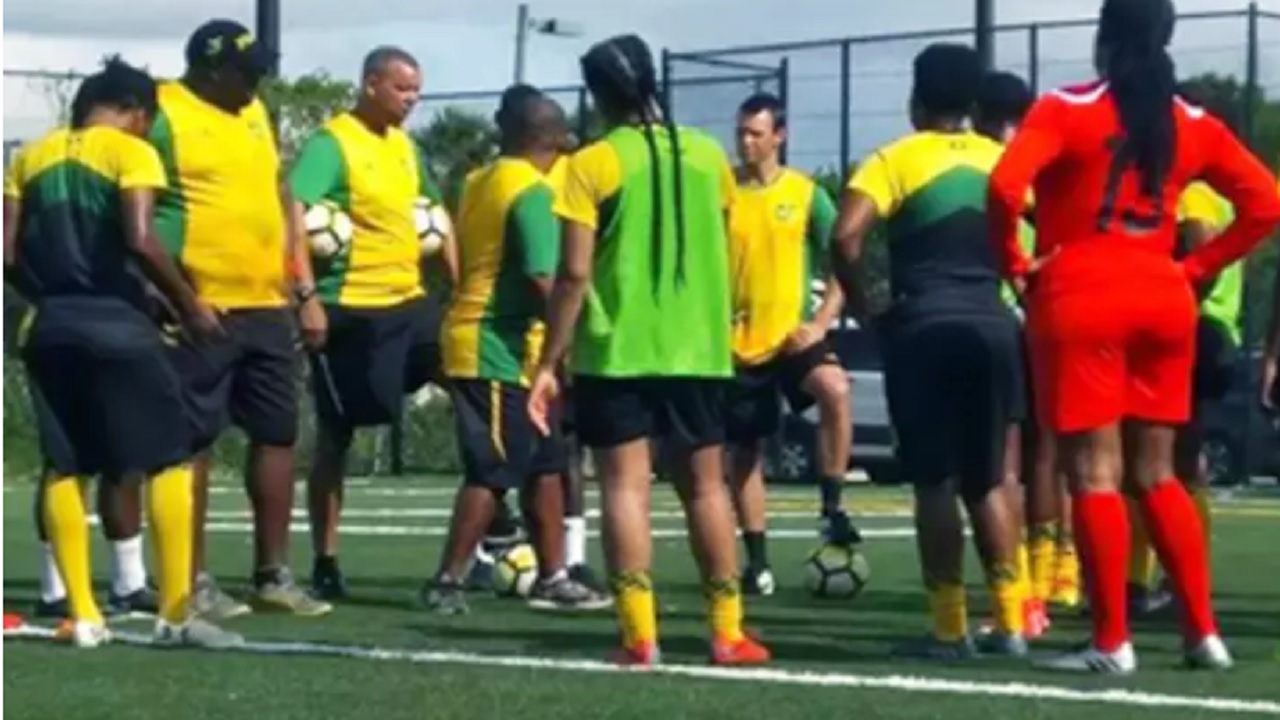 Members of Jamaica's senior Reggae Girlz at a training camp at the Spectrum Sports Performance in Orlando ahead of the World Cup Qualifiers for the 2019 FIFA Women's World Cup. (PHOTO: Jamaica Football Federation).

Jamaica's national senior women team on Monday arrived in Haiti for the Concacaf Caribbean Women's Qualifier 2018. The Reggae Girlz will contest Group B against hosts Haiti, Martinique, and Guadeloupe.

Jamaica will kick off their campaign against Guadeloupe on Wednesday at the Stade Sylvio Cator  while Haiti and Martinique will complete the doubleheader.

The Girlz will continue the round with a match-up against Martinique on Friday at 4:00 p.m., and finish off with a meeting against the hosts at 6:30 p.m. on Sunday.

Jamaica Head Coach, the USA-based Hue Menzies, is looking forward to the challenge of facing a week of French-flavored football.

"We have to play three French teams in a French-speaking area and only one gets out of the group, so it puts a little pressure on us, but we will take it a game at a time. And what's good is that a lot of these girls have a lot of experience when in high-pressure situations," he said, shortly after the contingent landed in Port-au-Prince after completing a weeklong camp in Orlando, Florida.

That camp, claims Menzies, played a critical role in merging the local- and overseas-based players and created the ideal platform to work on the tactical and strategic areas.

"It (the camp) was very crucial because we haven't got together in the last two years, so it came at the right time. However, we wish we could have had a major game before but it is what it is... we have to work with what we get," Menzies further said.

Considering that Jamaica's senior women's team has competitively been inactive for two years and the absence of a national competition, Menzies believes that aspect has led to the reliance on foreign-based players who have been active in various competitions across North America.

"The fitness level was good; a lot of the players were playing, so it makes it a lot easier transition; we had a scrimmage and that assisted in us evaluating the speed of the girls on and off the ball.

"I think we have a good group here, a heavily foreign-based group, so that tells us that obviously not having a league in Jamaica has robbed us of having more local-based players," said an obviously disappointed Menzies.

Still, the Jamaicans remain upbeat and see the prospects as being good going into the competition.
"I am excited about our progress in what I describe as a very motivated group, the cohesiveness has been excellent and obviously it is one of the best groups we have had.

"We just have to go out there and get the job done,"  Menzies concluded.

The Concacaf Caribbean Women’s Qualifier will be disputed in two stages. For the first stage of the regional qualifier, the 23 participating member associations were sorted into three groups of five and two groups of four teams.

Only the five first stage group winners will advance to the  final round of the Caribbean qualifying to be played August 18-26. The top three finishers of the final round will be the CONCACAF representatives to the 2019 FIFA Women's World Cup in France.

The fourth-place finisher will engage in an intercontinental play-off for the possibility of qualifying another Concacaf team.