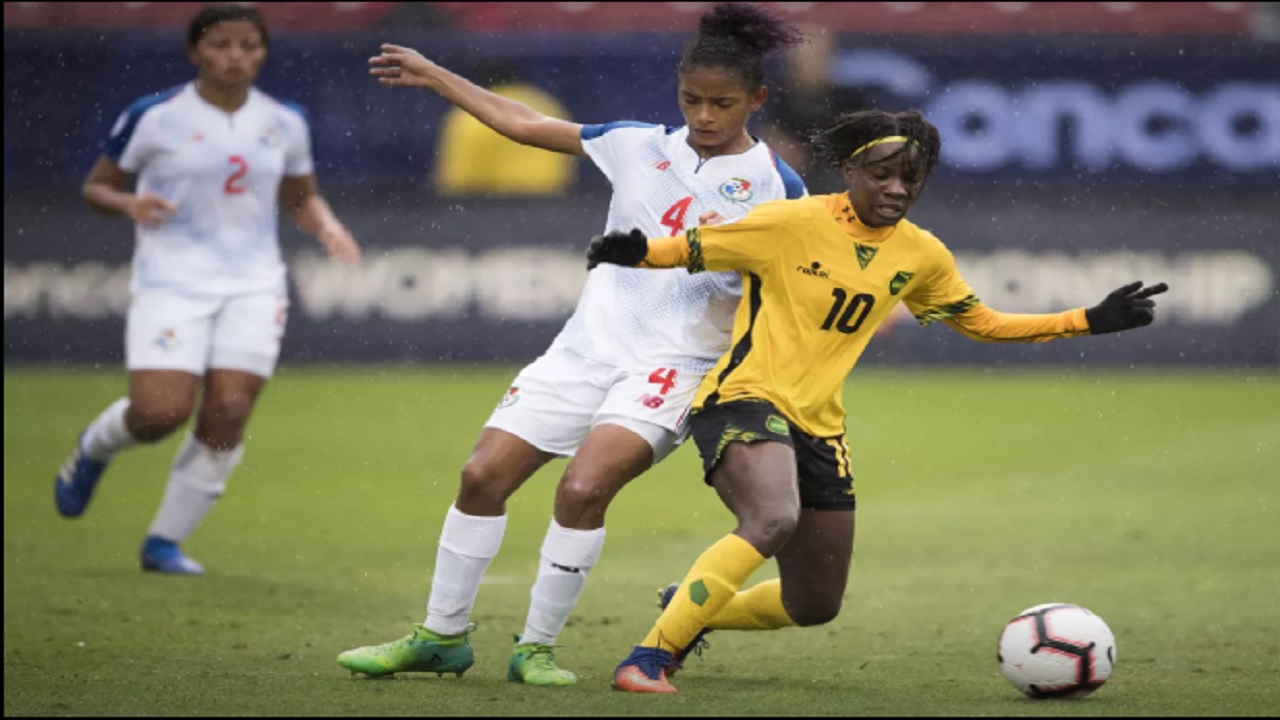 Reggae Girlz forward Jody Brown was selected as the best young player of the 2018 concacaf Women's Championship by the confederation's technical committee on Wednesday night.

The 16-year-old Jamaican received her prize moments after she helped the Reggae Girlz become the first Caribbean team to reach the FIFA Women's World Cup.

The Reggae Girlz achieved the feat by defeating Panama  4-2 on penalties in their third-place playoff match at the Toyota Stadium in Texas.

Brown's goal in the 95th minute allowed the Reggae Girlz to go 2-1 up in extra-time but Panama again equalized with Lineth Cendeno's goal in the 115th.

United States midfielder Julie Ertz was awarded the Golden Ball as the best player of the championship.

The Americans captured the title by defeating Canada, 2-0, in the final at Toyota Stadium.

U.S. striker Alex Morgan, who tallied the insurance goal against Canada, was named the winner of the Golden Boot as the top goal-scorer of the tournament with seven goals.

The USA also was named the winner of the Fair Player Award.

USA and Canada had already secured their spots in next year's World Cup with victories in the semifinals. Concacaf sends the top three finishers in the tournament to the World Cup.

Panama will still have a chance to qualify for France with a two-legged playoff against Argentina next month.