A Reggae Dad’s journey to France 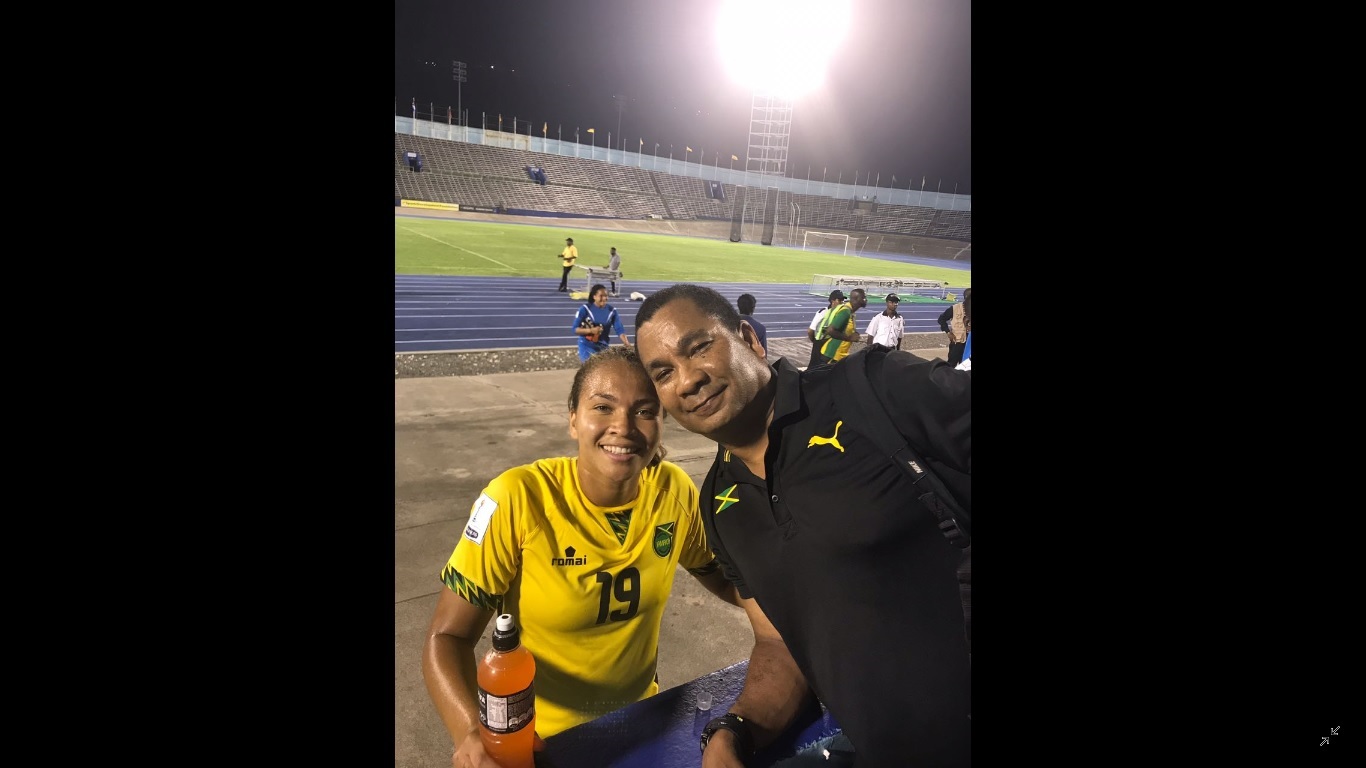 When the 23-member squad for Jamaica’s senior women’s football team for the FIFA Women’s World Cup was recently announced, no one was prouder than Christopher Patterson, the father of Reggae Girlz defender/midfielder, Toriana Patterson.

Toriana, who represents Italian club team Pink Sport Time, is hopeful of taking the field in the black, green and gold of her parents’ birth land when the team takes on tough opposition, starting on Sunday morning against powerhouse team, Brazil, at the Stade des Alpes in Grenoble, then taking on the 15th ranked Italians at the Stade Auguste-Delaune in Reims on June 14, before wrapping up their first round Group C fixtures against Australia back in Grenoble.

The dream of playing and making a mark in the biggest tournament in women’s football is almost a reality, but for the father and daughter team, it has been a long journey.

The elder Patterson, who is already in France to witness his daughter play first-hand, said it all started with an effort by himself and Toriana’s mother to get her away from video games, and encourage her to get some exercise outdoors.

“We just wanted her not to sit around the house playing video games all day. We encouraged her to get outdoors, and eventually she fell in love with soccer,” Patterson told Loop News.

But even then it was an uphill climb to work with the busy schedule that soccer demands in the United States, where Toriana was born. Also, soccer is seen as an elite sport in the US, and parents are forced to fork out tidy sums for their children to work their way up through the various age group stages at soccer clubs, school tournaments and training camps.

According to Patterson, as soon as his daughter recognised her talent at the sport, she began to represent her community, before becoming a regular starter for a youth club team in New York.

“It is very hectic when you play for an elite team in the US. Every weekend you travel all over the country. I attended all the matches that she played in. It was hectic, but I had no regrets then and I have none now,” Patterson said.

He also advised other parents to ensure that their children play outdoors, and steer them towards a fitness regime in their formative years.

“Make sure your children understand the value of exercise and staying healthy. You never know what it can lead to,” he said.

The Reggae Dad also emphasised the need for parents to keep their children focused on academics as much as they place importance on sports.

“Both go hand in hand. Regardless of how talented you think you child may be, never ease up on emphasising how important academics is to building their character. An educated individual will be more rounded and able to make better life decisions when that time comes around,” he said.

Toriana Patterson has been representing Jamaica since the under-15 stage, and for her, it was not a difficult decision to represent the country of her parents’ birth.

“I was raised as a Jamaican, with Jamaican customs and all. I have been coming to Jamaica since I was a young child and I am in touch with what it means to be Jamaican. I am very proud to represent this great country,” she said.

And the Reggae Girl is well aware that the Jamaican team will not have an easy ride on the pitches in France.

“This is the World Cup, we are aware of the strengths of our opponents. However, Jamaica is not going to the World Cup to be ‘also rans’. We intend to make a statement, and will be coming to play,” she said.

A view from the outside: All the best Reggae Girlz