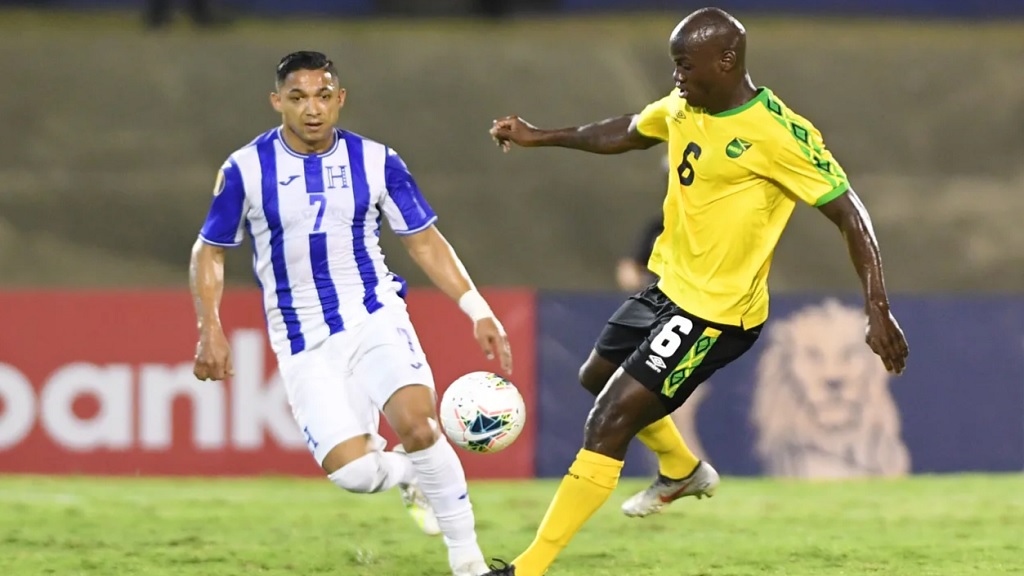 Jamaica's Dever Orgill (right) takes on Emilio Izaguirre of Honduras in the country's historic hosting of a Concacaf Gold Cup match on June 17, 2019 at the National Stadium in Kingston, Jamaica. Orgill scored two goals to lead the Reggae Boyz to a 3-2 victory. (PHOTO: Concacaf.com).

Andrew Lewis and Junior Flemmings have replaced Devon Williams and Peter Lee Vassell, who started in the 3-2 win over Honduras at the National Stadium in Kingston on Monday.

The remainder of the team is unchanged. Andre Blake starts in goal while Shaun Francis and Damion Lowe are the starting centre backs.

Alvas Powell and Kemar Lawrence start at full back while Michael Hector retains his position in central midfield.

Leon Bailey makes his second consecutive start up from alongside Brian Brown and Dever Orgill who scored a brace in Monday night’s win.

The match will be the fifth Gold Cup meeting between the two sides and could help decide one of the teams that would advance to the next round.

The most recent Gold Cup meeting between the teams was a 1-1 result in the 2017 edition.

The two teams faced off most recently in March, a match where El Salvador prevailed 2-0 at home in Concacaf Nations League qualifying. The scores on that day came from Gerson Mayen and a Damion Lowe own goal.