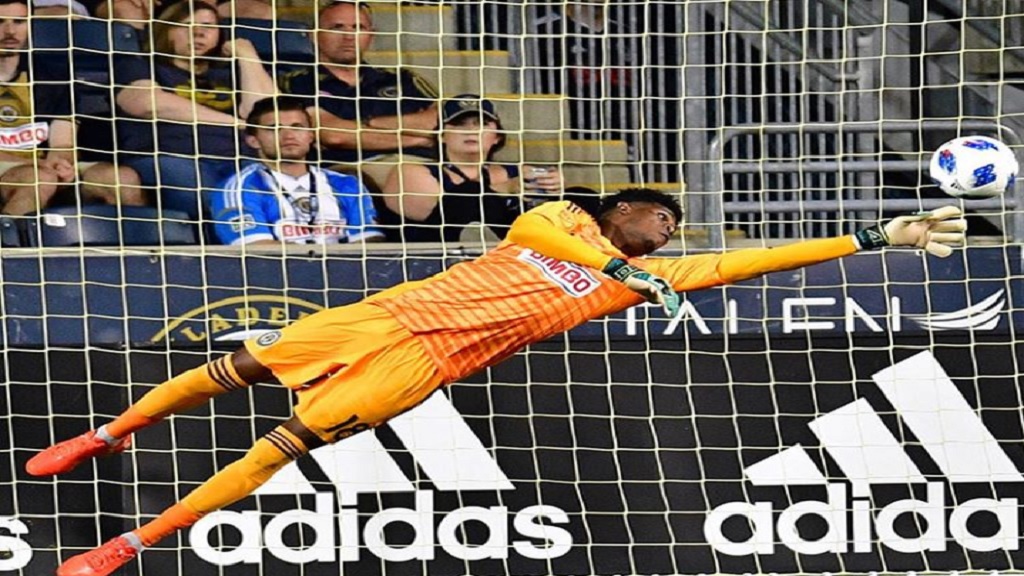 Andre Blake in action for the Philadelphia Union.

Jamaica national goalkeeper Andre Blake has been named the MLS is Back Tournament Golden Glove winner on Wednesday.

The Philadelphia Union custodian took to Instagram to show his appreciation.

"Let’s be grateful to people who are there with us day in and day out both on and off the pitch helping us to achieve our goals! On that note I want to take this time out to thank the Lord, without Him I am nothing. I also want to take this time out to thank my family, teammates, the coaches, the entire Philadelphia Union organization and of course the fans who have all made this possible. I am humbled to have received the golden glove award from the MLS is back tournament."

Blake has been in fine form since the restart of Major League Soccer (MLS) and his exploits between the sticks enabled him to lead all goalkeepers with 32 saves.

Blake produced an 86.5% save percentage, which was also the best among the league’s goalkeepers to help lead his team into the semifinals.

Blake kept two clean sheets in four wins, including a seven-save shutout of New York City FC in a 1-0 win in both teams' Group ‘A’ opener, and a  1-0 shutout of the New England Revolution in the Round of 16.

Of Blake’s 32 saves, 19 of them came on shots from inside the penalty area. Included in that total was a remarkable save on New York City FC’s Heber Araujo dos Santos in the 87th minute of the tournament-opening match on July 9, one which preserved the Union’s 1-0 victory and has been nominated for Save of the Tournament.

Blake in 2016 was named the MLS Goalkeeper of the Year, and on two other occasions has been a finalist for the end-of-season league honour.

The 29-year-old who hails from May Pen, Clarendon, was the No. 1 overall pick in the 2014 MLS SuperDraft out of the University of Connecticut, the first goalkeeper ever to be taken with the first overall selection in the history of the event.

The MLS is Back Tournament Golden Glove award was voted on by the media and the fans.

Andre Blake on 2017 Gold Cup: One of the best moments of my career