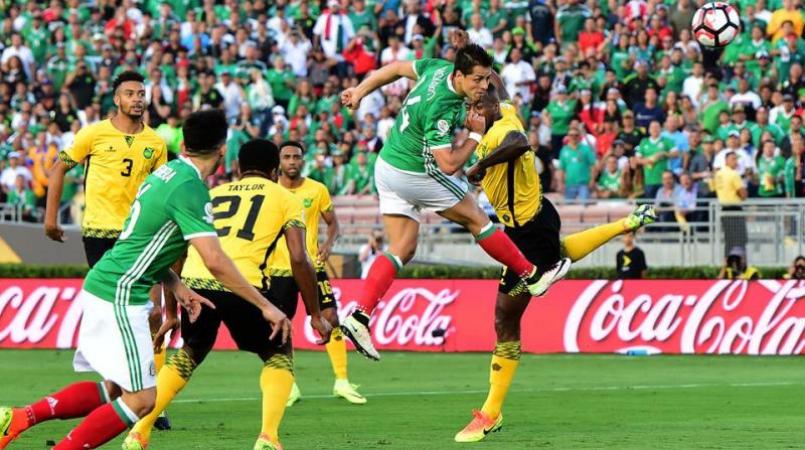 Jamaica's Reggae Boyz and Honduras will be joined in Group C of the 2019 Concacaf Gold Cup by El Salvador and Curacao.

The additional two teams were disclosed during the Concacaf Gold Cup Draw in Los Angeles on Wednesday.

A week before the official draw, Concacaf President Victor Montagliani had announced in Kingston that the Concacaf Gold Cup will be played in the Caribbean for the first time as a group-stage doubleheader takes place on June 17 in Jamaica.

Montagliani had also revealed that that Jamaica will join Honduras in Group C, which also plays in Houston on June 21 and Los Angeles on June 25.

Meanwhile, the United States will get a chance to exact revenge on Trinidad and Tobago at the Gold Cup after they were drawn together in a group that also features Panama and Guyana.

It was a 2-1 loss to Trinidad and Tobago in October 2017, coupled with Panama's dramatic win over Costa Rica, that meant the USA failed to qualify for the 2018 World Cup - the first time they had missed the tournament since 1986.

At this year's Gold Cup, defending champions the USA will face Trinidad and Tobago and Panama in Group D, as well as Guyana, who qualified for their first major tournament last month.

Mexico will face Canada, Martinique and Cuba in Group A, while Costa Rica will meet Haiti, Nicaragua and Bermuda in Group B.

The tournament, expanded to 16 teams from 12, begins on June 15 and most of the fixtures will take place in the USA, though double-headers will be staged in Costa Rica and Jamaica.