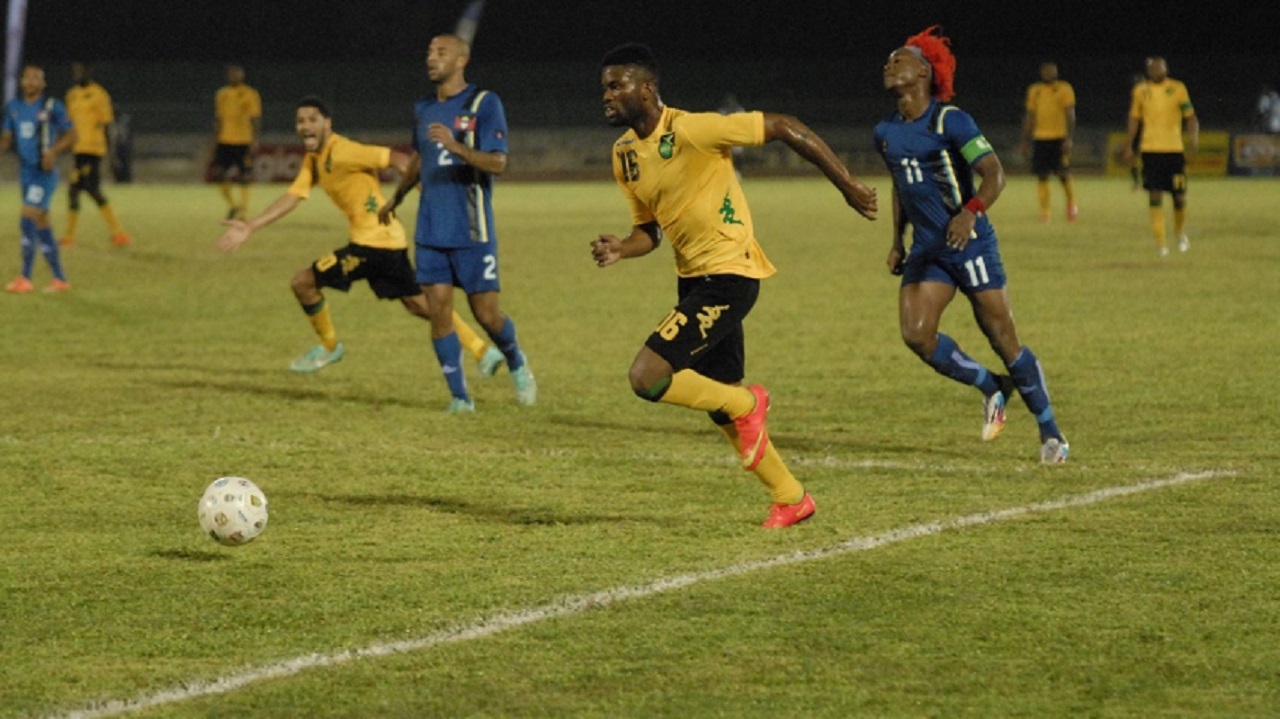 Jamaica’s Reggae Boyz secured a 3-1 victor over St Kitts and Nevis in a friendly international at the Newton Football Stadium in St Kitts on Thursday.

The Reggae Boyz went 1-0 ahead courtesy of an own goal from Justin Springer in the 22nd minute. Then two minutes later, Fabian Reid put the Reggae Boyz 2-0 up and Chevone Marsh completed the scoring in the 36th minute.

St Kitts and Nevis pulled back a goal in the 54th minute through Kennedy Isles.

The Jamaicans, who are without the services of head coach Theodore Whitmore, will next play against Antigua and Barbuda on Saturday night at the Sir Vivian Richardson Stadium before the, all-local contingent returns to their island on Sunday.

The games form part of the preparation phase for the newly-inaugurated Concacaf League of Nations tournament in September.

Jamaica have been drawn alongside the Cayman Islands, Bonaire, Suriname and El Salvador in the qualifying phase of the  Concacaf Nations League.