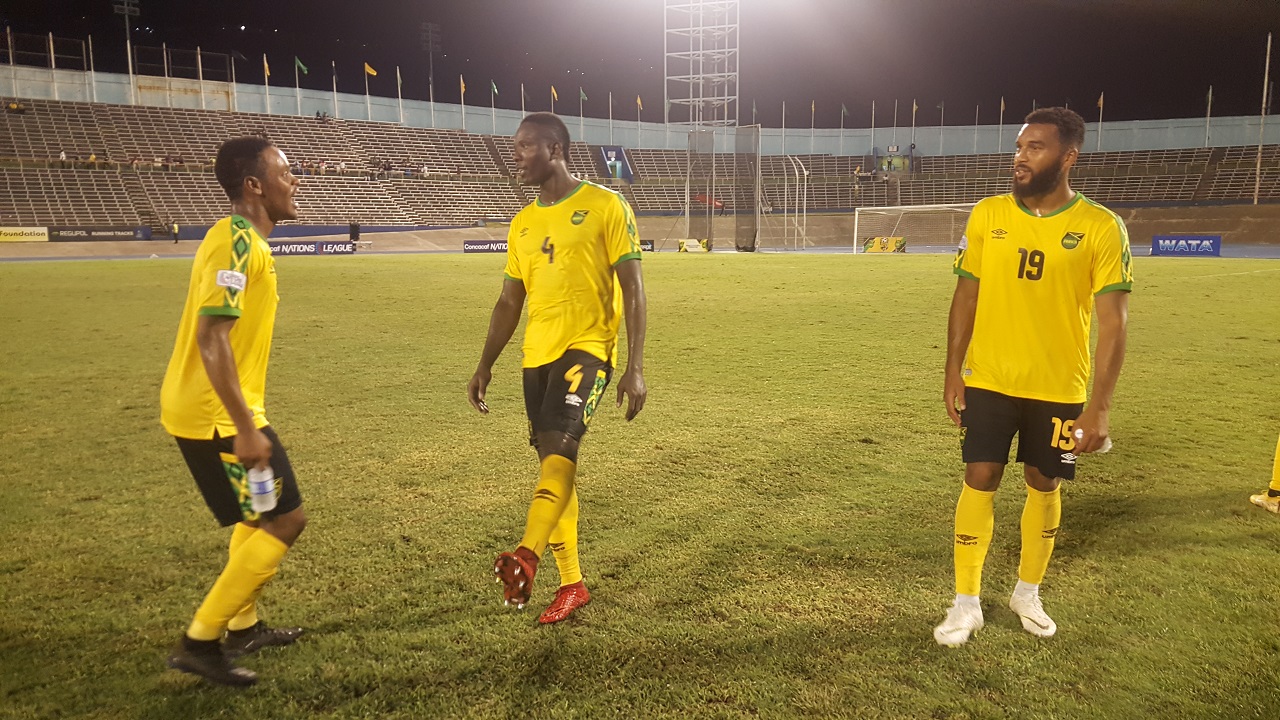 Jamaica’s Reggae Boyz secured promotion into League A of the Concacaf Nations League by defeating Antigua and Barbuda 2-0  in their Group C fixture of League B at the Sir Vivian Richards Stadium in Antigua on Friday night.

Apart from gaining promotion into League A, the Reggae Boyz also secured their spot to the 2021 Concacaf Gold Cup.

The win saw Jamaica extended their lead to a perfect 15 points with five matches played in the group.

In a lively game, it was the visiting Jamaicans who looked the more menacing team early on but were plagued by inaccurate passes and poor finishing in the final third. However,  the Reggae Boyz took a 34th-minute lead when Maalique Foster found his way around a number of players to knock the ball into an unguarded net after Antigua goalkeeper Molvin James had spilled an Alvas Powell shot from a tough angle.

The Jamaicans continued to enjoy the dominance in possession, but the hosts also put positive spell together, despite lacking a cutting edge in the final third.

The Reggae Boyz doubled their lead in the 58th minute after Ricardo Morris slammed the ball high into the roof of the net after being played through from a well-weighted Shamar Nicholson pass.  The Benna Boys threatened to at least get a consolation goal late on but D’Andre Bishop saw his 82nd minute shot charged down by the Jamaica backline.