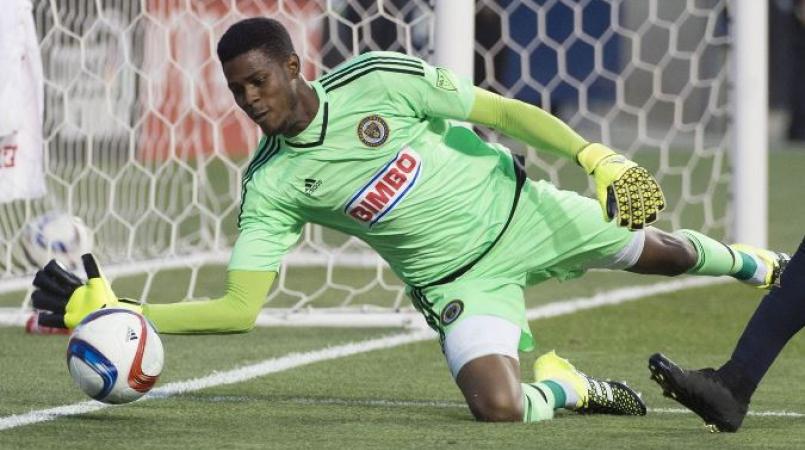 The 29-year-old Blake was subbed out in the 90th minute for Joe Bendik, suffering an apparent right-hand injury in the second half. He tried to play through the pain but was eventually removed.

“Early sounds from Andre – again, we'll wait until we can get pictures – I think his hand got tangled in the net,” Curtin said. “Obviously, when the goalkeeper has to come out of the game, it's not good, so I can just leave it at that. Not good in terms of the early prognosis but we'll see when we get some pictures and get some clarity.”

Blake has eight clean sheets in 21 starts this year and is considered a frontrunner for this year’s Allstate Goalkeeper of the Year Award.

The Jamaican took home the MLS is Back Tournament Golden Glove presented by Allstate this past summer.

Blake has been Philadelphia’s starting goalkeeper since the 2016 season. He was not named in the Reggae Boyz squad for the two away international friendly matches against Saudi Arabia next month.