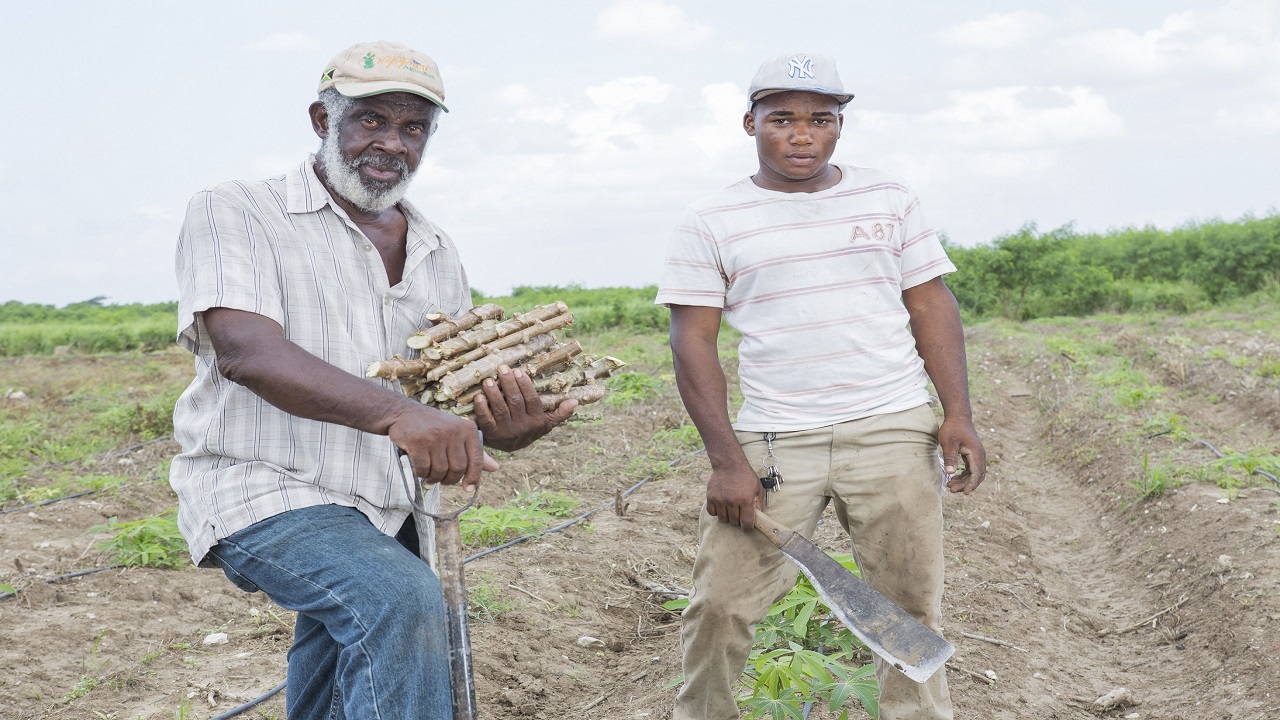 Carlton Fearon, who now farms alongside his 23-year-old grandson Oshane Williams, said that back in his younger days, farmers were able to make a decent living.

When 70-year-old Carlton Fearon was a boy, he had a dream of living on his own farming property in the country.

The Bernard Lodge, St. Catherine, native envisioned long, rolling acres of farmland along the countryside with cattle and produce to sustain his family and the neighbouring community.

Fearon realized this dream early and has enjoyed a career in agriculture spanning decades starting from his teenage years. His specialty crop of choice was his beloved sugarcane, though he also grew oranges and tobacco while rearing cattle and pigs to supply the meat-processing industry.

In recent years, however, Fearon has faced a number of hardships that he says has caused many farmers to abandon the noble field. Determined to remain in the industry he loves, he has now decided to try his hand at the cassava crop as part of Red Stripe’s Project Grow.

The Jamaican beer company’s flagship agricultural project was launched in 2013 for the purpose of using cassava as the local alternative to importing high-maltose corn syrup for use in its production process.

In an effort to further the development of the agriculture sector and give local farmers an opportunity to earn, the 99-year-old company made the decision to utilize the popular crop based on its ease to process while not interfering with the signature beer’s taste and colour.

Business Development Manager for Local Raw Materials at Red Stripe, Dr. Cavell Francis-Rhiney, in speaking about the importance of the programme, said, “Project Grow has many benefits for our local farmers, most importantly, security and consistency within a fluctuating market with Red Stripe as the contracted buyer for a three-year period. It also gives them the opportunity to broaden their expertise as we will provide intensive assistance throughout the growth process.”

Also among these benefits is having access to information from Red Stripe’s farming and growth experts,and the initial provision of a ‘farmer’s kit’ that aids farmers in covering 35 to 40 per cent of the overall

production cost. The kit, which is optional, contains planting materials, irrigation equipment and fertilizer for the first year of production. 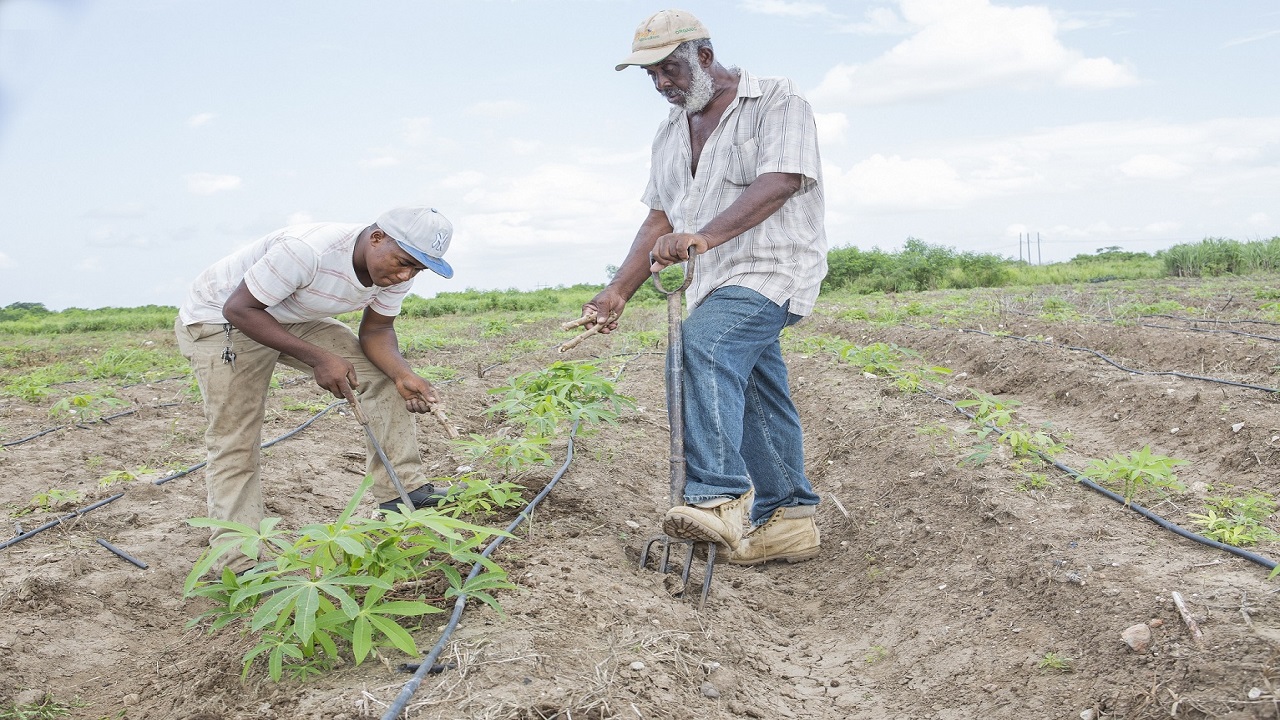 Fearon, who now farms alongside his 23-year-old grandson Oshane Williams, said that back in his younger days, farmers were able to make a decent living. Now, he says, the business is difficult as it is generally without a steady market of buyers while being plagued by cases of theft and arson.

Fearon and Williams, like many other farmers who have signed up to be part of Project Grow, believe that it will be the catalyst of change they have been waiting for and the helping hand they need to continue in the industry. The duo has so far planted the nine-month cycle crop, along with 33 other farmers who have met Red Stripe’s criteria including location, size of farm, and access to water. They have not yet reaped to make any earnings on their three-year contract with the company, however, they anticipate that earnings will be worthwhile.

Excited about the crop’s security in production, Fearon has now been able to avoid common farming problems such as arson and praedial larceny. He said, “Mi have cane and dem burn down the cane field and mi nuh get nutten from it. One hundred acre of cane – with one stick a matches, everything sweep down. Yuh cyaa do the cassava dat since it underground.”

The multi-generational farmers also stated that the initiative gives them great national pride in being part of a movement that will allow the world-renowned and internationally acclaimed beer to not only be manufactured locally, but to also be produced, in majority, with authentically Jamaican materials.

The young Williams said, “Is a good thing Red Stripe doing. Mi believe it must make with the local ting dem. We can produce it, so ah here so fi mek it. And, ‘Jamaica’ is already a commercial brand.”