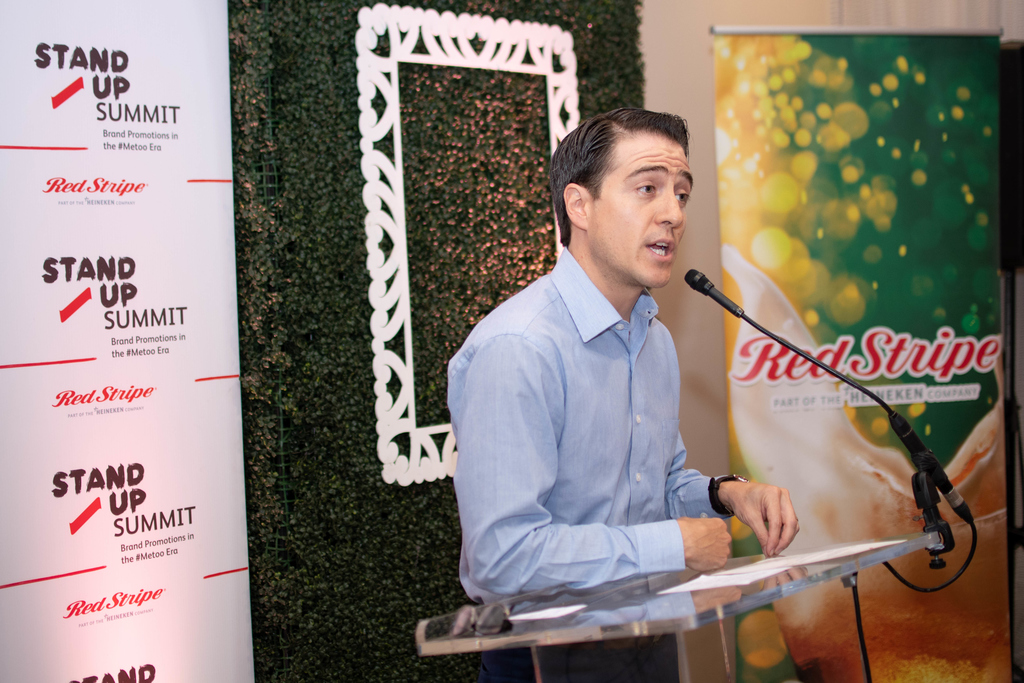 Red Stripe Managing Director Ricardo Nuncio said going forward the company will adjust the uniforms of brand promoters, which will be diversified in an effort to establish gender neutrality.

Red Stripe recently hosted its “Stand Up” Summit with stakeholders from the government, business and academia to build support for a shared policy to provide safe working environments for brand promoters.

He said, going forward, the company will adjust the uniforms of brand promoters, which will be diversified in an effort to establish gender neutrality

According to Nuncio, it was a hard decision for the company to make.

“At times you realise that something needs to be changed and you have a huge internal debate and things like these are never easy because this is a very important change," Nuncio told the Stand Up Summitt held at the Courtyard Marriot Hotel in New Kingston last Thursday.

"And you hear a few words like, but it's cultural. It is part of how it is, you have to come here to understand. So you hear all of this and you cannot say it’s okay, leave things as they are. It's not okay," Nuncio said.

Red Stripe’s Brand Promoter Policy also sets guidelines for transportation to and from work, fair wages and an employment contract. It seeks to protect staff directly or indirectly employed to Red Stripe, including third-party suppliers. 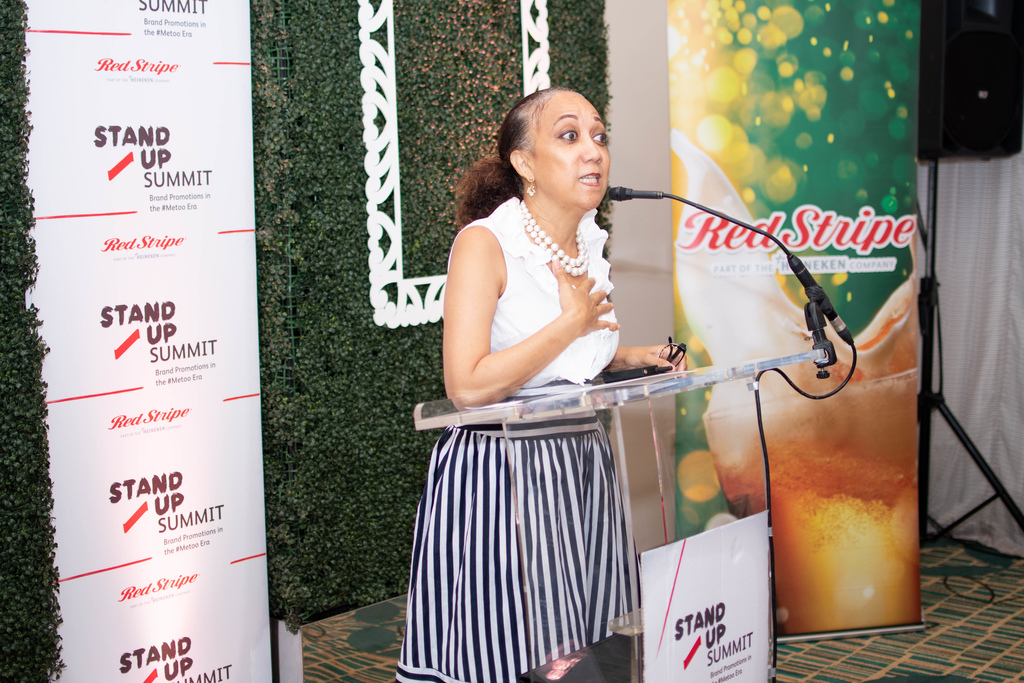 “We believe promoting our brands should be an attractive professional step for both men and women and as such we want to give more brand promoters the opportunity to develop their careers and progress into other roles within our company. We also want to build more gender diverse teams of Brand Promoters over time that better reflect the broad diversity of our business," said Red Stripe Head of Corporate Affairs Dianne Ashton-Smith.

Ashton-Smith went on to call on stakeholders to begin collaborating to "improve the working conditions of more people working not just in our industry but in workplaces all across Jamaica."

She added: "We recognise that both these aspirations will take some time to achieve but we are committed to making them happen."

Click the slider for more photos from the Stand Up Summit.

With the Brand Promoter Policy, Ashton-Smith said Red Stripe is taking a stance, despite the slow pace of local legislation to cover sexual harassment in the workplace, with a bill in parliament yet to be passed.

“We believe all human beings are born free and equal in dignity and rights. We also believe we must continuously improve our business practices to reduce reputational risk."

In providing an update on the status of the sexual harassment legislation, Senior Director from the Bureau for Gender Affairs in the Ministry of Gender Sharon Coburn Robinson said the legislation is now with the Chief Parliamentary Counselor’s Office for review.

Once approved, it will go to the Legislative Committee which is chaired by the Minister of Justice.

Part of the legislation will include the establishment of a special tribunal that will investigate and review cases of sexual harassment.

"This is too important a legislation to be delayed any further and so we will continue to push until it happens," Coburn Robinson said.

She went on to encourage other companies to follow in the footsteps of Stripe and implement policies that promote equitable treatment in the workplace for all genders.

"Jamaica has come a long way in terms of protecting the rights of women and empowering them to stand up," she said. 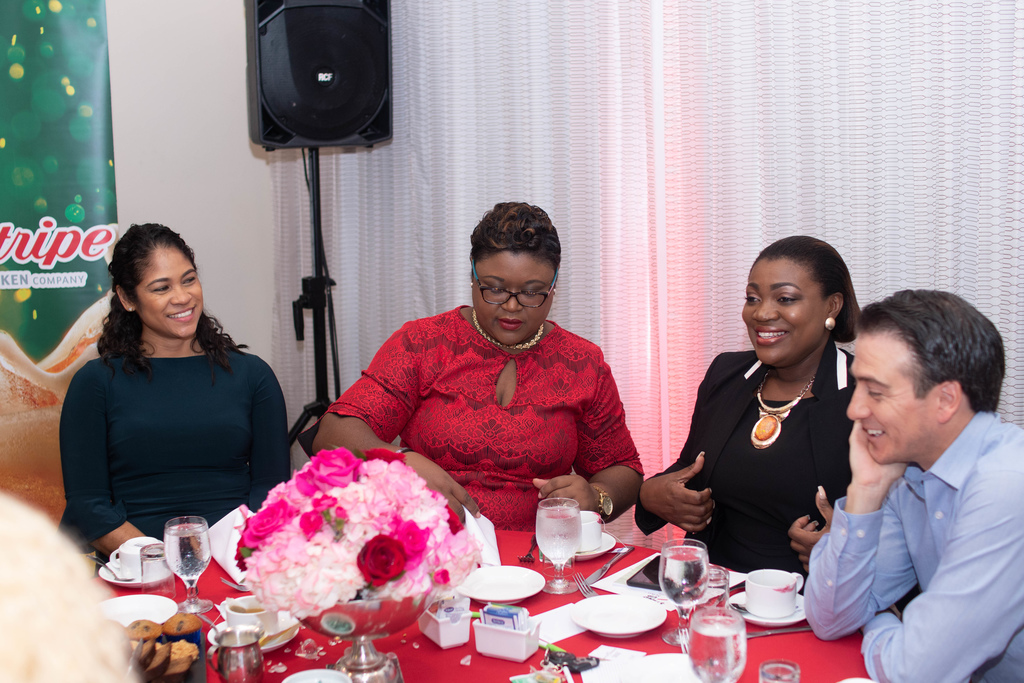 Guests at the Stand Up campaign launch.

A local 2016 Women’s Health survey states that 23 per cent of Jamaican women have been sexually abused by men other than their partners; 24 per cent reported being sexually harassed at some point in their lives; 15 per cent experienced sexual touching; 12 per cent had men attempt to forcibly have sex with them; and 23 per cent have complete strangers committing non-partner sexual violence against them.

“These are damning statistics and perhaps even more damning is the degree to which women are subjected to sexual harassment at work, unconfined by geography or a specific industry,” Ashton-Smith said.

Red Stripe gives back to local communities for 100th anniversary