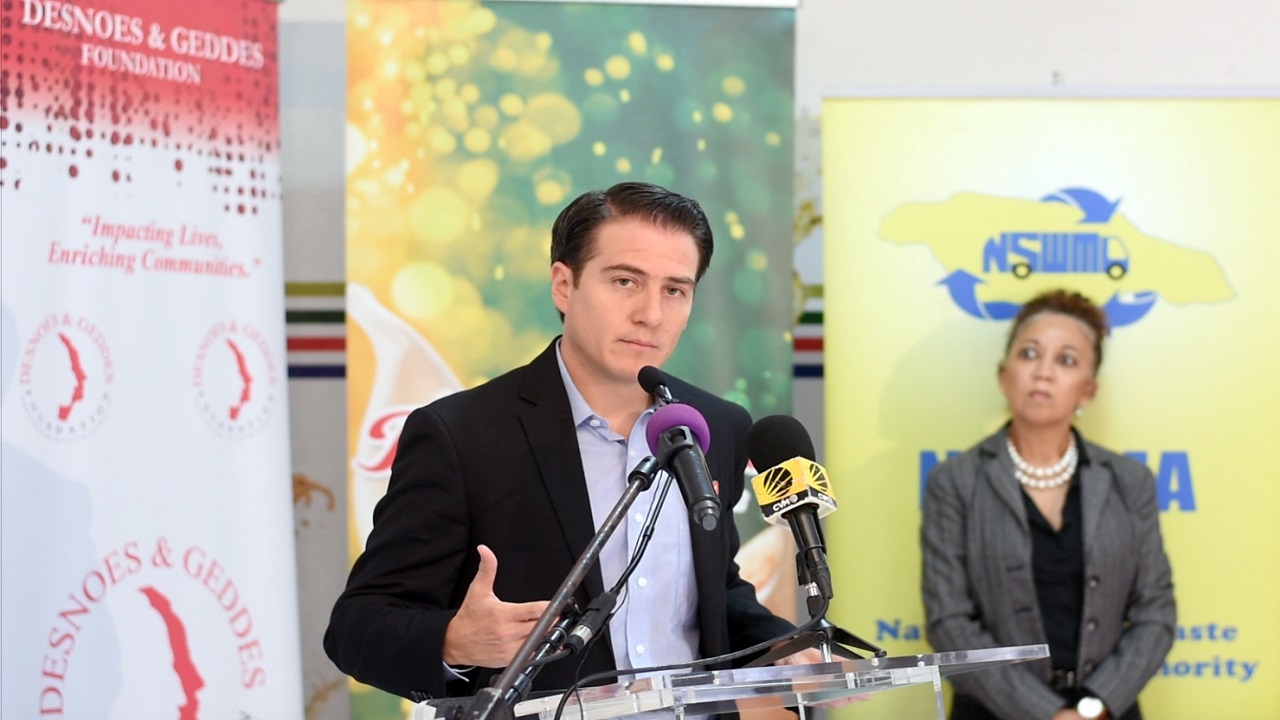 Red Stripe Managing Director Ricardo Nuncio made the disclosure on Friday at a ceremony which saw, Desnoes and Geddes Foundation donate $1 million to the National Solid Waste Management Authority (NSWMA) for the procurement of surveillance equipment at the Riverton City Landfill.

“We are still running the numbers but it is definitely an impact that is big," Nuncio said.

Last month’s fire at the landfill, situated metres from Red Stripe, affected the company’s ability to supply the market with the various products manufactured at the plant and resulted in loss of production time.

Additionally, products manufactured during the fire had to be sent overseas for testing to ensure it met consumption quality.

“There is still some analysis that we are doing related with the quality of products that were brewed during the fire, which has now actually been released. We have very stringent quality measures, so we had to send samples all the way to Amsterdam to be tested to ensure that the product is absolutely good for consumption,” Nuncio said.

“We had to cancel five shifts during the night. We lost a total amount of about 40,000 cases that could not be used. That impact is still being reviewed. So that comes at a cost,” the Red Stripe boss added.

Fortunately for Nuncio, the company will be able to recover lost production time from overtime work.

According to Nuncio, at the start of the fire, the management of the company, with the safety and health of the employees foremost, had to make tough decisions.

At the onset, Red Stripe initiated its crisis committee, which took measures to protect the safety of employees.

The fire, which took place last month, affected the corporate area for approximately one week, as while the flames were doused within days, a lingering smoke persisted.