And, in a recent episode of the popular Hulu rom-com High Fidelity, viewers may have recognised the familiar beer brand. 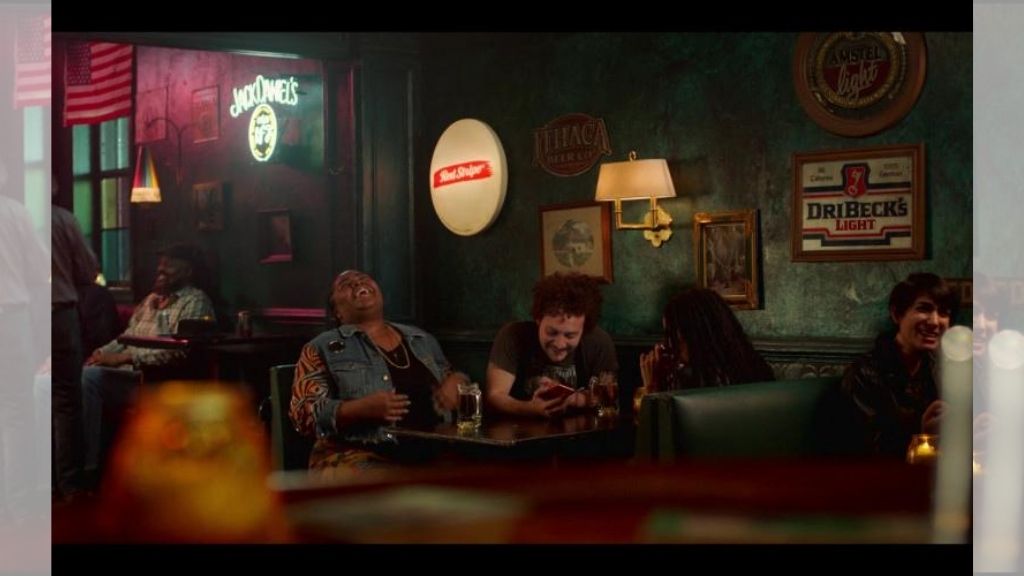 Today, Red Stripe is available in more than 50 markets worldwide, giving credence to its global appeal.

For some insight, Crown Heights, Brooklyn has a majority West Indian and African American population according to a 2010 census that reflects the most varied population of Caribbean immigrants outside the West Indies.

Additionally, the Eastern Parkway, the main thoroughfare through Crown Heights is the stomping grounds for the annual West Indian Carnival – of which some 3.5 million people participate in annually.

In short, they’re no strangers to Red Stripe in Crown Heights, an indication of the tremendous global appeal and popularity of the brand.

This is not the first such appearance of the brand in Hollywood, either.

The brand’s first and possibly most memorable role in a feature film was back in 1962 in the iconic James Bond flick Doctor No.

‘The appearance of Red Stripe Beer in the popular Doctor No film is one that changed the path for our locally brewed [lager].

Outside of that, it was a proud Jamaican moment, not only for Red Stripe, but for Jamaicans everywhere to see a locally made product on the world stage,’ said Red Stripe brand manager Jodi Hylton.

In the Bond classic, the award-winning brew was spotted in several scenes, including the scene at Puss Feller’s bar, where the famous fictional character, Quarrel, was seen drinking a Red Stripe beer.

In another memorable scene, 007 throws the characters Quarrel and Puss Feller into a stack of cases of Red Stripe.

Over the years, ‘The Great Jamaican Beer’ has developed its reputation as a Jamaican icon while staking its claim as one of the best beers around – satisfying consumers in and outside of bars and restaurants.