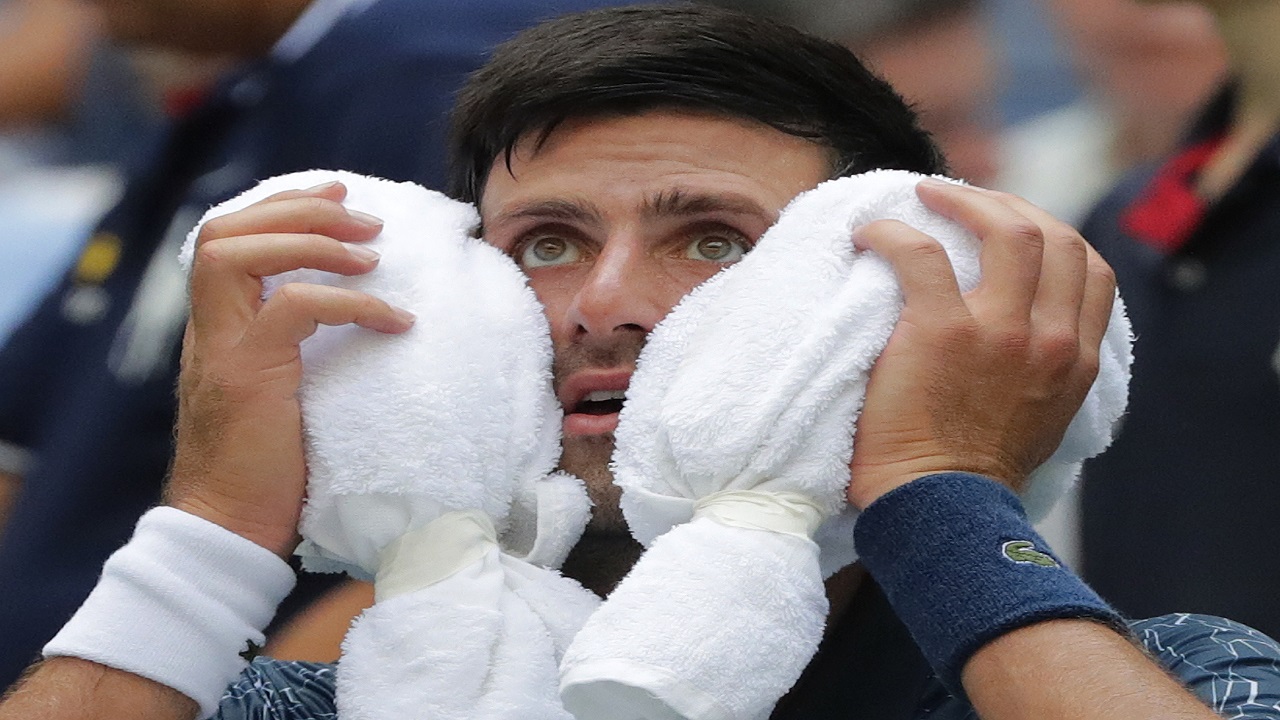 Novak Djokovic, of Serbia, puts an ice towel to his face during a changeover in his match against Marton Fucsovics, of Hungary, during the first round of the U.S. Open tennis tournament, Tuesday, Aug. 28, 2018, in New York.

Players scrambled for relief from the heat and some retired from their matches when they couldn't find it at an overheated second day of the U.S. Open.

Novak Djokovic said he felt sick during a changeover in his match on a day when conditions were so difficult because of the heat that U.S. Open officials extended to men an extreme heat rule that only exists on the women's tour.

The WTA rule allows women to leave the court for 10 minutes between the second and third sets, and on Tuesday men were allowed to take similar breaks between the third and fourth sets.

Even that wasn't enough on a day when a heat advisory in New York went into effect at 11 a.m., the same time play began, and was to remain until 9 p.m. Wednesday, with temperatures in the mid-90s and heat index values in excess of 100 degrees (38 Celsius).

"Ten minutes? I would have needed an hour and a half," said Leonardo Mayer, an Argentine who retired in the fourth set and said men's players need to stop playing five-set matches in Grand Slams.

Four players quit playing during their matches, and the ones who won quickly while covering their necks with ice towels during breaks considered themselves lucky.

"I really tried hard not to play the third one in this kind of heat," women's No. 5 seed Petra Kvitova said.

Other women's winners included No. 2 Caroline Wozniacki, who ousted 2011 champ Sam Stosur, and No. 10 Jelena Ostapenko.

The No. 6-seeded Djokovic headed to a fourth set with Marton Ducsovics after the players took a break following the third. It was the Serbian's first U.S. Open match since losing the 2016 final to Stan Wawrinka.

Djokovic could face a quarterfinal matchup with No. 2 seed Roger Federer, the five-time champion who meets Yoshihito Nishioka of Japan in a night match.