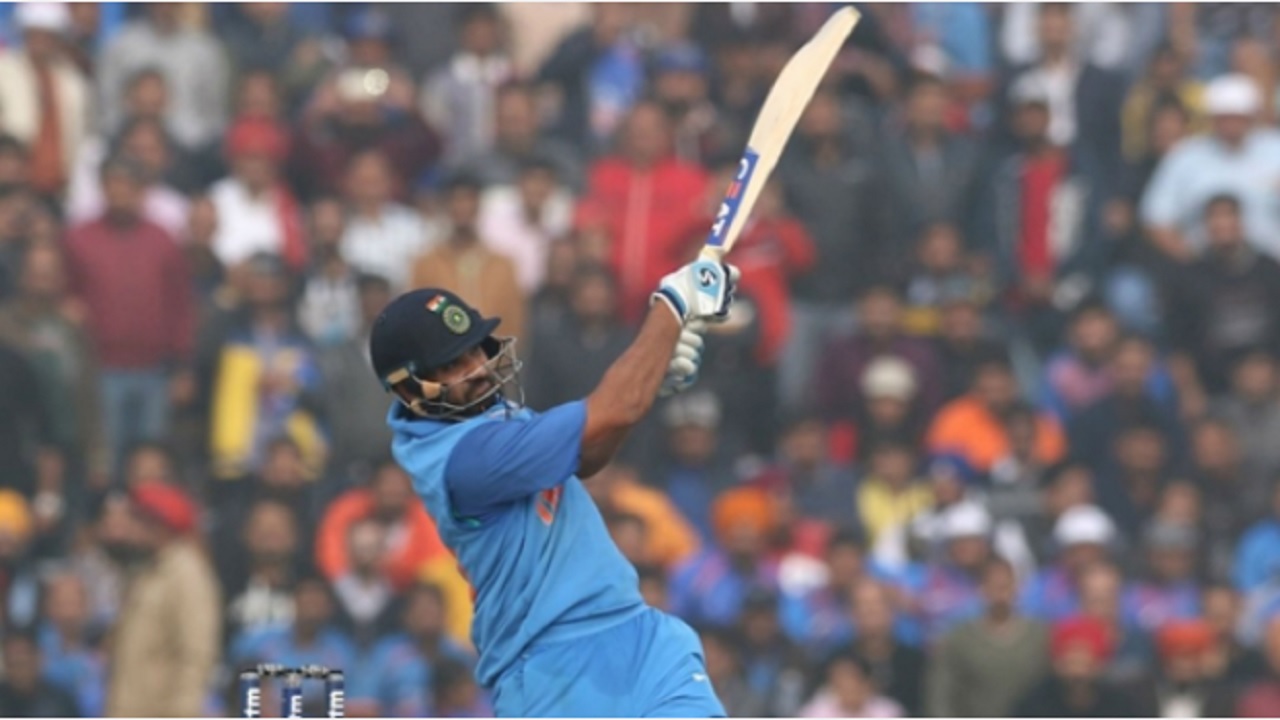 Rohit Sharma equalled the quickest Twenty20 International century with a breathtaking blitz in Indore as India thrashed Sri Lanka by 88 runs to wrap up the series with a match to spare.

Stand-in captain Rohit and KL Rahul (89 from 49) put on 165 for the first wicket - a record for their country - and India went on to post the joint-second biggest T20 International total of 260-5 on a great track.

Rohit bludgeoned 10 sixes and 12 fours in a sublime knock, taking only 12 balls to move from 50 to his second T20 hundred for his country and leave Sri Lanka facing a massive run chase.

Rohit struck a couple of fours off the first over from Angelo Mathews and both openers struck a six off a fifth over from Nuwan Pradeep which went for 17.

The elegant Rohit timed the ball exquisitely and used his feet superbly, shifting through the gears and reaching his half-century by easing Asela Gunaratne for six over midwicket before taking 14 off the next three balls.

Rohit brought up his hundred only three overs later by slapping Mathews over cover to the boundary after striking four sixes in a Thisara Perera over which cost the Sri Lanka skipper 26 runs.

Mathews limped off with a hamstring injury running in to bowl the next ball following Rohit's record-matching moment, but Dushmantha Chameera ended the captain's onslaught when he could only guide a slower ball bouncer to short third man.

The runs continued to come easily for Rahul, who cleared the ropes eight times and looked set for a hundred until Niroshan Dickwella took a superb diving catch to give Pradeep a second wicket in the penultimate over and India fell short of Australia's record total of 263-3 despite a brisk 28 from MS Dhoni.

Dickwella (25) was put down by Rahul in the second over before Jaydev Unadkat (1-22) sent him on his way, but Tharanga and Kusal made a game of it with a superb second-wicket stand of 109.

Kusal hit seven sixes in a thrilling innings, but Kuldeep and Chahal - who also took four wickets in the series opener - tore through Sri Lanka in a flash, the former taking three wickets in the 15th over after his fellow spinner had Tharanga caught and bowled in another emphatic India win.