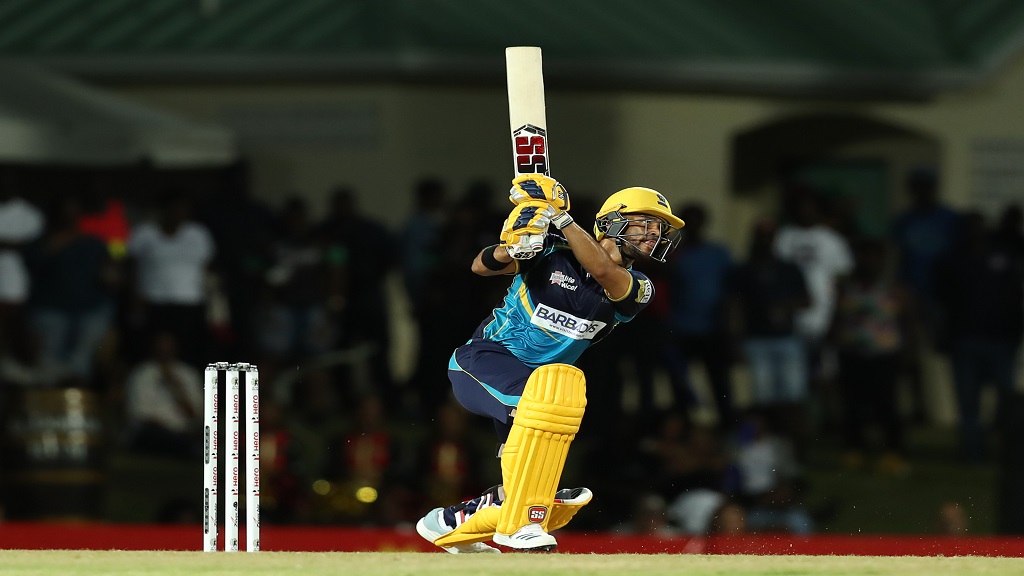 Having chased a Hero Caribbean Premier League (CPL) record of 242 on Tuesday night, St Kitts & Nevis Patriots were brought back down to earth by Barbados Tridents on Wednesday.

While Jamaica Tallawahs had been unable to defend 241 for four in St Kitts 24 hours earlier, 186 for two proved enough for the Tridents to run out 18-run winners.

After the previous day’s heroics, the Patriots would have been confident of another victory but they were immediately placed on the back foot in their run-chase by Tridents skipper Jason Holder. He removed Devon Thomas with the first ball he bowled – a beauty that nipped away just enough to find the outside edge – and then had another of Tuesday night's key performers Evin Lewis skying a catch to cover in the same over.

Laurie Evans made a classy 64 from 41 with boundaries all around the ground, but nobody else was able to stay with him and score at the required rate.

Jason Mohammed was strangled down the legside by Roshon Primus for 12 before the Tridents’ leg-spinners made a decisive move with four wickets in three overs before rain held up the victory charge. 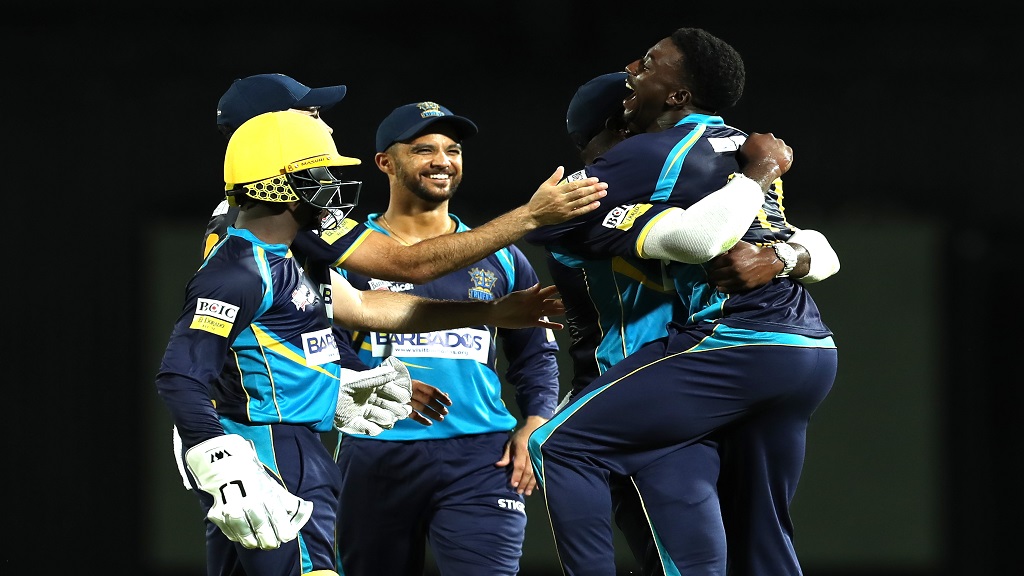 Nepal leg-spinner Sandeep Lamichhane bagged two wickets in his third over. First Shamarh Brooks was smartly caught by Ashley Nurse running back from cover for 13 before the key wicket of Evans, caught by Josh Lalor at short fine-leg from a top-edged sweep.

A pair of googlies brought two more crucial breakthroughs in the next two overs, Fabian Allen bowled by Hayden Walsh Jr and Carlos Brathwaite lbw to Lamichhane for just a single run between them to leave the Patriots deep in trouble at 107 for seven needing 80 runs with just 31 balls left when a sudden downpour sent the players scurrying for cover.

The rain, which came down hard, held up the Tridents by 45 minutes. When play resumed, Walsh Jr promptly bowled Usama Mir, who got nowhere near an attempted slog and lost his off stump.

Rayad Emrit fell looking for his second six of the night but instead picking out Jason Holder at long-on off Lalor.

Dominic Drakes had some fun despite the hopelessness of the situation, hitting Holder for three huge sixes in the 18th over and in all slapping 34 not out off 13 balls in an unbroken 10th-wicket partnership of 49 with Alzarri Joseph to end the night as the Patriots second top-scorer and make the final margin of defeat far closer than it might have been. There may not have been as many records as the previous day’s game, but here was one: Drakes’ 34 not out is the highest ever T20 score by a number 11.

The Tridents were indebted to an explosive late injection from Duminy to get a competitive total on the board after being tied down themselves for much of their innings.

Alex Hales got things off to a lively start with four fours through the offside inside the first three overs of the innings, but after he was dismissed caught behind trying to run Emrit down to third-man, the scoring rate dropped dramatically.

On a ground where a record-breaking 37 sixes were struck the night before, the Tridents didn’t clear the ropes until Johnson Charles picked a length ball up off his pads over the legside off Brathwaite.

Charles had started slowly but began to find his range and struck back-to-back Hero Maximums off Usama Mir to reach his half-century in 41 balls. He fell two balls later, though, picking out Brooks – who also dropped a couple of simple catches – at deep midwicket looking for a third six of the innings.

Keeper-batsman Leniko Boucher made his first Hero CPL half-century in an innings of increasing authority. Having taken 22 balls over his first 22 runs he added 40 more from the next 25 he faced to finish unbeaten on 62 with four fours and three sixes to his name.

It was Duminy, though, who was most responsible for lifting the Tridents to what would prove a match-winning total, smashing an unbeaten 43 from just 18 and striking the ball noticeably cleaner than his team-mates. He sent four balls sailing way over the ropes with 73 runs coming from the final six overs when the South African veteran was at the crease. 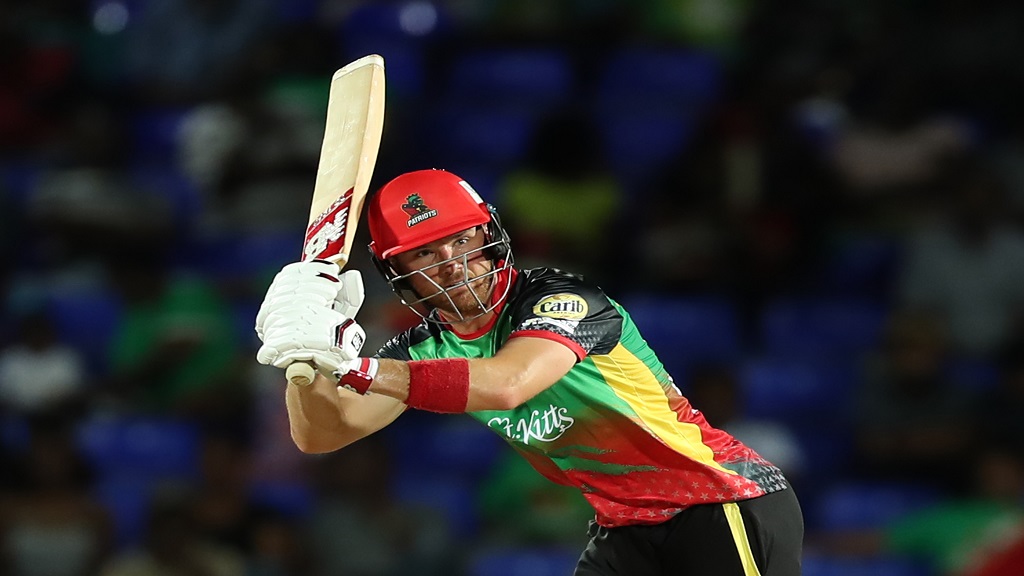 Laurie Evans of St Kitts and Nevis hits a boundary.