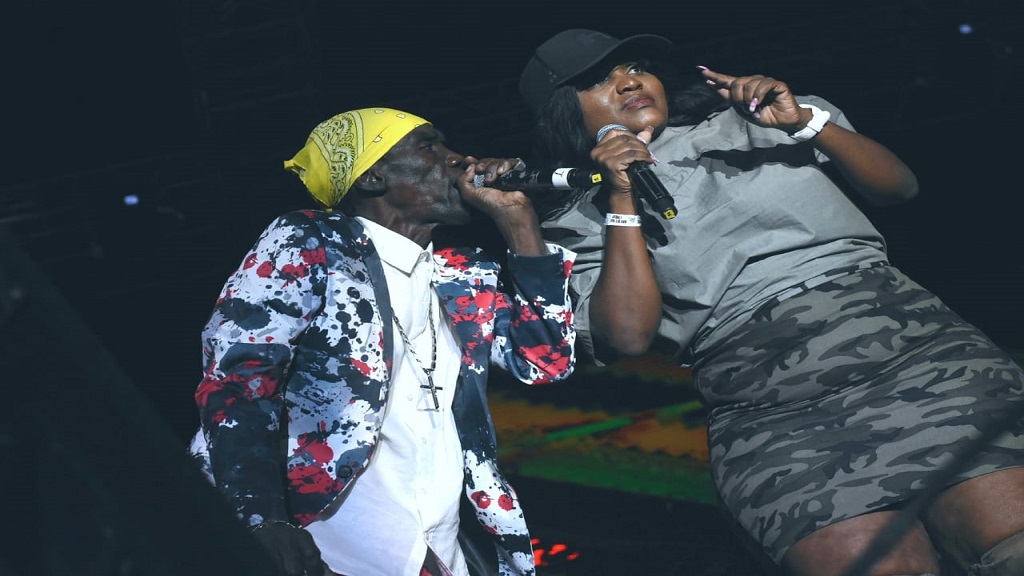 General Trees performs with his daughter Lady Plus Plus at Rebel Salute 2020 in St Ann on Friday. (Photo: Marlon Reid)

General Trees took to the Rebel Salute stage at Grizzly Plantation Cove in St Ann on Friday and delivered a fairly good performance despite still recovering from a debilitating stroke he suffered last year.

The veteran toaster performed with a noticeable slur but the health bump did not take away from his set as he elicited love from the thousands on the vast and lush property.

In an interview with Loop News after his performance, Trees' daughter Lady Plus Plus, who had joined her father on stage, confirmed that he suffered a stroke last year and said he was slowly recovering. She said Rebel Salute was the first show that he was doing since the health setback.

With General Trees by her side and speaking sparsely, Lady Plus Plus said they enjoyed the performance, which he nodded in agreement with and said "yea".

She said while she has been performing for a long time, she had taken a break, but decided to join her father on stage in his comeback performance.

According to Lady Plus Plus, General Trees is booked for another show in Canada soon.

They performed 'Gone A Negri'l and other known hits that charted for the dancehall veteran but throughout the set.