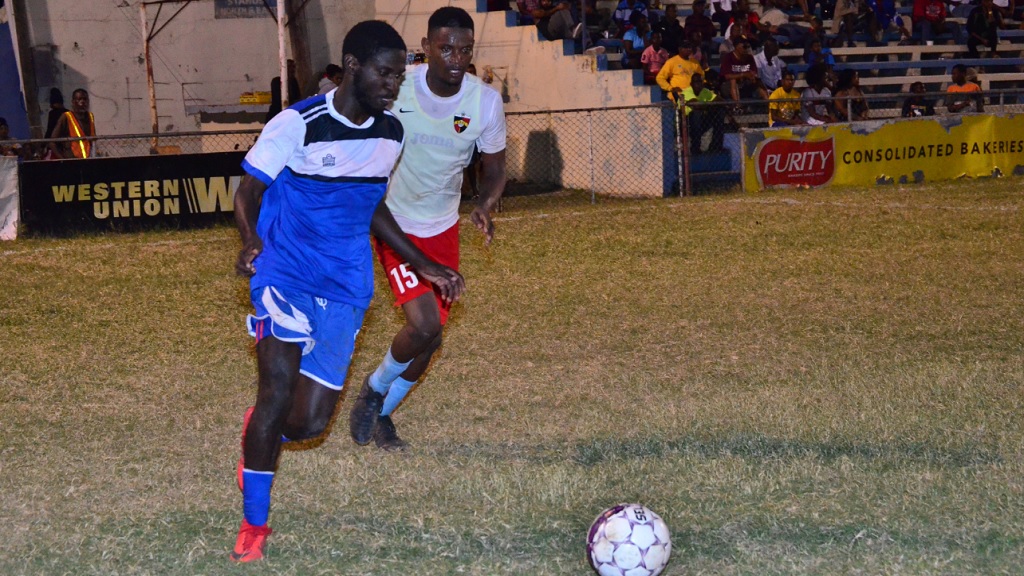 Highly-placed Zone B teams, Real Mona FC and Molynes United, will be involved in a big clash on the Magnum KSAFA Super League doubleheader at the Constant Spring Complex on Saturday, beginning at 8:30 p.m.

The first game will be contested by Constant Spring FC and Meadforest FC and it is set to kick off at 6:30 p.m.

At this stage of the preliminary round, competition is largely based on securing spots higher up the table as the top four who will move onto the quarter-finals are virtually assured.

Defending champions Barbican, the only unbeaten team this season after securing five wins and two draws, lead the standings with 17 points, four more than Real Mona, while Molynes United and Meadforest are tied on 11 points, with Molynes holding down third on the basis of a superior goal difference.

Real Mona will bank on attacking players who have already gotten them goals this season, including Jamoy Sibbles, Ryan Reid and Claude Allen, while Molynes United FC will also look to their proven goal-getters, Tyreke Sutherland, Orane Farquharson and Ryan Brown to get the ball in the net at the other end.

Teams that finish higher up the ladder will face teams from the lower end from the other zone when the competition gets to the play-off stage.

Among the top four, promoted Meadforest appear to have the best chance to boost their standing with maximum points, as they are up against second from bottom Constant Spring, which have five points.

The latter, though lowly placed, are not out of the running for the quarters, but they would have to make a major transformation and win practically all three remaining games, then hope that either Meadforest or Molynes suffer contrasting fortunes and lose all their matches.

Constant Spring have only secured one win to date and will look to Rohan Shea, Ryan Palmer and Javier Wilmot to once again add their name on the scoresheet.

While that is possible, Meadforest, which won their first-round match-up 3-1, will feel they have a better chance of winning and will rest their hopes on players who have scored this season, including Dale Reid, Oshane Aaron, Ian Davis and Dondre Walker.