Skip to main content
Breaking News |
Former JTA head decries COVID-19 ‘heroics’ among some principals
Caymanas Park tips - Saturday, November 28
Damion Lowe signs with Egyptian club
PM announces call out of National Reserves to assist with crime fight
One COVID-19 death, 69 new cases in Jamaica
JUTC bus cleaner dies in crash inside company’s Portmore depot
Motorists urged to exercise caution where traffic lights are out- NWA
Quarrie set to battle with Gayle in homestretch for JAAA presidency
All antigen tests must be ordered by a doctor- MOHW
Quarrie upset about still not getting list of voters for JAAA election

Rayvon, Sugar Bear team up for 'I See You' 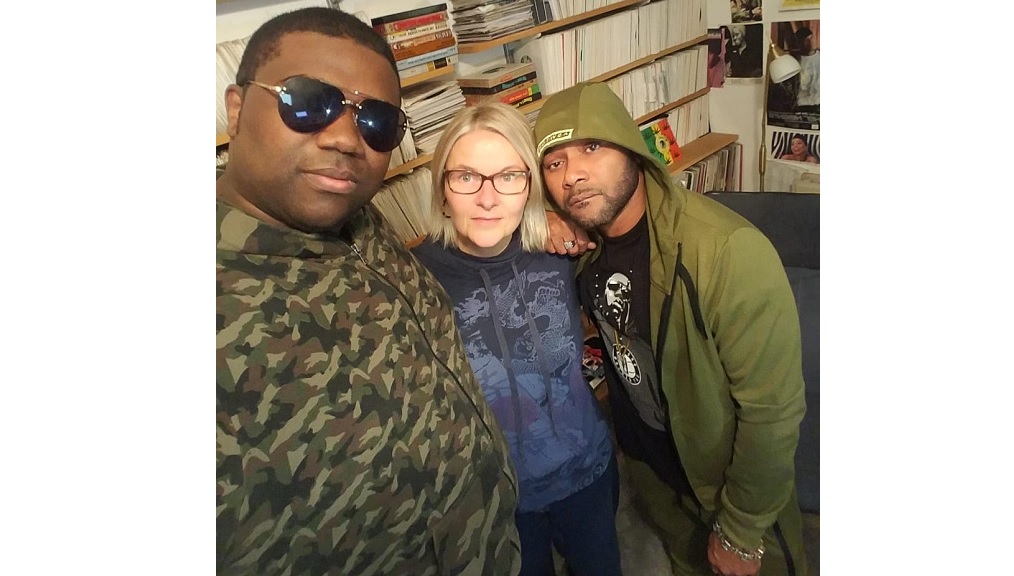 (From left) Sugar Bear, Sarah C from Vibe FM in London, and Rayvon.

International reggae star Rayvon has teamed up with singjay Sugar Bear for another collaboration, 'I See You'.

"The song is getting rotation all over. The music video has been added to rotation on Yo! MTV and BET Soul. The song is being played by various radio DJs around the world including DJs in the UK from London to Manchester. And 'I See You' is being played by Dj Self, The Prince of New York", Dj Norie and various other Djs on Power 105.1,"  Sugar Bear said.

The song was released on all digital online platforms by the GTC/Tuff Gong label, on November 1, 2019.

The duo has been amping up promotions on the song as COVID-19 restrictions are being eased all over the world. The song has been making inroads in the Latin radio market racking up spins in Mexico City, Mexico; Guatemala; Panama; Colombia; Dominican Republic; and Venezuela.

"We are really confident that this single will do well, our collaborations have created a unique space in the marketplace and based on the early feedback, we may have to shoot a video to boost this one in the international markets," Sugar Bear said.

In 2017, singer Rayvon and deejay Sugar Bear teamed up for the single Sugarcane, and then in 2019 joined forces for the remake of The O'Jays' 1973 original, 'Now That We Found Love'.

Rayvon, best known for his collaborations with Shaggy, including the chart-topping 'Angel' and dancehall staple 'Big Up'. He also gained Billboard chart action in 1994 when 'No Guns, No Murder' reached number 94 on the Hot 100 and 69 on the R&B Hip Hop songs chart.

Rayvon is from Barbados, while the St Elizabeth-born Sugar Bear (given name Geoffrey Scott) is based in New York.

Robert Sutherland steps up promotion of 'Never Give Up'