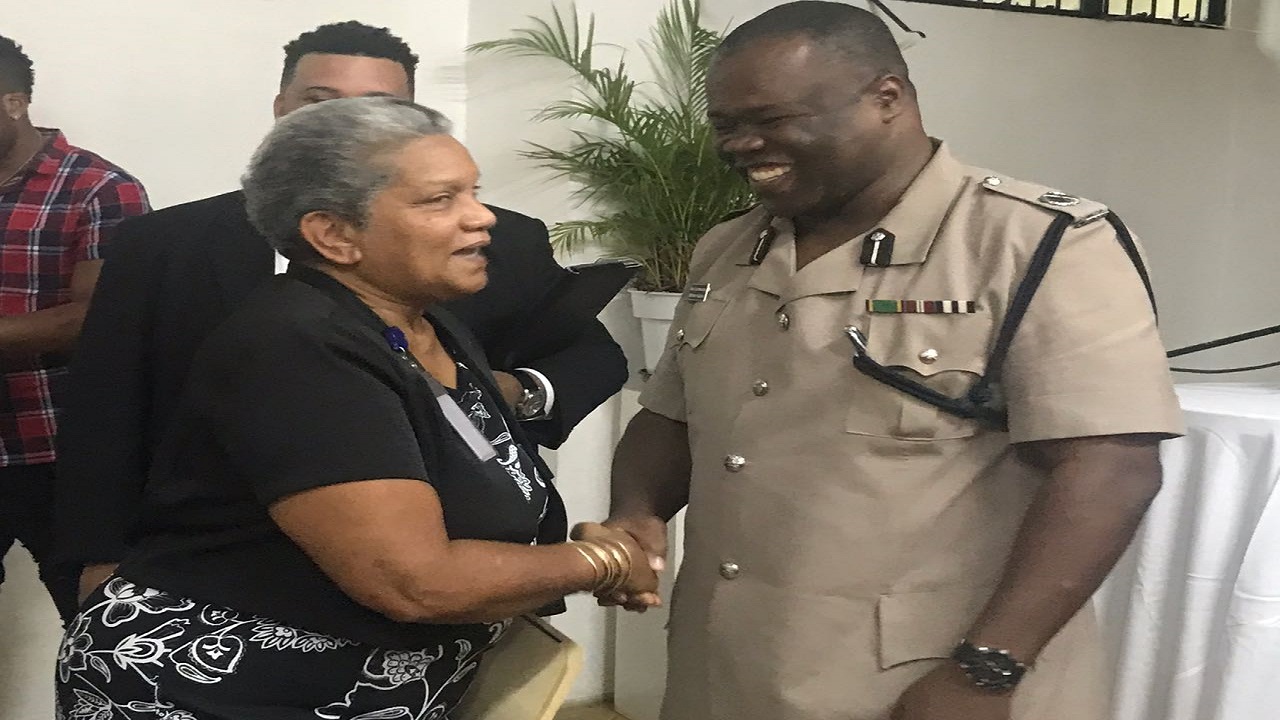 Public Defender, Arlene Harrison-Henry, greets Assistant Commissioner of Police, Donovan Graham, commander of the Area One police network, at the official opening of the Western Regional Office of the Public Defender in Montego Bay, St James on Friday.

Public Defender, Arlene Harrison-Henry, has indicated that later this year, efforts will be made to fast-track the implementation of the recommendations that have been made to compensate members of the Rastafarian faith who were brutalised by members of the state security force during the Coral Gardens’ atrocity in 1963.

"We take this opportunity to redouble our commitment to the Coral Gardens Rastafari Benevolent Society, that the remaining work to be done to reap success will start later this month in Montego Bay,” the public defender stated on Friday.

She was speaking at the official opening ceremony of the Western Regional Office of the Public Defender in Montego Bay. The newly-opened office is located along St Claver Avenue in the city.

In April 2017, acting upon recommendations from the public defender, Prime Minister Andrew Holiness officially apologised to the Rastafari community in Parliament for the 1963 atrocities.

Meanwhile, Harrison-Henry noted that last year the Office of the Public Defender was very active in carrying out its mandate to protect and enforce the rights of citizens, especially those who were affected by the May 2010 Tivoli Gardens’ incursion.

“2017 saw a very hectic year for our office. And we have secured reward and relieve for persons whose rights were breached during the 2010 Tivoli Gardens’ incursion,” the public defender said.

Ethiopia to give ID cards to Rastafarians long stateless