Rashid rampant as England leave sorry Ireland in a spin 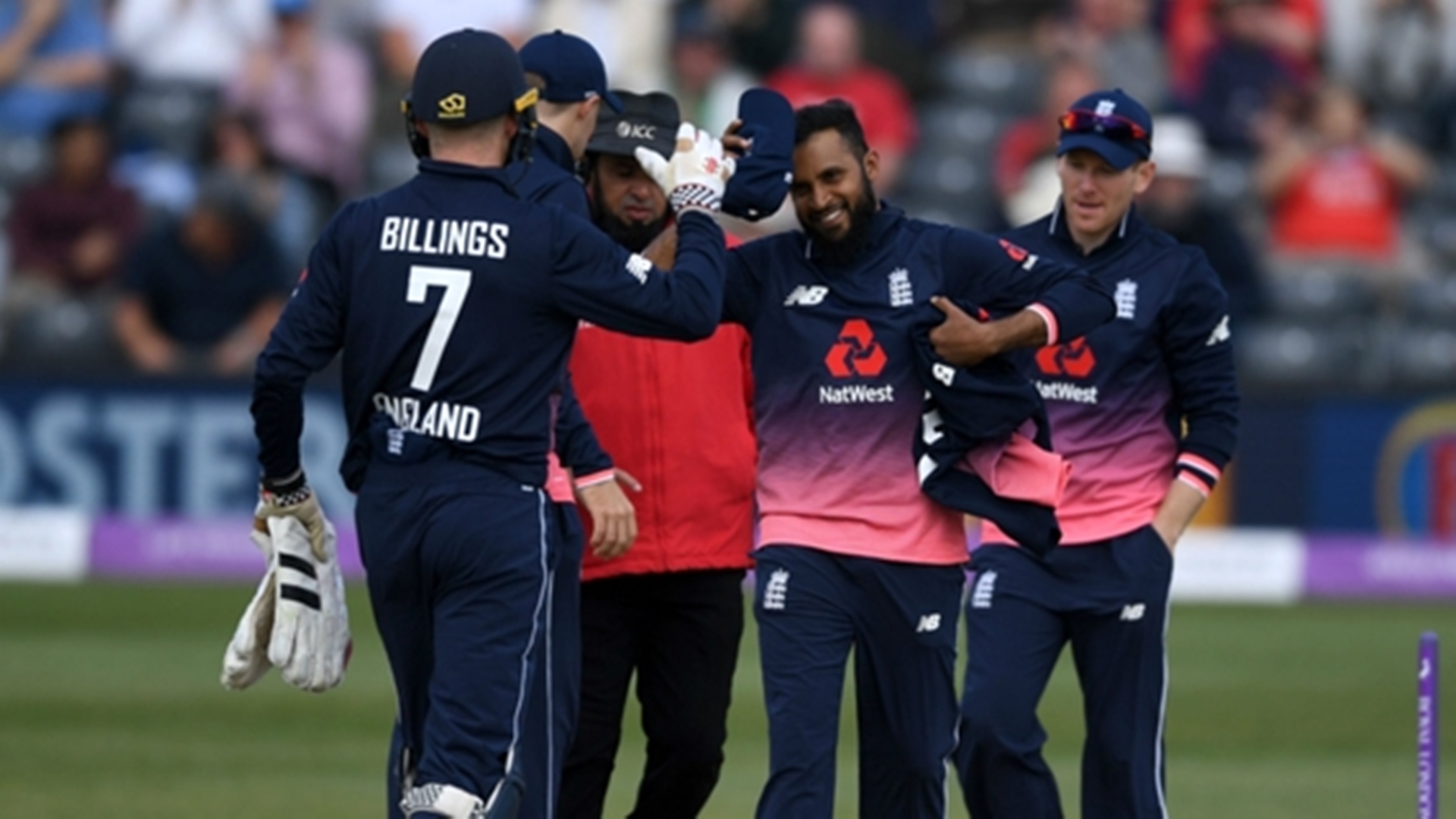 England players celebrating a wicket during the first One-Day International against Ireland on Friday in Bristol.

Adil Rashid collected a first One-Day International (ODI) five-wicket haul as England left Ireland in a spin with a seven-wicket hammering in the first of the two-match series in Bristol on Friday.

And England needed just 20 overs to chalk up the win, with Alex Hales scoring 55 and Root an unbeaten 49 as they continue to build towards the ICC Champions Trophy.

Ed Joyce (23) and Paul Stirling (20) failed to build on starts, while Andy Balbirnie's 30 off 38 provided a measure of resistance before he nicked Jake Ball (1-16) behind to spark the collapse.

Jason Roy was dismissed for a duck in the first over after Dockrell took a sharp catch on the dive at midwicket off Peter Chase (3-44), but Hales was in good nick and found the boundary 10-times in his entertaining 39-ball cameo.

Hales got a big top edge that William Porterfield snaffled at backward point and Eoin Morgan (10) gave Chase a third wicket with a pull to fine leg, but Root and Jonny Bairstow (10 not out) picked up the remaining runs to complete a comfortable day's work.