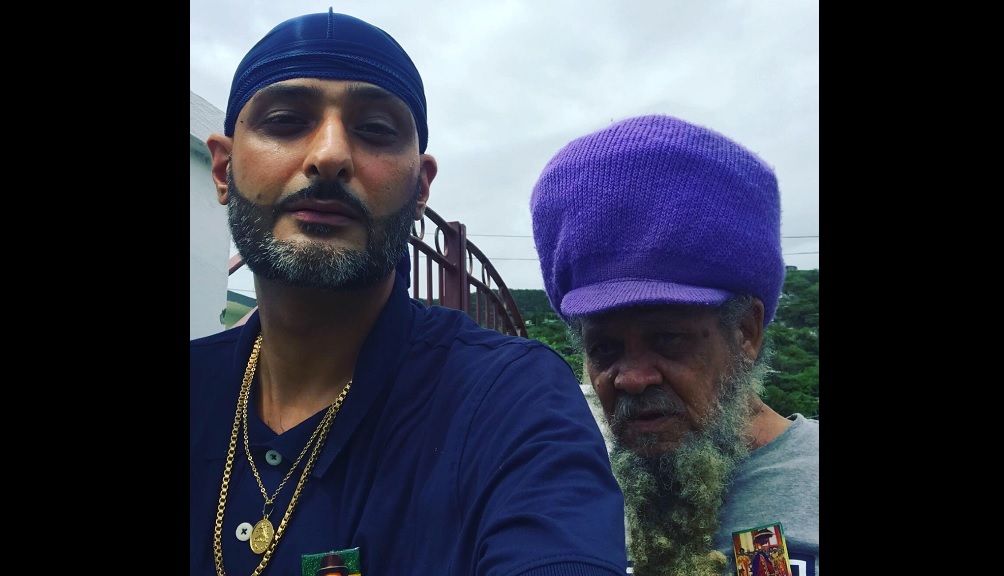 For the second time in October, singer Ras Teo travels to Jamaica where he will perform on two shows for promotion of 'Ten Thousand Lions', his seventh album.

Born in Sweden to Armenian parents, he has lived in California since the mid-1990s. It is an unlikely lineage for a roots-reggae artiste, but Ras Teo has links to Rastafari’s homeland.

Mooshegh Vartanian and Vahram Hartoonian, two of his relatives, were among 40 Armenian citizens adopted by Crown Prince Ras Tafari (later Emperor Haile Selassie I) in 1924, nine years after the Armenian genocide by the Ottoman Empire (Turkey).

Selassie --- who many Rastafarians consider as God --- took them to his palace in Addis Ababa, educated them and eventually they became his brass band. They were known in Ethiopia as Arba Lijoch (40 children).

Many of them were still at the palace in 1974 when Selassie was overthrown by the Ethiopian military. The Emperor died in Addis Ababa in August, 1975. Ras Teo said his relatives also died in the East African country which has strong ties to Armenia.

“Remember, way before this incident (genocide) Armenia was the little sister of Ethiopia. We have the same church, almost the same alphabet and we are original Orthodox people,” he explained. “We are the first two countries that converted to Christianity, so there’s a lot of history there.”

Released in April, Ten Thousand Lions is produced by Roberto Sanchez of Spain. It is traditional roots-reggae in the vein of Earl Zero and Fred Locks, two of the Jamaican singers he grew up listening to.

Ras Teo, whose real name is Teo Hartoonian, first visited Jamaica in 2015. He returned four years later and did two shows in Kingston, the capital.

On his latest trip, he will perform at Devon House and make a second appearance at the popular Dub Club.

It is important to make a mark in Jamaica, Ras Teo stressed.

“It’s the land of reggae, where reggae was born, and to be loved there means the world to me,” he said.