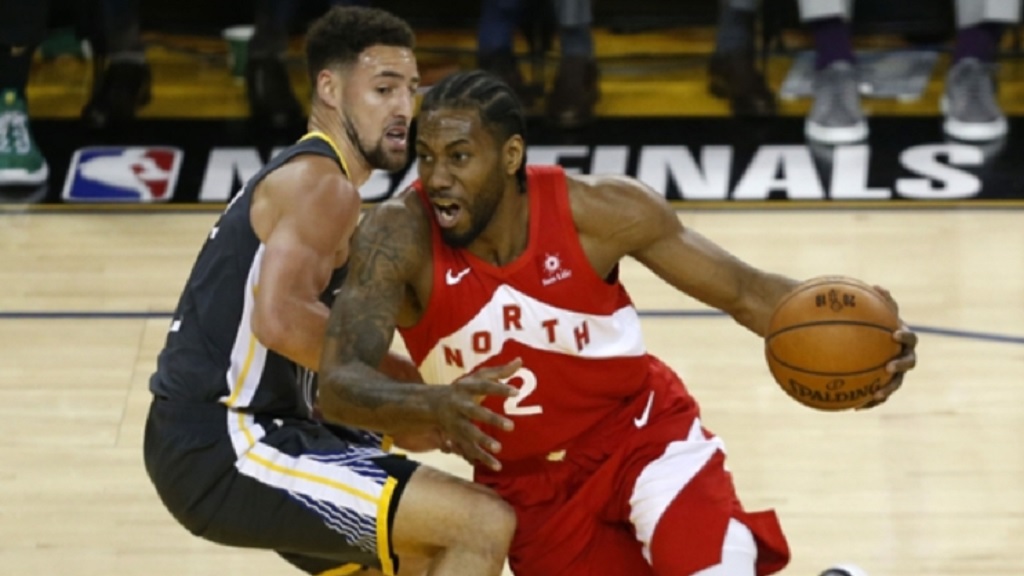 The Toronto Raptors are on the verge of winning their first NBA title after upstaging two-time reigning champions the Golden State Warriors 105-92 in Game 4.

Kawhi Leonard led the way as the Raptors took a 3-1 series lead on Friday, with Toronto only one victory away from a maiden championship.

Leonard – the 2014 Finals MVP – shot five for eight in the first quarter while the rest of his team were one for 13.

He finished the half with 13 points and the Raptors were in striking distance, just four points back of the Warriors.

Then Leonard really turned it on. He dropped 17 third-quarter points as part of a 37-21 frame for Toronto, which gave the Raptors a lead that was simply insurmountable for the Warriors.

It was Leonard's 14th 30-point game of the 2019 playoffs. He has scored more than 20 points in all but two of the Raptors' postseason games.

Klay Thompson's 28 points and Stephen Curry's 27 were not enough to lift the Warriors, who were again playing without injured star Kevin Durant.

Now the Warriors will try as hard as they can to come back from 3-1 in the series, something they have not had to even try to do since the 2014-15 Western Conference Finals.