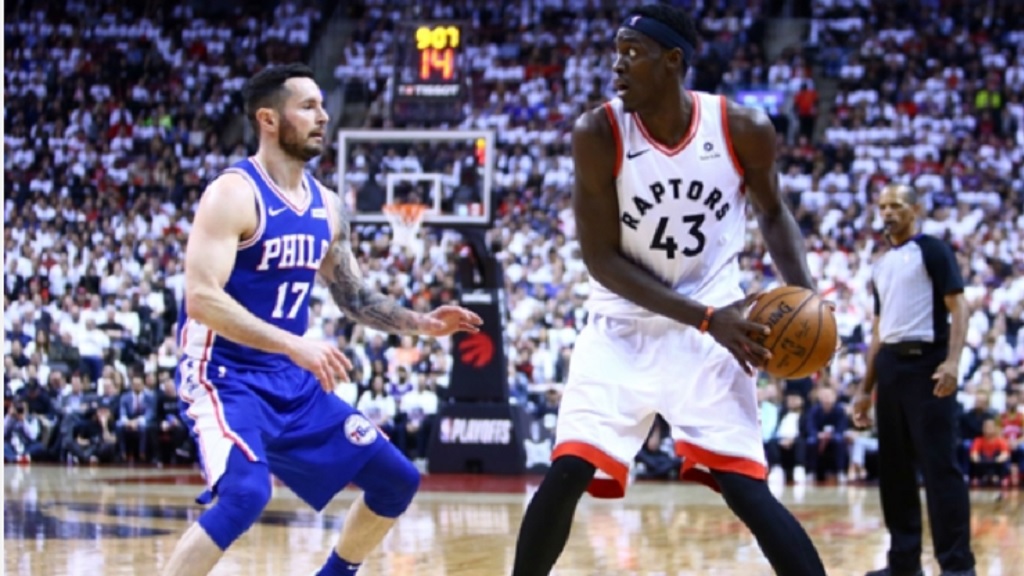 The Toronto Raptors played exceptionally in a thrashing of the Philadelphia 76ers in the NBA playoffs on Tuesday.

Toronto pounded Philadelphia 125-89 in Game 5, giving them a 3-2 lead in the Eastern Conference semi-finals.

Kawhi Leonard has been the most dominant player throughout the series, but Pascal Siakam stole the show this time. The third-year forward followed up his poor Game 4 performance with a game-high 25 points and eight rebounds against the 76ers.

Siakam had been struggling with a bruise on his right calf, but definitely had some spring in his step at Scotiabank Arena.

Joel Embiid was listed as probable to play as tipoff approached due to a respiratory infection. The 76ers big man underwhelmed for the second straight game. But, Jimmy Butler picked up the slack with a team-high 22 points for Philadelphia.

It is win or go home for the 76ers now, so they cannot afford to lose at the Wells Fargo Center on Thursday. If they do, their season is over.

Meanwhile, the Denver Nuggets also cruised to a 124-98 blowout home win over the Portland Trail Blazers.

Denver pulled away in the second quarter and Portland never managed to make the game competitive after half-time. The Nuggets now hold a 3-2 lead in the Western Conference semi-finals.

Paul Millsap finished with 24 points and eight rebounds for Denver while Jamal Murray chipped in 18 points. Damian Lillard tallied 22 points for Portland in the losing effort.

Portland will host Game 6 on Thursday.

Milwaukee have a chance to become the first team to punch their ticket to the third round of the playoffs. The Bucks have won three straight while the Celtics have struggled since their Game 1 win.