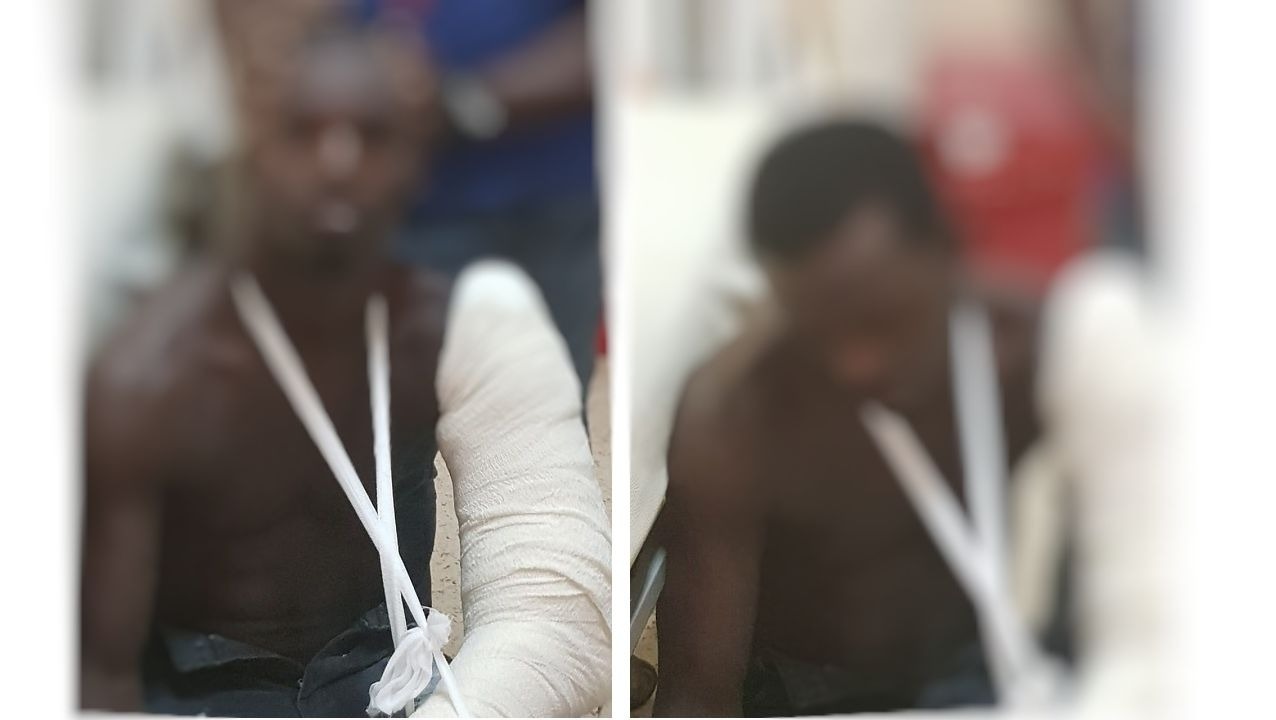 Blurred photo of the suspect in police custody.

A Riu Hotel trainee worker who allegedly raped two female guests at gunpoint in their room on Thursday night is now in police custody.

The 23-year-old suspect, whose identity is being withheld, was held by police on Friday afternoon. In a statement, the hotel said the man had been in training for only three days before allegedly committing the dastardly act.

"Last (Thursday) night, September 27th, there was a very unfortunate incident in the Riu Reggae Hotel in which two guests were attacked by a trainee at the entertainment department of the hotel. The man, who had been in training for only three days, was able to escape," Riu said.

"The hotel management immediately called the police and accompanied and supported the guests with everything in this difficult moment," the hotel added.

The release did not reveal much details, citing protection of the guests' privacy.

"We are unable to share further details both for the protection of our clients privacy as well as to not interfere in the investigation being already carried out by the local authorities," the short statement read.

Police report that about 11pm, the gunman entered a room being occupied by two female guests at the prominent hotel through a balcony door.

The man then reportedly held up both women at gunpoint and forcibly had sexual intercourse with them, before being disarmed by one of the victims who opened fire at the suspect.

The suspect was reportedly shot in the upper body but still managed to escape through the balcony door. He remained on the lam for more than 12 hours before he was reportedly collared by cops in a central Jamaica parish early Friday afternoon.

Loop News obtained a photo of the man, with a cast on his arm, in police custody.