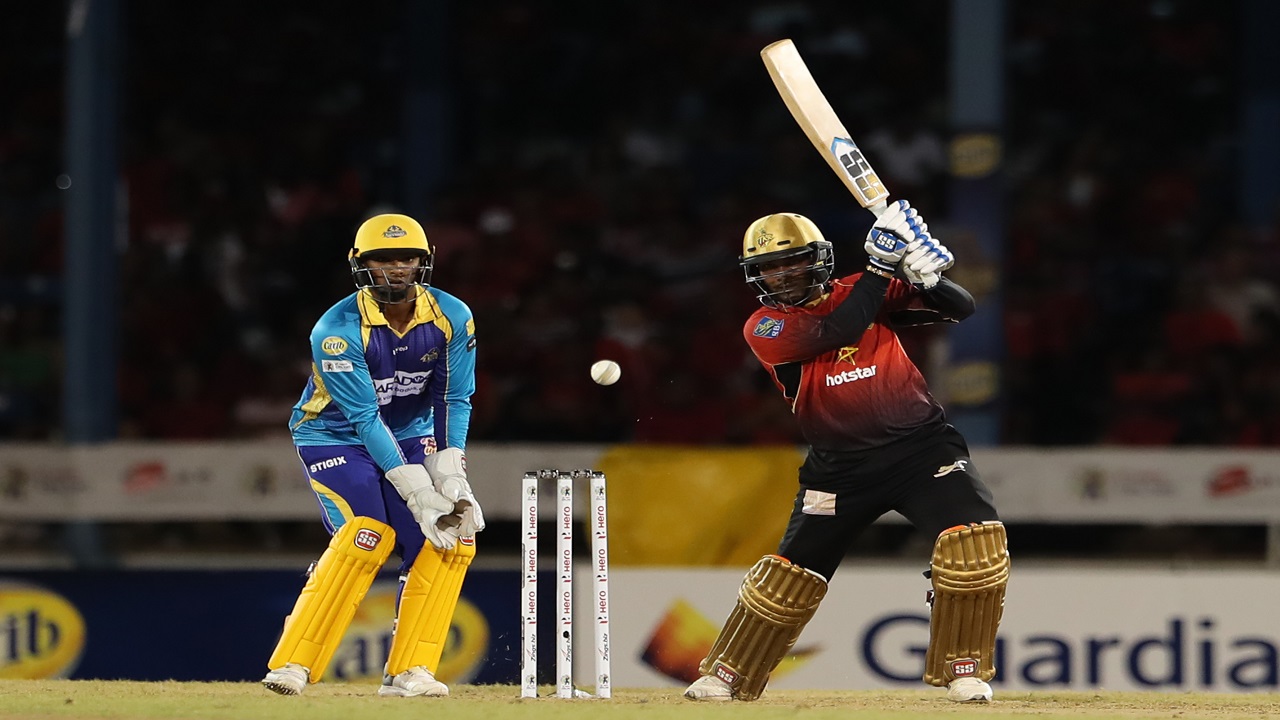 Trinbago Knight Riders guaranteed a top-two finish in the Hero Caribbean Premier League (CPL) with a nine-run victory over Barbados Tridents at Queen’s Park Oval in Trinidad and Tobago on Friday night.

The defending champions are now sure of their place in Tuesday’s Playoff 1 in Guyana, with a second bite of the cherry in the semi-final should they need it.

Having been put in to bat by the Tridents, the Knight Riders made an imposing 180 for five and then restricted Barbados Trident to 151 for five. 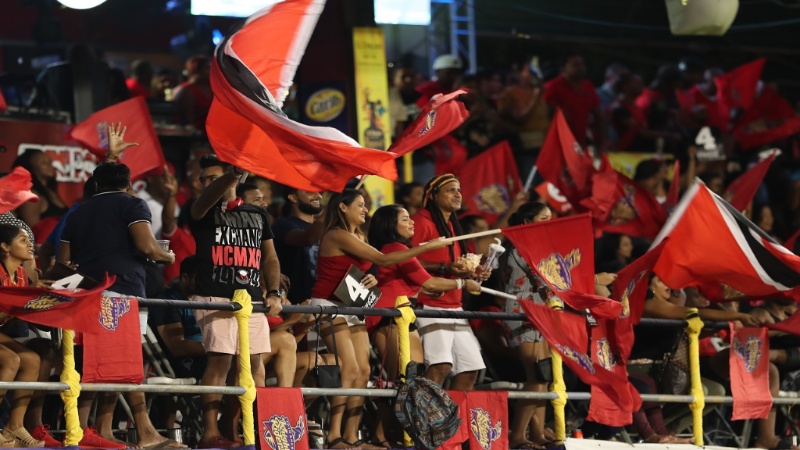 Chris Lynn got things started with three successive boundaries in the opening over from the first three balls he faced, adding two sixes before being comprehensively yorked by Chemar Holder for a whirlwind 29 from just 10 balls.

Denesh Ramdin then continued to thrive after his recent promotion to number three as the Knight Riders raced to 50 after just 3.3 overs. He struck five fours and two sixes in his 31-ball 51.

And at the end of the innings Dwayne Bravo maintained his astonishing hitting form this season with two more sixes and three fours in a cameo of 33 from 20 balls. 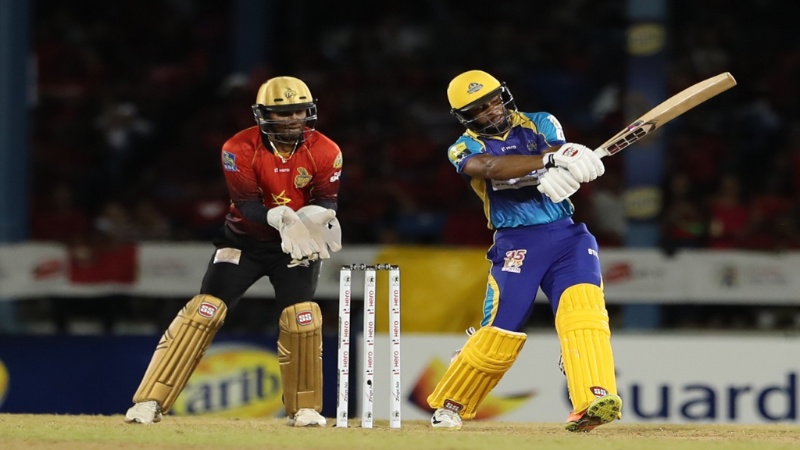 It wasn’t so easy for everyone, though. In-form Colin Munro found life tougher than at any other time in the tournament. His 28 did take him to the highest ever run tally in a single Hero CPL season with potentially as many as four innings remaining, but came at under a run a ball.

Brendon McCullum, another mainstay of the Knight Riders’ batting this season, made just 4 from 6 balls before Darren Bravo contributed 20 not out from 24 at the death.

Plenty of credit must go to the Tridents bowlers, who hauled things back impressively after Lynn and Ramdin had blasted the Knight Riders to 68 for one after the Power Play.

Leg-spinner Imran Khan was excellent in claiming two for 25 from his four overs with the big wickets of Munro and Ramdin to his name, while Mohammad Irfan kept things tight amid the carnage at the start and end of the innings to give up just 28 from his four.

Tion Webster of Barbados Tridents is bowled as Denesh Ramdin of Trinbago Knight Riders looks on.

The 180 would just about prove sufficient, though, despite a game attempt from an inexperienced Tridents top-order missing Hashim Amla, Steve Smith and Martin Guptill through injury.

It was spin that proved the Tridents’ undoing with leg-spinner Fawad Ahmed bowling openers Sunny Sohal and Tion Webster with a pair of googlies after a solid opening stand, and returning to have Shai Hope stumped for 26 in his final over to finish with three for 28.

Tridents keeper-batsman Nicholas Pooran further enhanced his growing reputation with 44 from 32 balls, including back-to-back sixes to put a slight dent in Fawad Ahmed’s figures, and when he combined with his skipper Jason Holder to put together a 50-run stand in quick time for the fourth wicket there was a growing chance of Barbados pulling off an upset.

But Pooran was brilliantly run out by Dwayne Bravo’s direct hit from cover before Holder was caught in the deep off Ali Khan – who took punishment with the new ball but returned to bowl a brilliant, decisive 19th over that brought that wicket and cost just four runs - condemning the Tridents to a seventh straight defeat to end their 2018 campaign.

For the Knight Riders, though, it’s a sixth straight win.