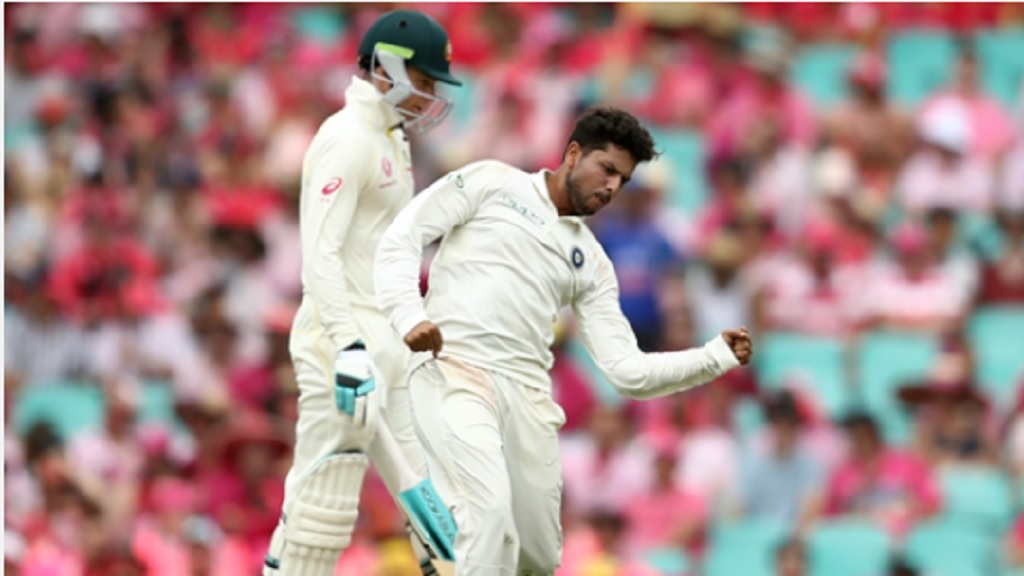 India marched towards a big victory over Australia before rain washed out play to offer the hosts some relief on day three of the fourth and final Test in Sydney.

Australia battled to 236-6 – in response to India's 622-7 declared – when the match was halted due to bad light and wet weather just before 4:30pm local time at the SCG on Saturday.

The third day was eventually abandoned shortly afterwards, with the beleaguered Australians still 386 runs behind as Peter Handscomb (28 not out) and Pat Cummins (25no) tried to put up a fight.

It was another day of dominance from India, who are seeking their first Test series victory in Australia having already retained the Border-Gavaskar Trophy.

With their backs against the wall, Australia – resuming on 24-0 – made an encouraging start to the morning but that glimmer of hope took a hit when the top order crumbled in a collapse of 24-3.

Usman Khawaja (27) was the first to go when he misjudged a Kuldeep Yadav (3-71) delivery and was caught by Cheteshwar Pujara.

Australia attempted to remain positive, digging deep against pace and spin as they reached 122-1 at lunch, with Marcus Harris a shining light courtesy of his 77.

Harris, however, was unable to build on his promising innings after a moment of indecision saw the opener chop on to his own stumps off Ravindra Jadeja (2-62) for 79.

India struck again through Jadeja, who claimed his second wicket when Shaun Marsh (8) pushed at the ball and was caught at slips, and Australia were quickly reduced to 152-4 as debutant Marnus Labuschagne (38) fell victim to Mohammed Shami (1-54).

Travis Head added 20 and looked set before chipping a full toss back to Yadav as he threw his wicket away in the penultimate over of the second session.

Captain Tim Paine's (5) stay at the crease was brief as Australia's hopes of avoiding the follow-on rested on under-pressure batsman Handscomb and Cummins.