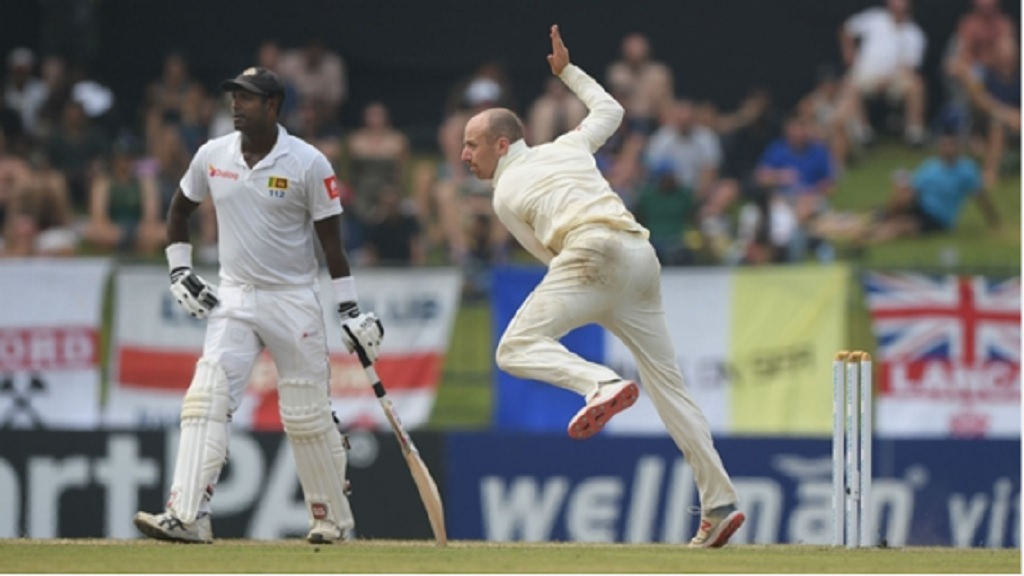 Rain stopped play as England turned the screw after tea on the fourth day of the second Test in Sri Lanka on Saturday.

Angelo Mathews (88) appeared to have steered Sri Lanka into a strong position with a performance that helped drag the hosts away from early struggles that had left them 26-3 in pursuit of a 301-run victory target.

But his dismissal shortly after tea at Pallekele, and the subsequent wicket of Dilruwan Perera, allowed England to build a head of steam and left the home side on 226-7.

Dilruwan's wicket was the final action of the day as an evening downpour brought about an early finish and gave Sri Lanka time to ponder a route to the remaining 75 runs required, with only three wickets remaining.

A stellar batting display from Joe Root on Friday looked to have put England in firm control, and the early scalps of Kaushal Silva, Dhananjaya de Silva and Kusal Mendis on Saturday certainly strengthened their bid for a first away series win since 2015-16.

The trio fell during a devastating period from Jack Leach (4-73), who accounted for all three in the space of three of his overs.

Opener Dimuth Karunaratne (57) found a more stable batting partner in Mathews and the pair combined for 77 runs for the fourth wicket to haul Sri Lanka back into the contest.

Karunaratne was ultimately caught behind off Adil Rashid (1-52) but Mathews was assisted ably by his fellow middle-order batsmen Roshen Silva (37) and Niroshan Dickwella (27 not out).

However, their challenge was significantly weakened when Moeen Ali trapped Mathews lbw, before Dilruwan - who had survived on review in the previous over - also walked after being pinned in front by the impressive Leach.

The covers were hurried on as Dilruwan returned to the pavilion and the rest of the day's play was abandoned soon after.

Root leads from the front as aggressive England assume control