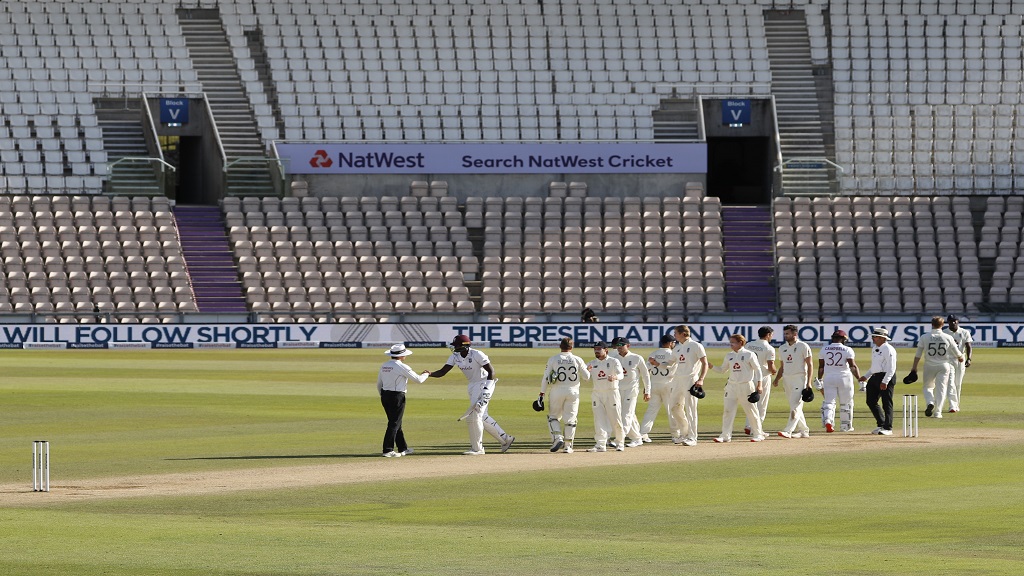 The start of the second Test between England and the West Indies has been delayed because of wet weather in Manchester.

The toss did not take place at its scheduled slot of 10:30 am local time and covers were on the pitch after light drizzle early in the morning.

The West Indies lead the three-match series 1-0 after winning the first Test in Southampton last week, and are seeking a first Test series victory in England in 32 years.

England will be without fast bowler Jofra Archer, who was excluded from the team for breaching isolation protocols by returning to his home in Brighton on Monday as the squad transferred from Southampton to Manchester.

With James Anderson and Mark Wood rested for the match, England had a completely new specialist pace attack featuring Stuart Broad, Chris Woakes and Sam Curran. Joe Root returned as captain, and took the place of Joe Denly, after missing the first test to be with his wife for the birth of their second child.

The West Indies were unchanged from their win in the first Test in Southampton.