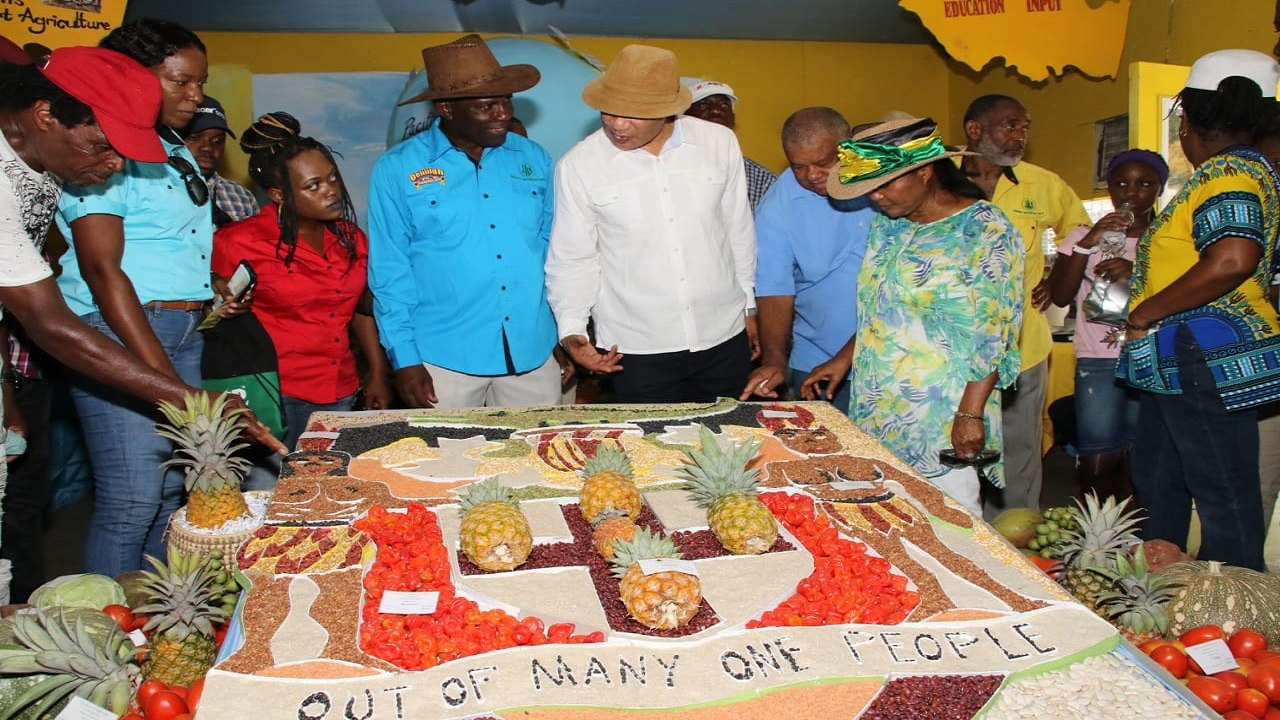 President of the Jamaica Agricultural Society, Norman Grant (centre) with Governor General, Sir Patrick Allen and his wife, Lady Allen, and other guests at Denbigh on Sunday. (PHOTOS: Llewellyn Wynter)

Prolonged rainfall has put somewhat of a damper on day two of the annual Denbigh Agricultural, Industrial and Food Show in Clarendon, cutting short even a tour of the grounds by Governor General, Sir Patrick Allen and his wife, Lady Allen.

The not too well attended day up to early afternoon was, however, widely noted to be a much better organised event than in previous years.

On day one on Saturday, outgoing President of the Jamaica Agricultural Society (JAS), Norman Grant, attributed much of the significant improvements to the infrastructure on the showground to the society having gotten the vast Denbigh property out of the hands of FINSAC over recent years and being now much more less encumbered in its drive to develop the property. 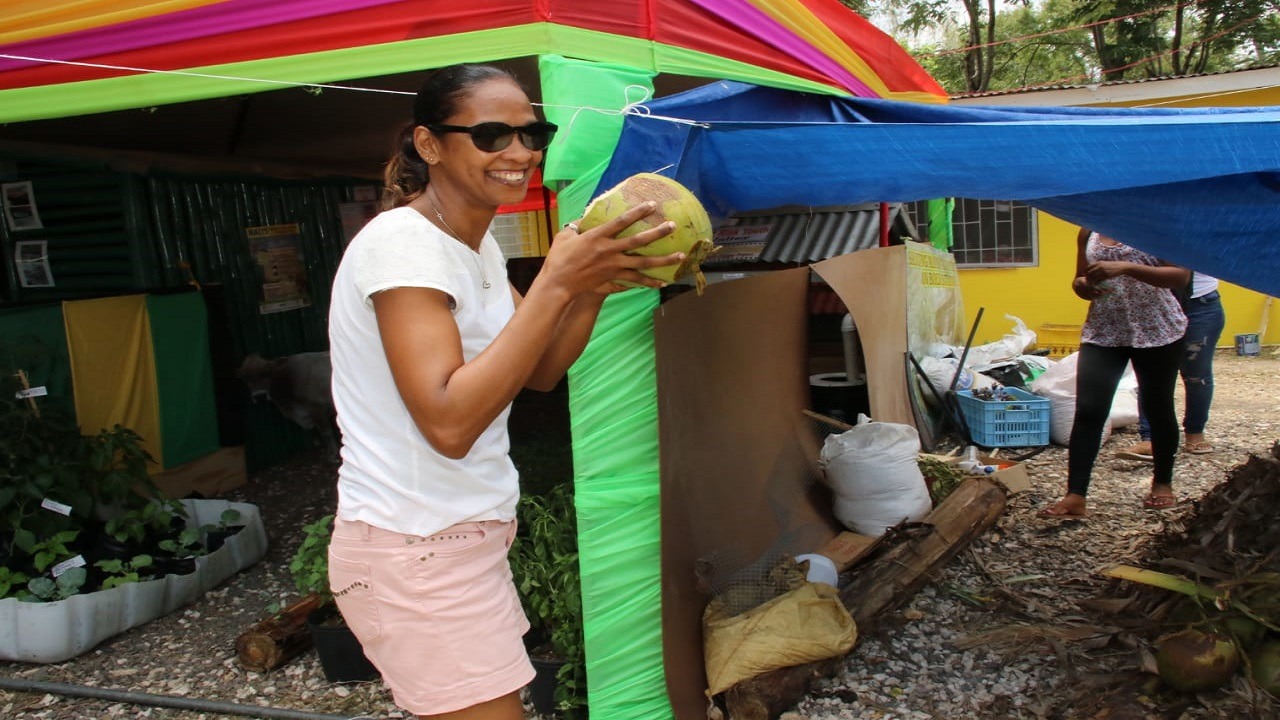 In highlighting developments like the modernisation of the main pavilion and the President's Pavilion, a conference centre and and much more structured parking arrangements both inside and outside the grounds, Grant cited the positives and indicated that the JAS intends to move on to establish a hotel on the property to, among other things, provided paid accommodation for patrons who desire the service at the showground each year.

Sir Patrick, on his tour, observed high equality exhibits from a number of agencies and corporate agricultural and industrial entities and from the farming communities across most of the parishes before the farming phrase 'more water than food' put paid to his trek across the ground.

Even a very exciting canine display that had patrons spellbound over the calm and seamless handling of the vicious animals, had to be prematurely brought to a halt because of the showers that have traditionally been a part of the Denbigh Show.