Raheem Sterling suspended by England after bust-up with teammate 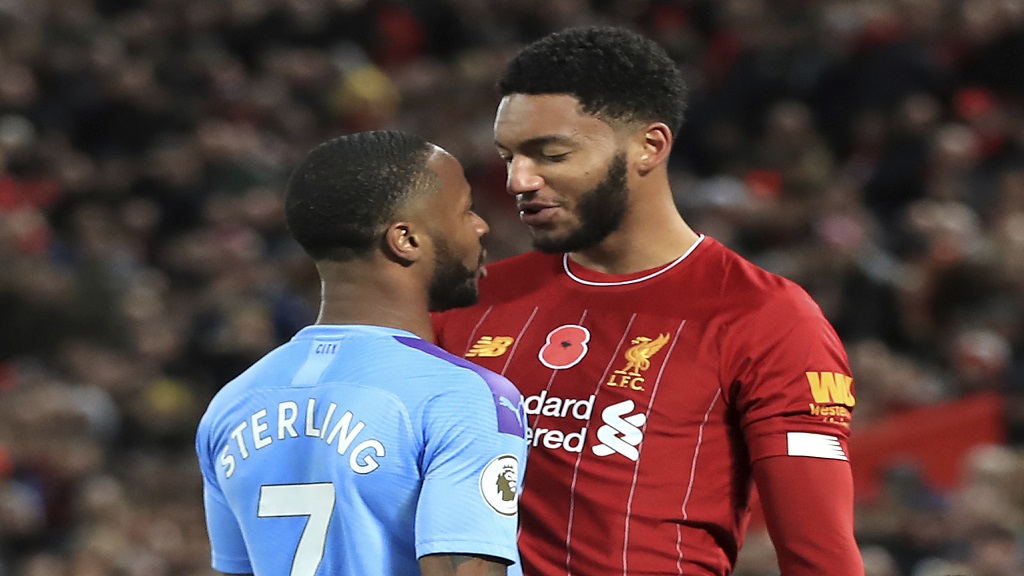 Raheem Sterling said he has settled his differences with England teammate Joe Gomez after their club rivalry spilled over into an exchange on international duty.

England took the decision to drop Sterling for the European Championship qualifier against Montenegro on Thursday after the Manchester City forward clashed with Gomez in what the English Football Association described as a "disturbance in a private team area" on Monday.

A day earlier, the two players squared up to each other toward the end of a high-profile Premier League game between City and Liverpool, with Gomez shoving Sterling before they were separated.

"We are in a sport where emotions run high and I am man enough to admit when emotions got the better of me," Sterling said of the incident in the England camp that he described as a "5-10 second thing."

In a post on Instagram , Sterling said he and Gomez "have had words and figured things out."

"We move forward," Sterling wrote, "and not make this bigger than it is."

England said Sterling will remain with the squad at the national training center, with the team also playing away to Kosovo on Sunday.

The decision to withdraw Sterling from contention for the match against Montenegro deprives England of possibly its best player, with the City star having scored eight goals and set up five more during Euro 2020 qualification.

England can secure its place in next year's finals with a win at Wembley, on what will be the team's 1,000th fixture.

One of England manager Gareth Southgate's biggest successes has been his ability to create a strong bond between players, no matter what their club backgrounds are. That hasn't always been the case with England.

Only last year, former England defender Rio Ferdinand said club rivalries "killed" the chances of the national team winning anything during its so-called "golden generation" at the start of this century, when high-profile players from Manchester United, Liverpool, and Chelsea were in the team.

"One year we would have been fighting Liverpool to win the league, another year it would be Chelsea," said Ferdinand, who was a Premier League and Champions League winner with United. "So I was never going to walk into the England dressing room and open up to Frank Lampard, Ashley Cole, John Terry or Joe Cole at Chelsea, or Steven Gerrard or Jamie Carragher at Liverpool.

"I wouldn't open up because of the fear they would take something back to their club and use it against us, to make them better than us. I didn't really want to engage with them."

Ferdinand said "it overshadowed things. It killed that England team, that generation."

The rivalry between City and Liverpool is a rather new one in English soccer, with the two teams vying for the Premier League title last season and seen as the two biggest contenders this season, too.

Liverpool, the league leader, moved nine points clear of City with a 3-1 win at Anfield on Sunday, and Sterling — a former Liverpool player — was again a target of vitriol for home fans. Gomez went on as a late substitute in that game.