Racist history of blackface began in the 1830s 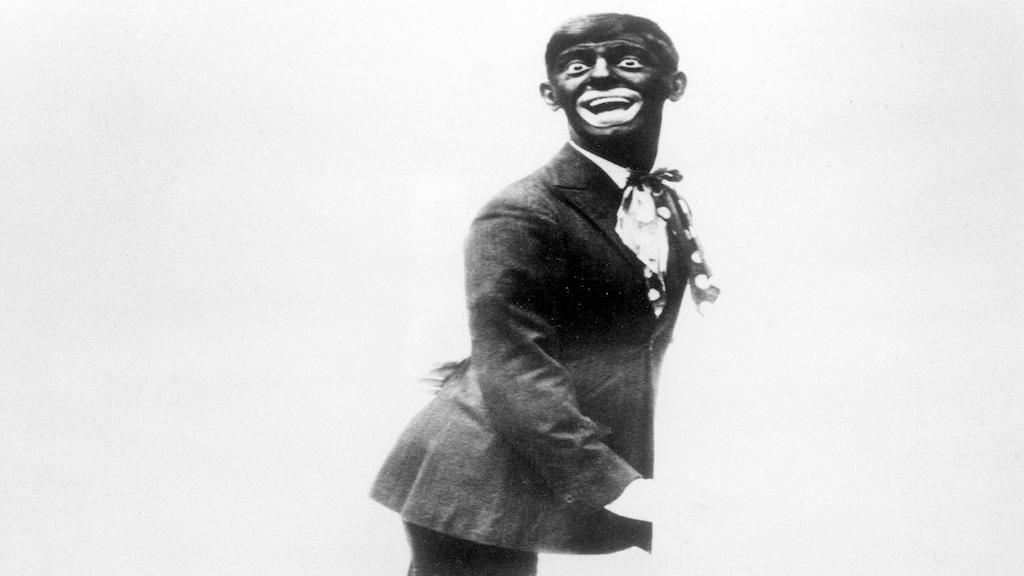 This 1920s image shows comedian Eddie Cantor wearing blackface while performing "If You Knew Susie." Blackface minstrelsy is considered by some to be the first uniquely American form of entertainment. White men would darken their faces to create caricatures of black people, including large mouths, lips and eyes, woolly hair and coal-black skin. (AP Photo/File)

A racist photo from a 1984 yearbook threatens to end Virginia Governor Ralph Northam's political career. The photo shows two people: one in blackface and one wearing a Ku Klux Klan hood and robe. The image generated intense pressure for Northam to resign and offered the latest example of a prominent white person facing harsh criticism for wearing blackface. Here's a look at the practice and its history:

Blackface minstrelsy is considered by some to be the first uniquely American form of entertainment.

White men would darken their faces to create caricatures of black people, including large mouths, lips and eyes, woolly hair and coal-black skin. The performances would stereotype black men and women as ignorant, hypersexual, superstitious, lazy people who were prone to thievery and cowardice. 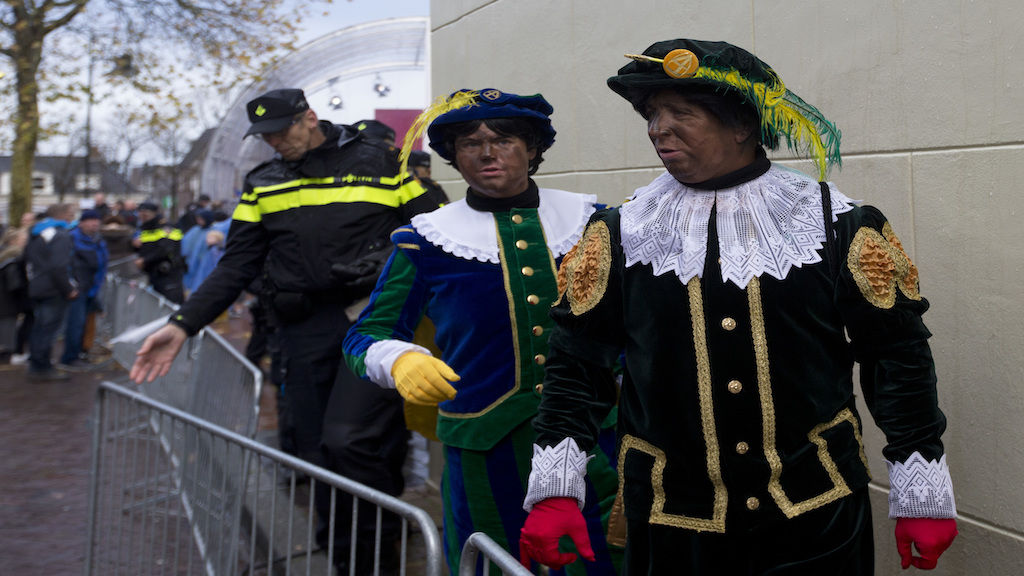 In this Nov. 18, 2017, file photo, Black Petes and police officers leave after the arrival of Sinterklaas, or Saint Nicholas in Dokkum, northern Netherlands. Confrontations broke in the Netherlands over supporters and opponents of the divisive helper of the Dutch version of Santa Claus. The helper, known as Black Pete, is played by whites in blackface at children’s events. (AP Photo/Peter Dejong, File)

The practice took hold in New York City in the 1830s and became immensely popular among post-Civil War whites. In fact, the Jim Crow laws that enforced racial segregation in the South took their name from a character played by blackface performer Thomas Dartmouth Rice. He said his act "Jump, Jim Crow" (or "Jumping Jim Crow") was inspired by a slave he saw.

CONTROVERSIAL FROM THE START

Blackface performances were condemned as offensive from the beginning.

In 1848, after watching a blackface act, abolitionist Fredrick Douglass called the performers "the filthy scum of white society" in The North Star newspaper.

Blackface performers, he said, "have stolen from us a complexion denied to them by nature ... to make money and pander to the corrupt taste of their white fellow-citizens."

A letter to the editor in the Pittsburgh Post-Gazette from 1946 called a blackface performance "grotesque" and said it attacked "by ridicule and cheap buffoonery the self-respect of every American Negro." The letter was written by a state lawmaker, the Inter-Racial Action Council, the Inter-Denominational Ministers Alliance and the publisher of The Pittsburgh Courier.

Other white politicians and celebrities have faced criticism for blackface performances.

Comedian Billy Crystal was criticized in 2012 for impersonating Sammy Davis Jr in blackface during his opening montage at the Oscars, a repeat of his oft-performed skit from "Saturday Night Live" from the 1980s.

Missouri Governor Mel Carnahan had to apologize in 2000 for a picture of him and his brothers singing in a blackface quartet in 1960 that came up during his run for U.S. Senate in 1999. He died in a plane crash the next year, but won the Senate seat anyway.

Actor Ted Danson was accused of being racist and tasteless for performing a skit in blackface, using the N-word and joking about his sex life with then-girlfriend Whoopi Goldberg, who is black, at Goldberg's Friars Club roast in 1993.

Dozens of other whites, including college fraternities and sororities, public officials and law enforcement officers, have also been criticized for blackface incidents.

Florida Secretary of State Mike Ertel resigned last month after a newspaper obtained photos of him in blackface and wearing earrings, a New Orleans Saints bandanna and fake breasts under a purple T-shirt that said "Katrina Victim." The photos were taken two months after the deadly storm ravaged the Gulf Coast in 2005, killing more than a thousand people.

Early black actors, singers and vaudevillians were forced to don blackface as well if they wished to perform for more lucrative white audiences.

For example, William Henry "Master Juba" Lane is considered the single most influential performer in 19th century dance and is credited with inventing tap. It was only after his fame reached international proportions that he was allowed to tour with an all-white minstrel troupe and to perform without blackface.

One of the more disastrous critiques of blackface was from black actor Ben Vereen at President Ronald Reagan's inauguration. Vereen's intent was a tribute to legendary black vaudevillian Bert Williams, who was forced to wear blackface to stay employed.

Vereen first danced and sang "Waiting for the Robert E. Lee" before a cheering GOP audience, along with the president and first lady Nancy Reagan. He then stripped the blackface off while singing "Nobody (I ain't never got nothin' from nobody, no time)" to show the pain of blackface and the exploitation of African-Americans.

But ABC omitted the second part of Vereen's performance when airing it, showing only the minstrelsy segment. Vereen, who at the time was one of the nation's top black actors, faced an immediate backlash from African-American fans for what they saw as buffoonery.

Vereen has said he was promised that both parts would be shown and that he was "sabotaged by the network."

TENSION IN OTHER COUNTRIES

Similar controversies have arisen in other countries.

In 2017, confrontations broke out in the Netherlands over the helper of the Dutch version of Santa Claus. Known as Black Pete, the character is played by whites in blackface at children's events.

A leading television station in Peru was fined $26,000 for airing the popular comedy character Negro Mama on an entertainment show in 2013. The character is played by Jorge Benavides, who dons blackface, exaggerated lips and a flaring nose.

In 2010, Mexican media conglomerate Televisa drew criticism for hiring actors in blackface for a popular morning programme during the World Cup.

US school board member under fire for 'blackface' photo