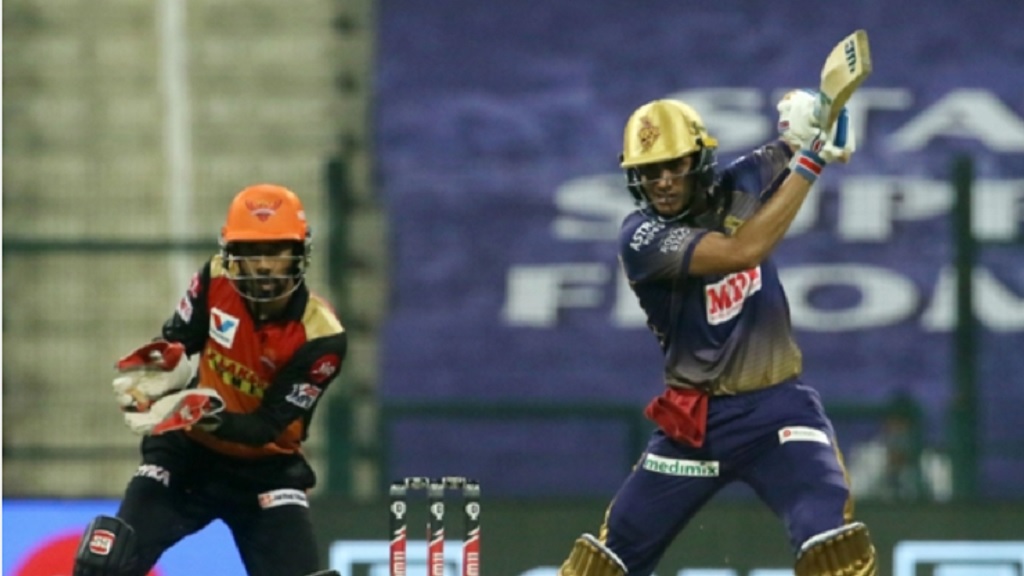 Shubman Gill led Kolkata with a solid unbeaten 70 off 62 balls.

Russell and Narine had little impact but nonetheless, KKR were too strong on the day.

Chasing 143 for victory, opening batsman Shubman Gill made a solid unbeaten 70 off 62 balls and shared a match-winning 92-run, fourth-wicket stand with England white-ball specialist Eoin Morgan — 42 not out — as Kolkata raced to 145 for three off 18 overs.

Kolkata lost Narine for a duck in the second over, but Nitish Rana made a whirlwind 26 off 13 balls with six fours inside the first six overs of the batting powerplay to take his side out of the early trouble.

Rashid Khan (1-25) and Mohammad Nabi (0-23) couldn’t make much impact as Morgan and Gill played out the overs of Afghanistan’s experienced spin duo.

Morgan sealed the game with two overs to spare by hitting seamer Thangarasu Natarajan for a six over long and then a straight four.

Earlier, Hyderabad had been restricted to 142 for four after David Warner elected to bat first, which broke the sequence of teams electing to field after winning the toss in this IPL.

Russell picked up one for 16 from two overs, while Narine bowled four overs for 31 runs without a wicket.

“For us, the advantage is having allrounders," Kolkata captain Dinesh Karthik said. "Privileged to have them so might as well use them whenever I can.”

Australia’s Pat Cummins (1-14) claimed the key wicket of Jonny Bairstow in his second over and tied down the Hyderabad batsmen, while spinner Varun Chakarvarthy (1-25) caught and bowled Warner on 36.

“I got my decision right, I think,” Warner said in defense of his toss decision. “For us, the strength is death bowling. It was a hard wicket to accelerate on. I don’t regret ... my decision.

Wriddhiman Saha (30) and Pandey added 62 runs together, but Kolkata bowlers never allowed them to push the scoring rate.

Both sides had lost their first game of the tournament.

Kolkata have  two points from two games while Hyderabad occupied the bottom of the eight-team standings without a point.