Questions raised over mowing down of trees on Constant Spring Rd 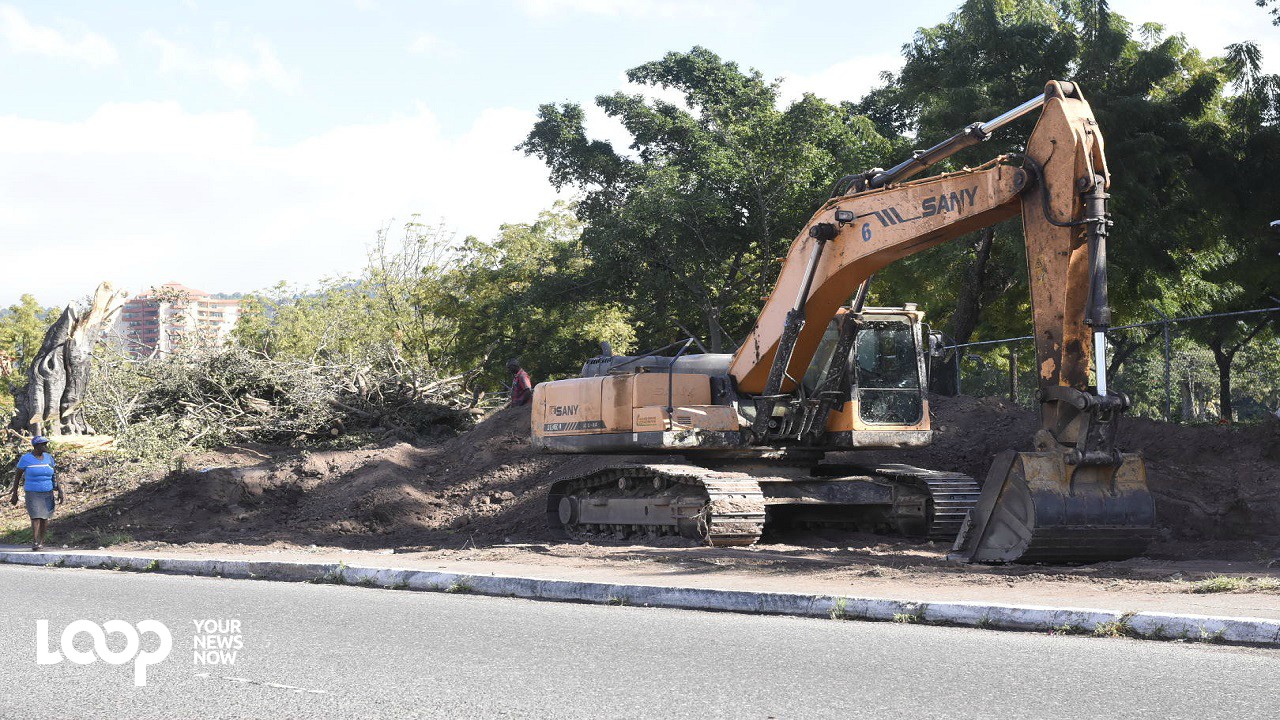 A tractor clears debris on Constant Spring Road, in the vicinity of the Immaculate Conception High School, on Wednesday. (PHOTOS: Marlon Reid)

At least one environmental activist is asking the tough question as to why mature trees were mowed down on Constant Spring Road to facilitate a road-widening exercise by the National Works Agency.

Using Twitter earlier this week, Diana McCaulay critiqued the decision of the National Works Agency to mow down at least three mature trees that had been a beloved part of the streetscape of Constant Spring Road for decades.

"When decisions are made as to where to place a road, they take into account buildings, trees, other infrastructure and decide where is the cheapest place to put the road. Land has value, buildings have value, and if you believe trees as having zero value, automatically they will be cut down," the retired environmentalist told Loop Jamaica reporter Claude Mills. 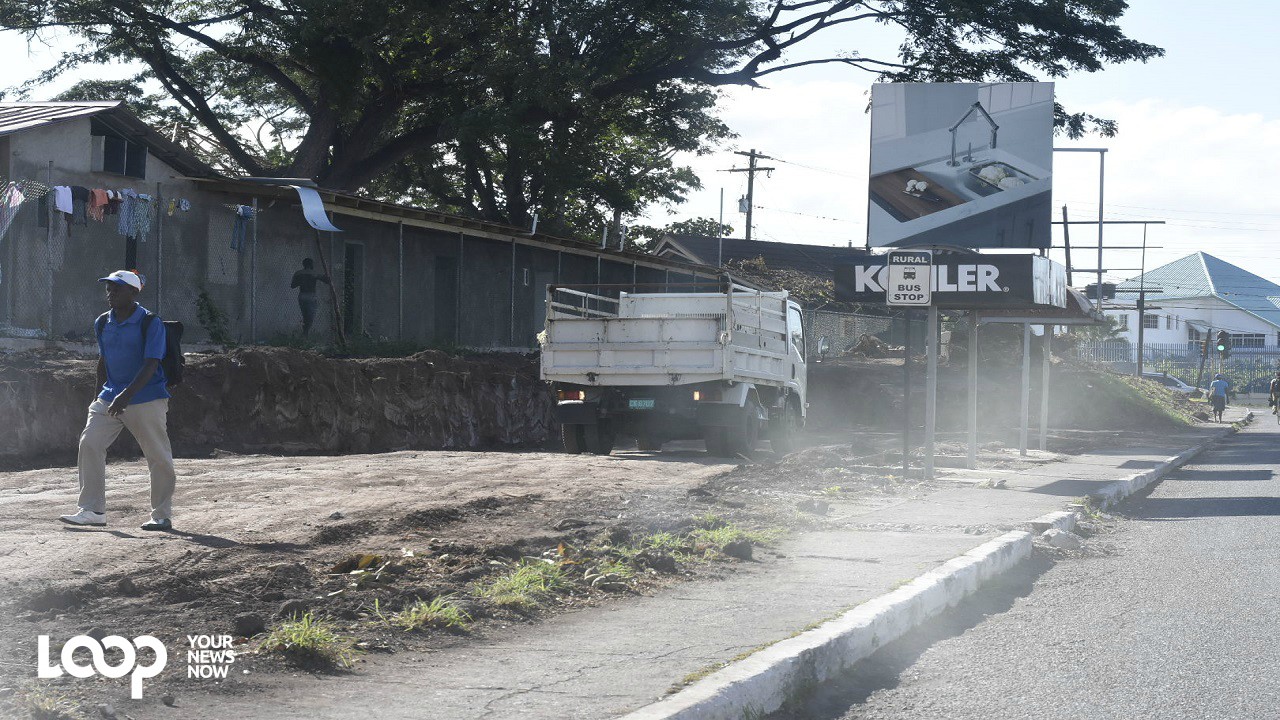 "One could calculate the value of a tree based on certain principles, habitat for animals, reducing carbon dioxide in the atmosphere, the release of oxygen, the heat that trees reduce, especially in places like Kingston where the urban heat effect is tempered by green areas, grass and bushes," said McCaulay, who noted in a tweet that "Those trees (on Constant Spring Road) were probably 100 years old." 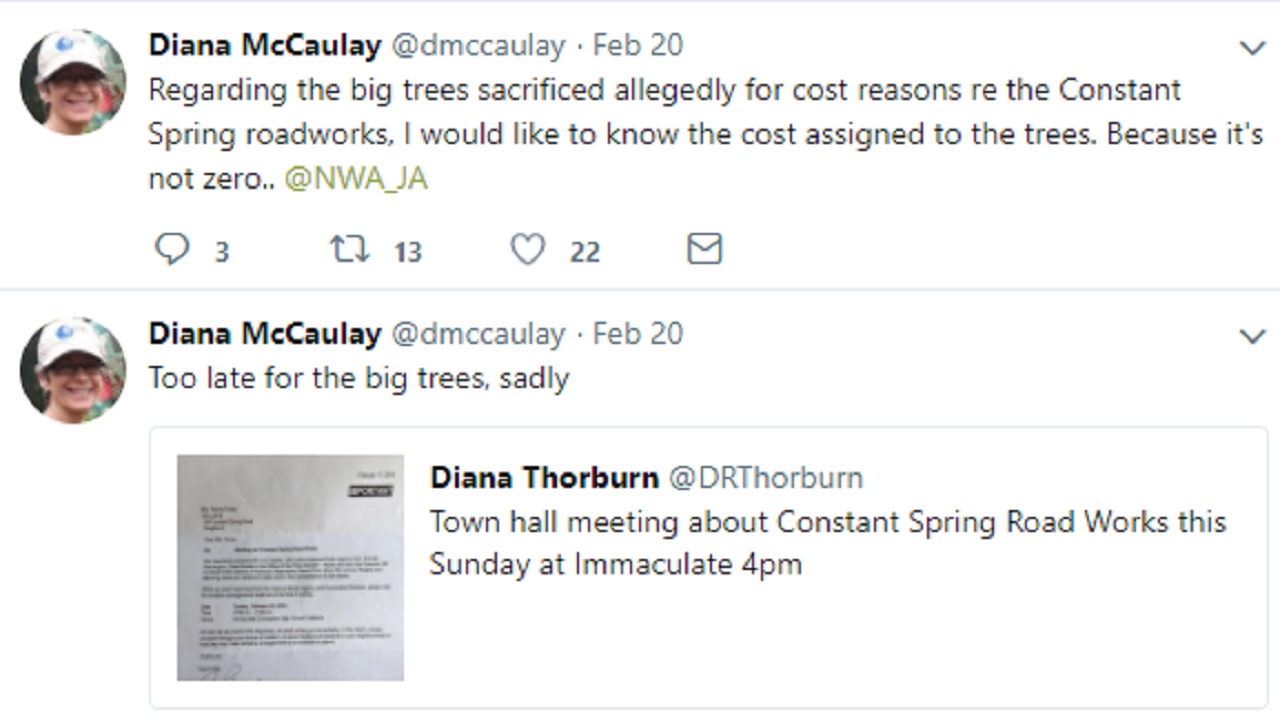 So with all this knowledge, why are urban planners still mowing down trees in the name of urban development?

"I am a retired environmentalist, but I haven't retired from caring. Jamaica will be hotter if we cover trees with parking lots. Constant Spring Road could have been widened to the other side, and saved the trees, ask the NWA what they believe is the value of a tree, I'd love to hear," McCaulay reasoned.

An answer may be a long time in coming as efforts to get a comment from Stephen Shaw, manager of communication and customer services at the NWA, proved futile as he did not respond to an emailed query up to the publication of this story.

Brace for traffic changes along Barbican roadway on Wednesday