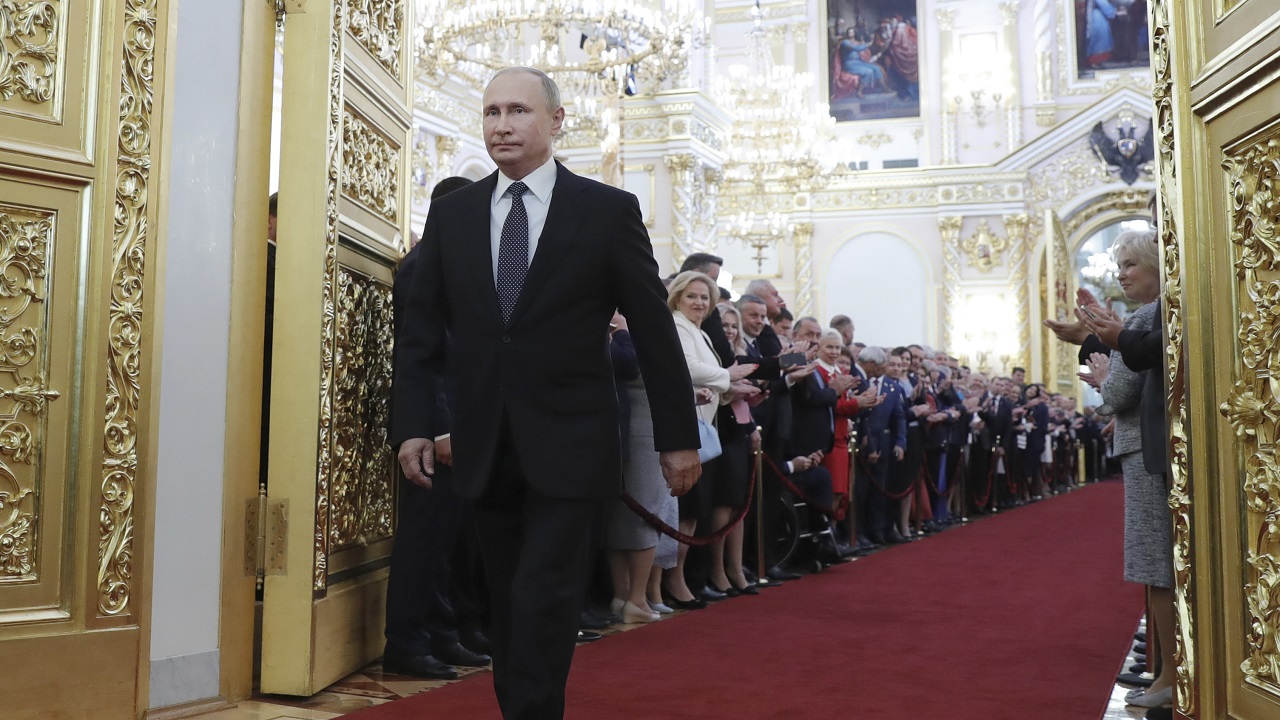 (Image: AP: Vladimir Putin is applauded as he walks into the hall for his inauguration on 7 May 2018)

Vladimir Putin took the oath of office on Monday for his fourth term as Russian president, promising to pursue an economic agenda that would boost living standards across the country.

In a ceremony in Moscow, Putin said improving Russia's economy following a recession partly linked to international sanctions would be a primary goal of his next six-year term.

"Now, we must use all existing possibilities, first of all for resolving internal urgent tasks of development, for economic and technological breakthroughs, for raising competitiveness in those spheres that determine the future," he told thousands of guests.

Although Putin has restored Russia's prominence on the world stage through military actions - including intervening in Syria's war to help President Bashar Assad - he has been criticised for inadequate efforts to diversify Russia's economy away from its dependence on oil and gas exports or develop the country's manufacturing sector.

Russia's economy was hit hard by low world oil prices and sanctions connected to Russia's 2014 annexation of Crimea and military involvement in the separatist uprising in eastern Ukraine, with the rouble losing half its value between 2014 and 2016.

The country recorded an anaemic improvement in 2017, with gross domestic product rising 1.5 percent and the rouble recovering some of its value. But the rouble dropped about 8 percent again last month in the wake of new US sanctions.

"Russia should be modern and dynamic, it should be ready to accept the call of the times," he said.

In his speech, he made only brief reference to Russia's international role, saying: "Russia is a strong, active, influential participant in international life. The security and defence capability of the country is reliably ensured. We will give these matters the necessary constant attention."

Putin held onto the presidency in March's election when he tallied 77 percent of the vote.

Putin has effectively been the leader of Russia for all of the 21st Century. He stepped down from the presidency in 2008 because of term limits, but was named prime minister and continued to steer the country until he returned as president in 2012.

China could target US firms, debt if Trump plays hardball