Putin, Maduro talk on the phone about cooperation amid virus 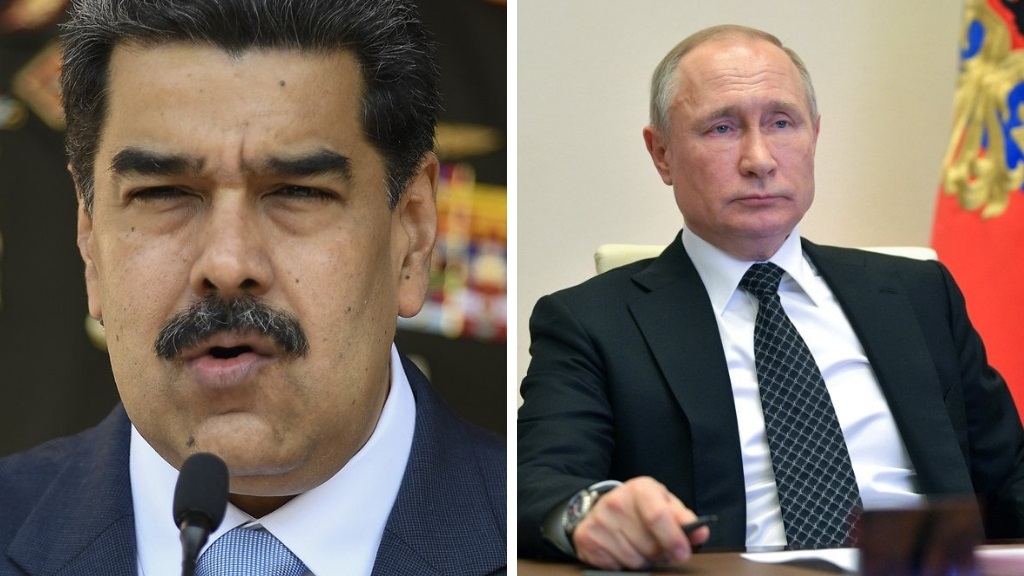 Russian President Vladimir Putin and Venezuelan leader Nicolás Maduro discussed cooperation between the two countries amid the coronavirus pandemic over the phone on Monday, the Kremlin said in a statement.

Maduro thanked Putin for the support Moscow is providing to Venezuela during the pandemic, including a shipment of tests for the virus, the statement said.

Both presidents hailed the global OPEC+ deal to pump less crude oil in a bid to limit a crash in prices that has been straining some countries' economies, and "noted the importance" of Putin's idea to create "green corridors" for supplies of medications, food and equipment that would be "free of trade wars and sanctions" during the coronavirus crisis.

Russia's president proposed this measure during the G-20 summit on March 26.

According to the Kremlin, during the call Putin also reiterated Russia's support for Maduro's "efforts ... to peacefully resolve domestic dispute" with the opposition that has been smouldering in the country since 2019, and pointed out that "destructive foreign interference into Venezuelan affairs" is unacceptable.

Russia and Venezuela have a political, military and economic alliance that was cemented years ago between Putin and Hugo Chávez, Maduro's predecessor.

The Russians have provided the South American nation with substantial assistance, including an air defence system and help circumventing US sanctions on their oil industry.

Trump: US to deploy anti-drug Navy ships near Venezuela