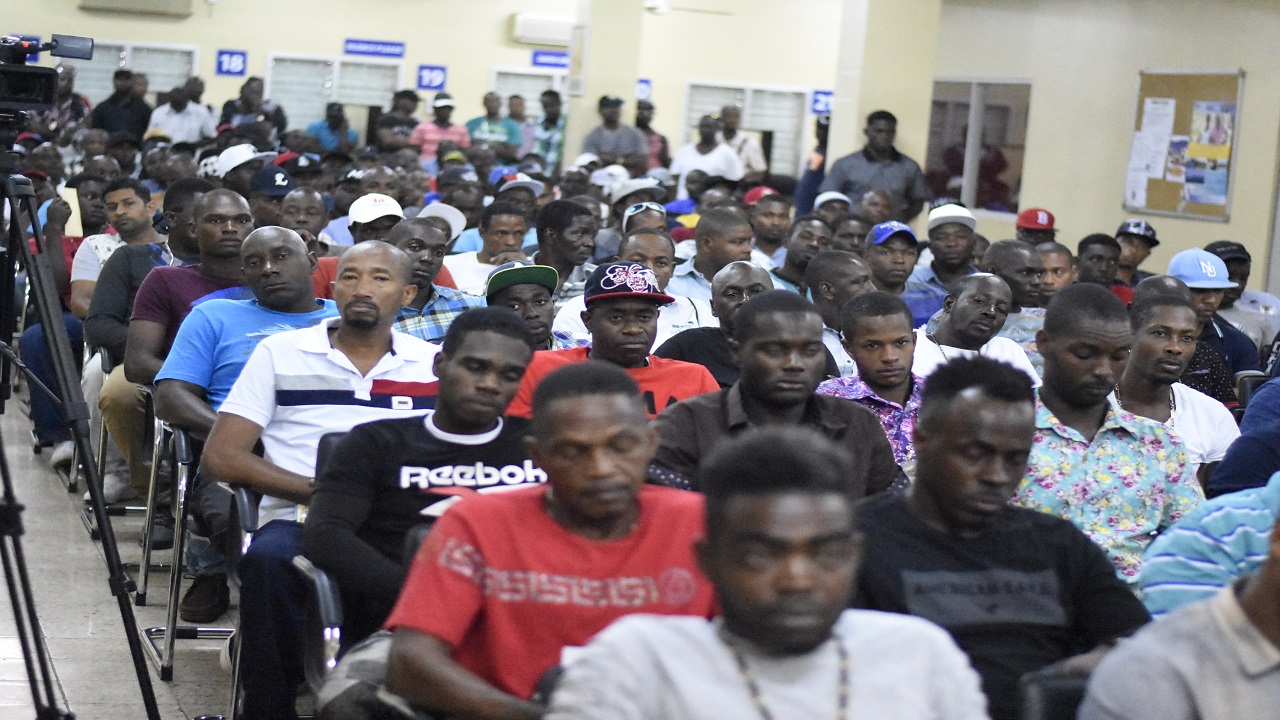 Some of the 300 farm workers set to go to Canada to work in the Seasonal Agricultural Workers Programme. (PHOTOS: Marlon Reid)

The Jamaican and Canadian governments are working on levelling the ratio of women to men in the Seasonal Agricultural Workers Programme (SAWP).

According to Minister of Labour and Social Security, Shahine Robinson, the move is in line with the global quest for gender equality in all aspects of work. 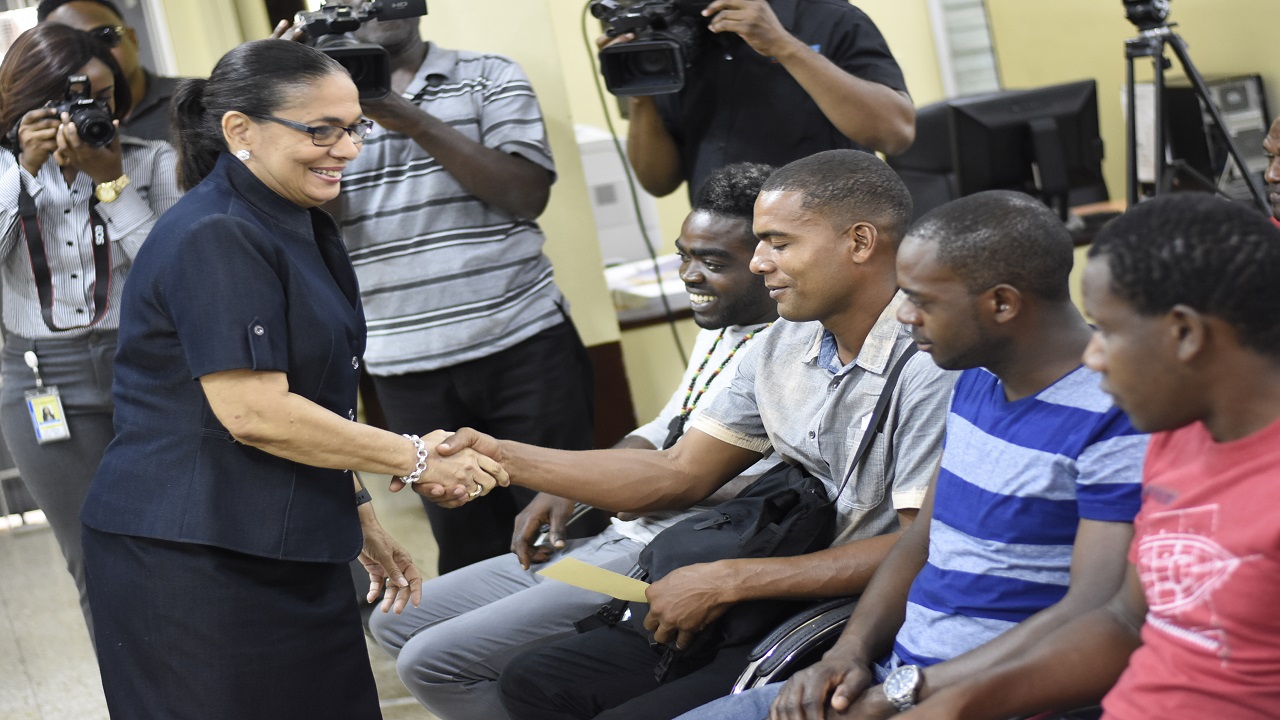 Speaking at a sending off function for farm workers in the programme at her ministry’s East Street, downtown Kingston premises, Robinson said that her ministry is working with the Canadians to ensure that Jamaican women are competent to take on the farm work task.

She said that discussions are currently taking place with Canada’s Minister of Labour, Patty Hajdu and High Commission to Jamaica, Laurie Peters.

Robinson said, “the Minister of Labour in Canada has committed to helping us to achieve this. So too has the new (Canadian) High Commissioner who met with us about three weeks ago. She herself wants to see the number of females increase and we are working on that.”

Robinson said that women were not a part of the 300 farm workers who will depart the island on Thursday and Friday for Canada. She said that this is because women are used later in the season.

“These fellows who are going, they are going to actually do planting, but as the season begins to reach to the reaping section, that is when the females are needed,” she said.

It is understood that the women are also used for packing.

The ministry is also working on increasing the participation of women in the Farm Work Programme in the United States.

Robinson said that there are positive signs that the numbers will be increased this year, from the 165 women that participated in the programme last year, as the female participants last year performed creditably.