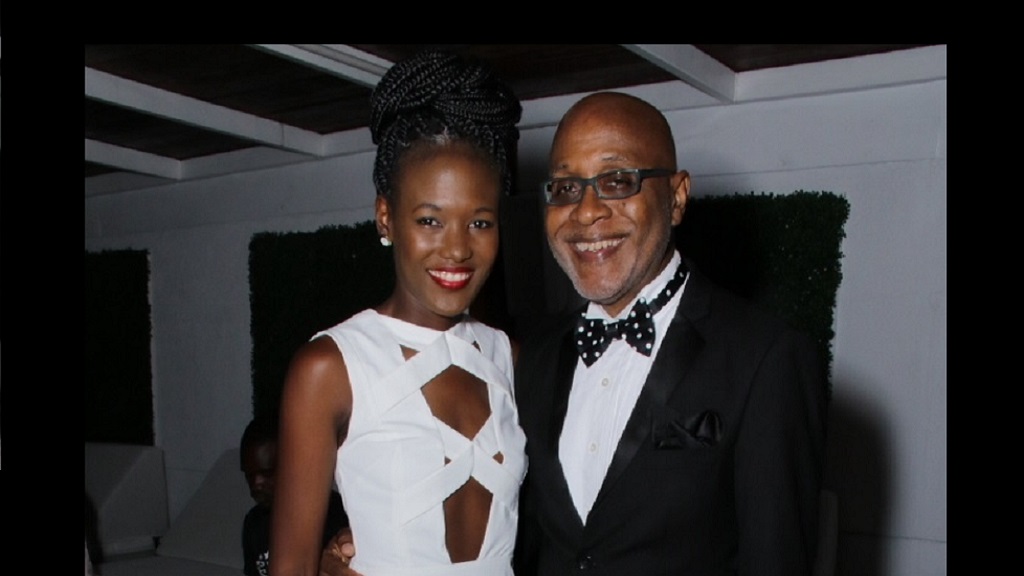 Pulse Chairman Kingsley Cooper and his daughter, Safia who serves as managing director for the company.

Pulse Investments will add an additional 5,550,000,000 shares to its authorised capital following approval from its shareholders at its annual general meeting on Tuesday.

Pulse Chairman, Kingsley Cooper told shareholders that the board now contemplates using the additional to facilitate a 3:1 stock split; a rights issue or a combination of both.

“This is by no means final but we have had over the years opinions from shareholders and others that Pulse would be better served if it owned the property it now leases. The feeling is that it will get more traction from institutional investors and others if that were the case,” Cooper said.

The property being considered for ownership by Pulse Investments is the nine-acre Villa Ronai property in Stony Hill, St Andrew. Villa Ronai today offers accommodations and is used as a destination for events including weddings and parties.

As Pulse moves forward its marrying its modelling business with its real estate development, the property will see the addition of 68 suites as well as the construction of residential units under the name Pulse Homes.

Pulse Homes development was announced by Cooper in January, a month after the company issued a $250 global note.

According to Cooper, $65 million of the funds raised would be used to settle existing bank debt Pulse had, while the remaining $185 million is expected to be shared between Villa Ronai and the Pulse Homes project. It unclear the ratio split, but Villa Ronai was projected to get majority of the remaining funds.

“We are thinking of Villa Ronai at this time because of the current investment that is being made and also the plans for future investment in terms of Pulse Homes and so on,” Cooper said.

The development of Pulse Homes will see the company creating an entrance to the planned residential units through Diamond Road down into the valley where it has unused lands.

“There is a road that already takes us into the valley and to get us over to the property that we own and if we need to acquire,” Cooper said.

“Half of the land that is down there is land that will never be developed based on where it falls. Whether it is Diamond Road or Old Stony Hill Road, most of the homes are built to the road and the higher part of the land so that is something that we are seriously looking at,” Cooper told shareholders.

Pulse Investments, which more than doubled the December quarter with $230 million in profit, also has plans to use the capital raised from the rights issue to expand Pulse’s creative business segment through the acquisition of New York-based internet radio station IrieJam from its Caribbean-related content as well as a cosmetic company with an international presence.

As for the stock split, “The stock split is proposed because once the stock price gets to a certain level; we find that there seems to be a barrier to subsequent trades or further growth in the value of the stock. So splitting the stock has proven beneficial in the past. It increases liquidity and it makes it easier for investors to come into the company,” Cooper said.

Pulse up more than 13% to lead JSE gains

Pulse up 19% to lead JSE gains