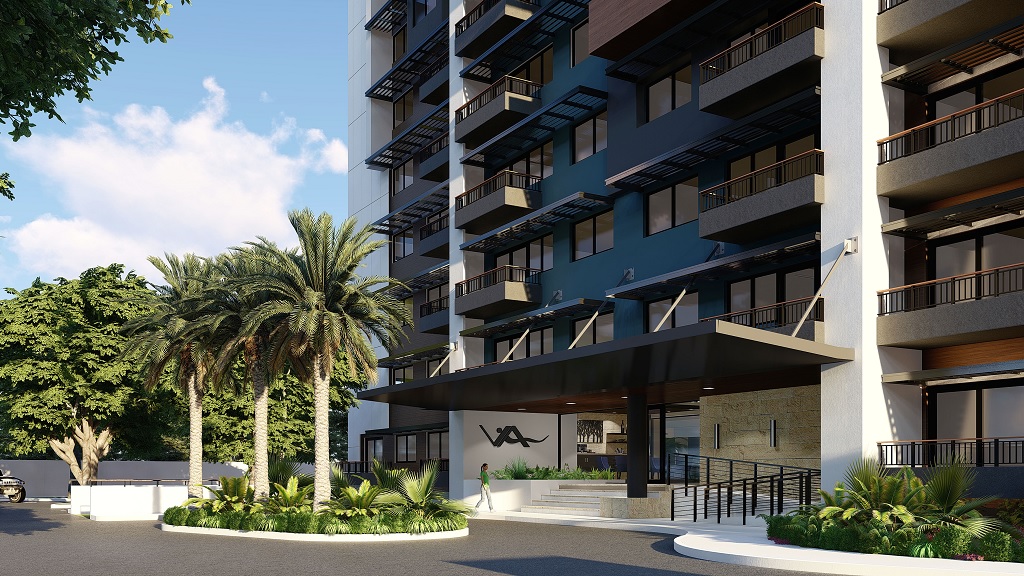 Artist impression of the view from the gate at VIA at Braemar, Proven REIT's fifth residential development which was unveiled on Sunday.

At a launch ceremony held at the AC Hotel on Sunday, the real estate investment company unveiled plans for the development comprised of 51 Studio apartments; 30 one-bedroom/ 1.5 bathroom and 18 two-bedroom/ 2.5 bathroom units.

Price per unit ranges from J$21 million to J$42 million. The delivery date for the development is July 2021. Construction will begin in a few weeks, according to Proven.

Watch drone footage of the VIA at Braemar site, provided by the developers, below.

In 2012, the company undertook its first residential real estate development, ‘ei8ht’, consisting of 31 studio apartments ranging from 520 to 730 Sq. Ft. The development was completed in 2015 and sold out.

Subsequently, PREIT commenced development of its second residential development, The Sullivan, which consists of 24 studio apartments ranging from 550 to 600 square feet in a single four-storey building.

Its third was GIAU, named after a high mountain pass in the Dolomites in Italy, and located at 25-27 Millsborough Avenue in Kingston 6.  The 17 luxury residences include villas with staff quarters and the development is slated for completion in January 2020.

Its fourth residential development was the Cesar, which broke ground in October 2019. The development cost for that Millsborough, St Andrew project is US$11 million. The Cesar features six villas and nine apartments, ranging from two to four bedrooms.

The villas will have individual plunge pools, standby power, and standby water supply.

Asked about total spend to date on residential developments and return on investment,  Proven REIT CEO, Aisha Campbell said she did not have the information at hand. However, in relation to the newest development, she said at the launch that the development’s location in the urban centre of New Kingston was its selling point.

“We have redefined urban living,” she stated.

"It is said that the value and attractiveness of Real Estate is dependent on three variables 'location, location, location'. Well VIA has all three, located in the urban centre of New Kingston yet tucked away just enough to give a sense and feel of not being in the middle of the bustling city."

Chief Architect, David Douglas said at the launch that he was inspired by the lush outdoors which he brought inside in his design.

"The idea was to elevate and bring the natural landscape into the building. All lounges are landscaped with grass and trees and provide natural sunlight and ventilation. We even designed a sunrise lounge so residents who want to do yoga or meditate with the sunrise have that option," he said.

Chairman of Proven RET and CEO of Proven Limited, Chris Williams said the company has partnered with VMBS for financing and that “a mortgage for a unit was as low as J$130,000.”

He stated that all the two-bedroom units including the penthouses had sold out within 30 minutes of the launch, and more than 85 per cent of the units have now been sold.

Amenities include a reception area with concierge,  landscaped lounges with north and south lookouts, a suspended rooftop pool that spans both sides of the building, and a business and coffee centre within.