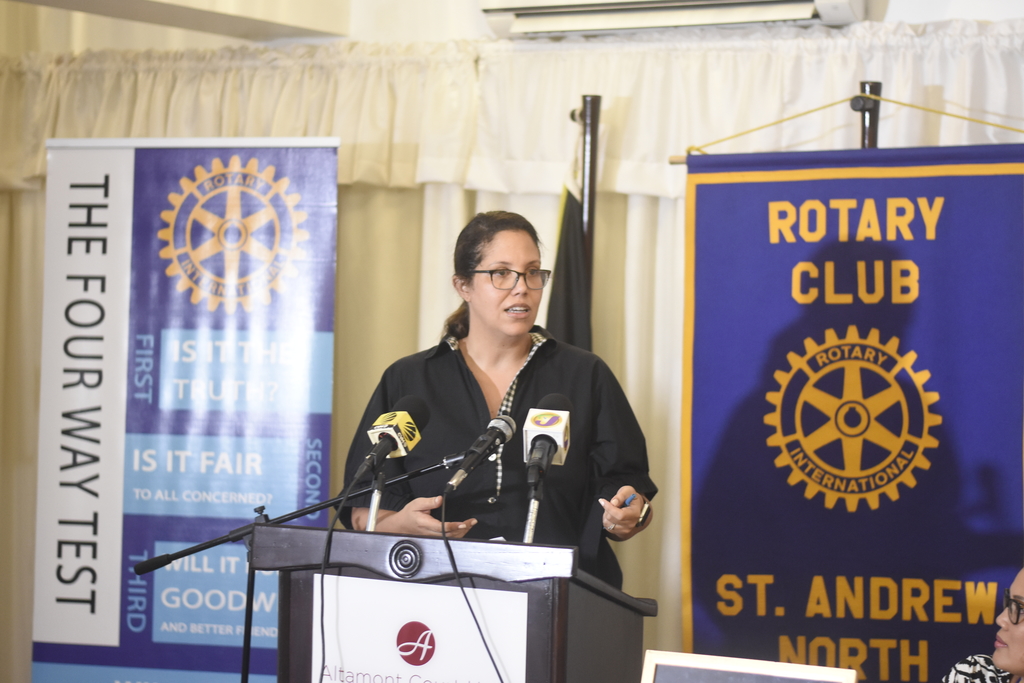 Chairman of the Cannabis Licensing Authority, Cindy Lightbourne, says that while several countries around the world appear to be way ahead of Jamaica in capitalising on the marijuana industry, they are not facing the kind of challenges affecting locals.

Chief among those is the fact that local business operators in the cannabis industry are not able to open business banks accounts and those with existing accounts have had to close them.  As a result, they are unable to attract financing. In addition, they cannot be licensed without the requisite financing.

Lightbourne was speaking at a regular meeting of the Rotary Club of St. Andrew North, held at the Altamont Court Hotel, in Kingston on Monday, February 18.

“While countries such as the USA, Israel and Canada are seeing significant economic activity from recreational ganja, they don’t face the challenges we do in Jamaica.  People expected that overnight we were going to have an enormous cannabis industry and Jamaica was going to have money falling from the sky and everything was going to be great,” she noted.

However, she said no serious thought had been given to ensuring that every other industry in Jamaica would not be negatively affected because of what we were trying to do. Lightbourne indicated that if Jamaica attempted to go against international and USA-imposed rules related to marijuana, the ramifications could be enormous.

“Can you imagine the impact on this country if we were not able to get remittances,” she noted.

“Presently, we have a situation where people go through an extraordinarily rigorous system to be legal but are then put in a situation where they have to operate slightly illegal because they are sitting on enormous amounts of cash.  Also, the banks do not want to do business with anyone that the cannabis business applicant is dealing with.  So you start to go down a rabbit hole not knowing where it will stop”.

“Yet people want us to build a billion dollar industry on limited resources in six months.  It won’t happen!  If it didn’t happen in Canada, it isn’t going to happen for us,” she said.

As of December 2018, the Cannabis Licensing Authority had processed 547 licence applications, 147 of which received conditional approvals, while 36 licences have been granted and 29 issued.