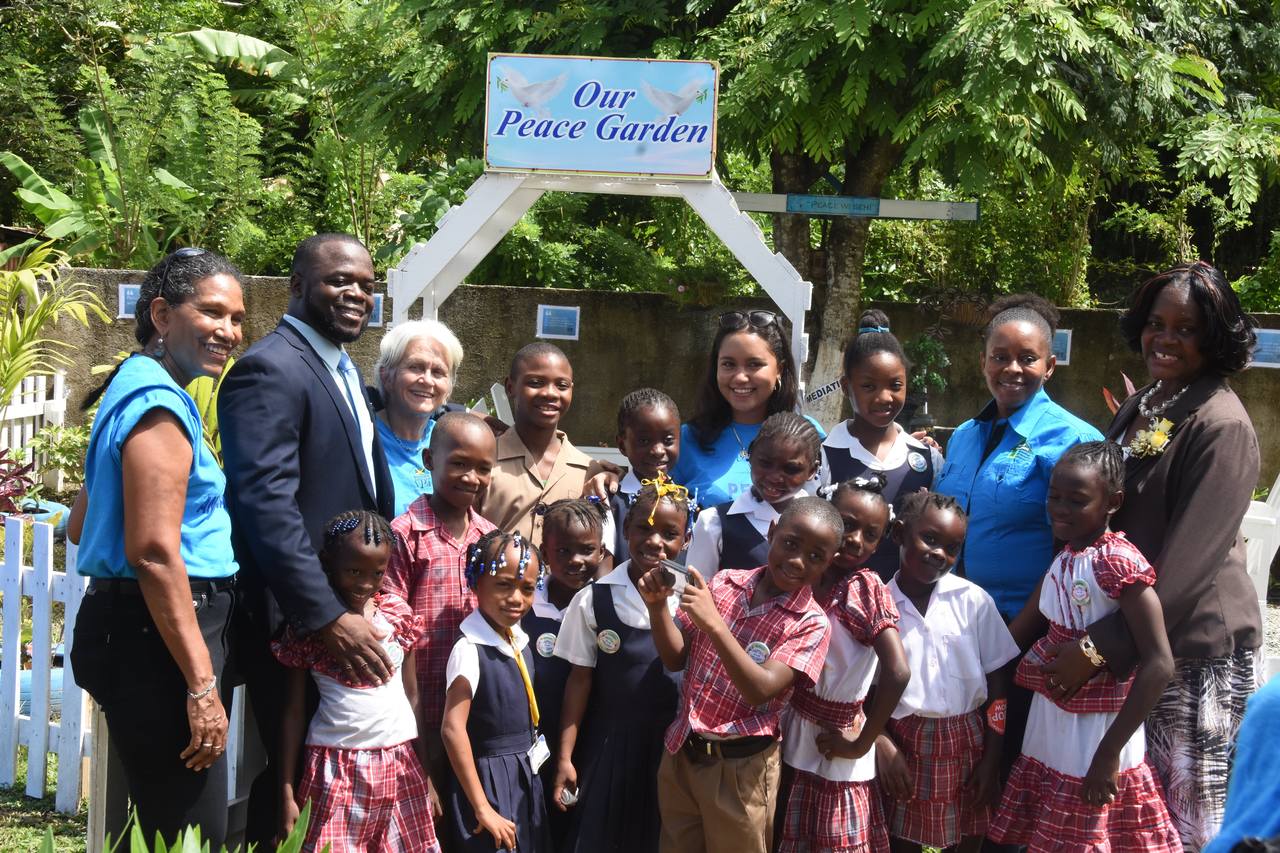 Nesline Lawrence (right), principal of Prospect Primary and her students take a group photo before their Peace Garden. Sharing in the moment are: (from left) Colleen Wint-Bond, project coordinator at the VPA; Lanceford Grant, education officer at the Ministry of Education; Dr. Elizabeth Ward, chair of the VPA Cassidy Edwards, research assistant at the VPA and Lois Morgan at the Forestry Department.

Prospect Primary School located at Danvers Pen in St Thomas is the winner of the first Trees for Peace Competition, which was launched by the Violence Prevention Alliance (VPA) in collaboration with the Ministry of Education, Youth and Information on Peace Day in March earlier this year.

The rural school of just under 100 students emerged the winner following the judging of 30 schools that created Peace Gardens across the island as one of the criteria of the Competition.

“I knew we were going to win. I just felt it,” said Nesline Lawrence, principal of the school in an interview before officially receiving the top prize that included a trophy two tablets and$150,000 to assist with development projects at the school.

Lawrence said when she saw the poster about the competition, she had a discussion with her guidance counselor who also agreed that the rural school should enter the competition.

“I immediately hit the ground running. I identified a spot on the school ground but it couldn’t work, so my plants were still in the nursery she informed, but then noted that she found a perfect spot in a secluded area at the front of the school. 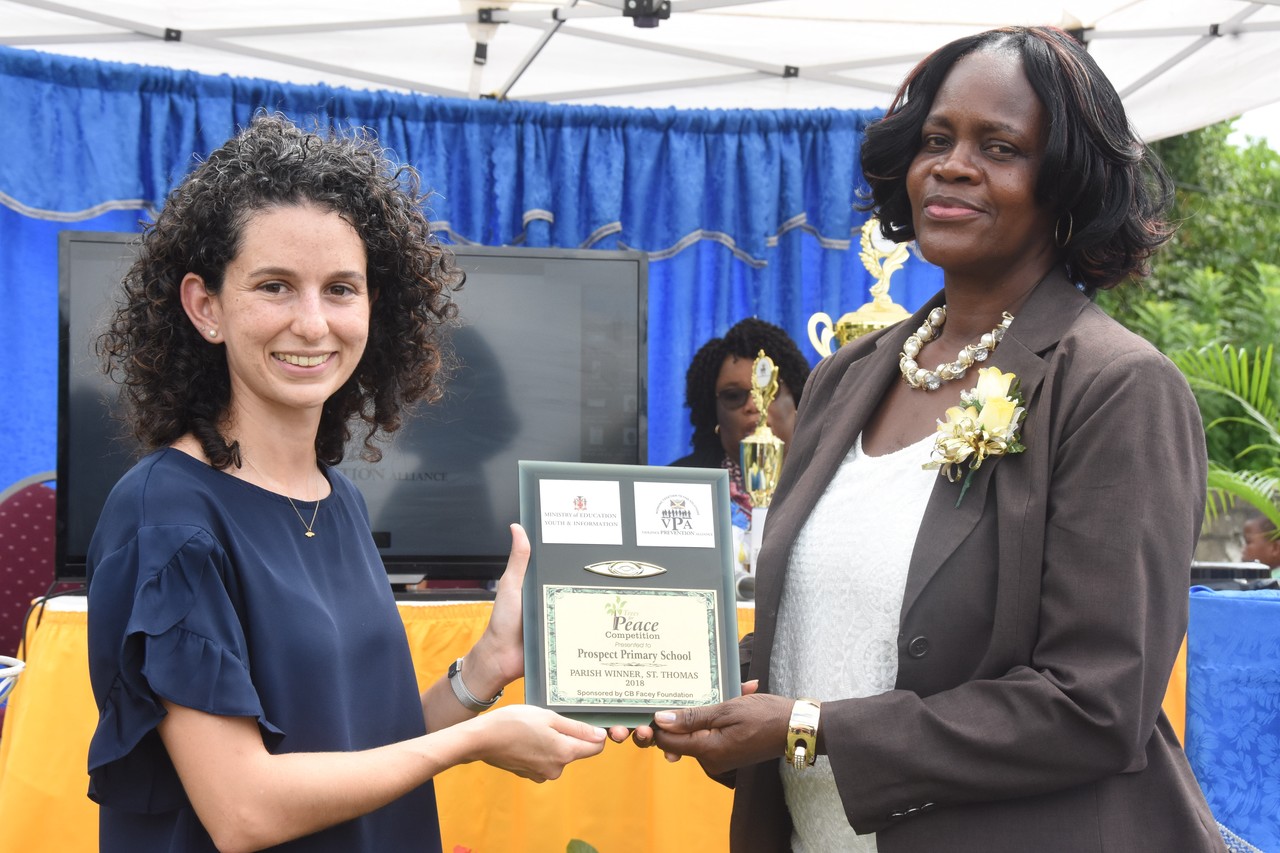 She said it was hard work with the children, teachers and parents all having an input on the project. “On completion, one of my teachers said to me “Miss, nobody else but us can win this competition” and I said to her but you don’t see the other schools’ garden. This garden took too much out of us, it was a lot of sacrifice but it paid off,” she said with pride.

The Peace Garden comprised of flowery plants; benches, a water fountain and inspirational peace quotes scattered across the garden.

“It is like a ‘naughty corner’ too, so whenever students misbehave they are sent there because it is therapeutic, it also has water running, so that alone will calm them down; it is relaxing,” she said.

Dr. Elizabeth Ward, chair of the VPA commended the school for its hard work during the awards ceremony held on the schools premises on Wednesday, October 10.

“The message is one of strong roots, well watered, branches reaching up to the sky. We need strong characters to survive the harsh conditions that we often face. Peace on Earth does not alone depend on us having a secure living environment but also involves us working together to resolve conflicts. So we need to keep these green, clean spaces and quiet spaces in our lives,” she said.

Dr. Ward underscored that trees are a symbol of hope. “We want to make sure you are planting hope in your life, for a better place and a better space and leave a legacy for peace for all our Jamaican children,” she said.

More than 100 schools entered the competition, but only 30 schools created Peace Gardens across 12 parishes.