Prosecutors: Times Square driver wanted to ‘kill them all’ 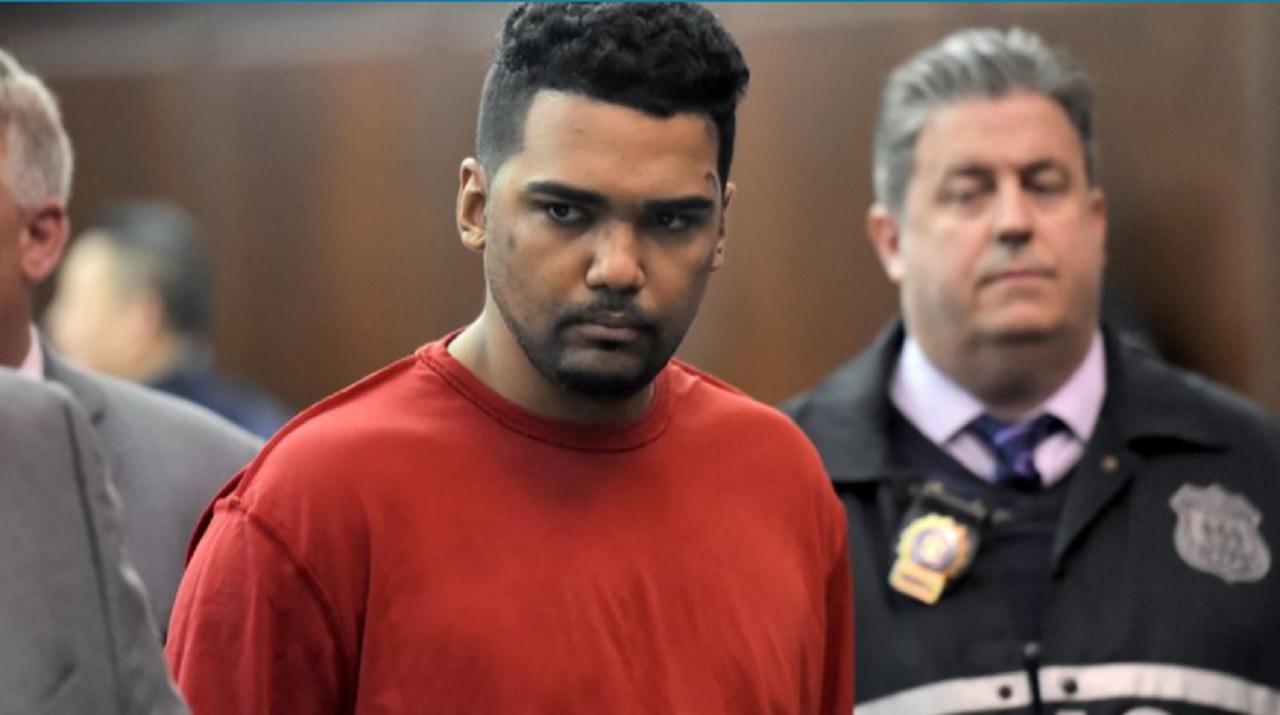 Richard Rojas of the Bronx, N.Y., appears during his arraignment in Manhattan Criminal Court, in New York, Friday, May 19, 2017. Rojas is accused of mowing down a crowd of Times Square pedestrians with his car on Thursday.

A man charged with slamming his speeding car into pedestrians in Times Square, killing a teenager and injuring nearly two dozen people, said he wanted to “kill them all” and police should have shot him to stop him, a prosecutor revealed Friday.

Richard Rojas, 26, also said he had smoked marijuana laced with PCP sometime before making a U-Turn onto the sidewalks of the bustling Crossroads of the World and plowing straight ahead into frightened tourists, according to a criminal complaint.

Officials are awaiting toxicology results, though Rojas “had glassy eyes, slurred speech, and was unsteady,” during his arrest, the complaint said.

“He murdered in cold blood,” Assistant District Attorney Harrison Schweiloch said. Eighteen-year-old Alyssa Elsman, of Portage, Michigan, was killed in the crash. Her 13-year-old sister was among the 22 injured.

Three people are in critical condition with serious head injuries, and a fourth is being treated for a collapsed lung and broken pelvis, according to the complaint.

Rojas, wearing the same red T-shirt and jeans he was photographed in the day earlier, appeared subdued Friday during a brief court appearance where prosecutors detailed murder and attempted murder charges.

He didn’t enter a plea and was held without bail. Rojas’ lawyer, Enrico Demarco, had no comment. His family and friends who attended the hearing cried outside court and didn’t speak to reporters. His next court appearance is May 24.

Rojas, who lived with his mother in the Bronx, drove his car Thursday from his home to Times Square, waited for traffic to start moving and then made a U-turn, authorities said. He barreled straight up the sidewalk, knocking down some pedestrians as others ran in terror, before he crashed his car into protective barriers.

“That goes to his state of mind,” said William Aubry, assistant chief of the New York Police Department.

Photographers snapped pictures of a wild-eyed Rojas on Thursday after he climbed from the wrecked car and ran through the streets. A group that included a security supervisor at a nearby Planet Hollywood restaurant tackled him.

Rojas has several prior criminal cases that paint a picture of a troubled man. He pleaded guilty last week to harassment in the Bronx after he was accused of pulling a knife on a notary in his home.

“You’re trying to steal my identity,” he said, according to prosecutors.

Rojas enlisted in the Navy in 2011 and was an electrician’s mate fireman apprentice. In 2012, he served aboard the USS Carney, a destroyer. Rojas spent his final months in the Navy at the Naval Air Station in Jacksonville, Florida.

In 2012, he was arrested and accused of beating a cab driver whom he said had disrespected him by trying to charge too much, according to the arrest report. The arresting officer said Rojas screamed, “My life is over!” as he was being detained. After his arrest, Rojas told the officer he was going to kill all police and military police he might see after his release from jail, the Jacksonville sheriff’s office report stated.

Alan Ceballos, an attorney who represented Rojas in that case, said the state charges were dropped after the military stepped in to take jurisdiction over the criminal case.

Navy records show that in 2013 Rojas spent two months at a naval prison in Charleston, South Carolina. He was discharged in 2014 as the result of a special court martial, a Navy official said.