Promote the Caribbean as a unified destination - DR President 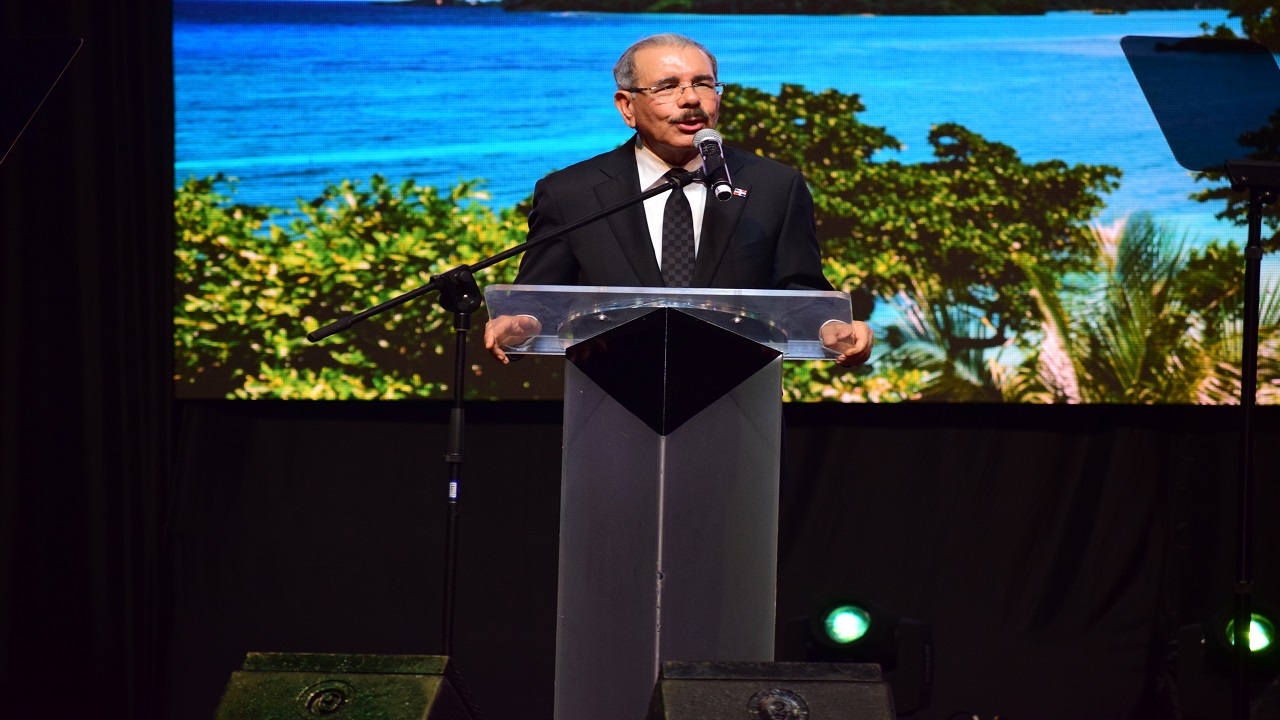 “There is a visitor who wants to accumulate more than one experience in his trip, know the richness and diversity of our cultures and [could] take advantage of his visit to this side of the world to travel to different places,” said President Medina Sanchez.

President of the Dominican Republic, Danilo Medina Sanchez, says the time has come for stakeholders to promote the Caribbean as a unified destination in the global market space.

Speaking at the Gala Dinner and Tourism Icon Awards, held on day two of the Global Conference on Jobs and Inclusive Growth: Partnerships for Sustainable Development, at the Montego Bay Convention Centre, St James, on Tuesday, President Medina Sanchez said, while individual destinations should continue to market themselves, Caribbean states must recognise that there is a larger market to which states in the Caribbean belong.

“There is a visitor who wants to accumulate more than one experience in his trip, know the richness and diversity of our cultures and [could] take advantage of his visit to this side of the world to travel to different places,” said Medina Sanchez.

“That opens us, as you know well, a large space for what in technical language is called multi-destination tourism,” he explained.

“Dominican Republic, Trinidad and Tobago, Barbados, Jamaica, Saint Lucia, Cuba, Puerto Rico, and all the islands that make up this beautiful region, have enormous potential if we are able to weave a network of offers that allows customers to explore all the attractions that it adds up to the climate, culture and experience offered by the Caribbean,” he told the audience, which included Prime Minister of Jamaica, Andrew Holness and Prime Minister of St Lucia, Allan Chastanet, as well as retiring Secretary-General of the United Nations World Tourism Organisation, Dr Taleb Rafai and Minister of Tourism, Jamaica, Edmund Bartlett.

He noted that within that context, the Dominican Republic, earlier this week signed a Memorandum of Understanding with Jamaica to establish a multi-destination co-operation; and said the signing is only one of many intended similar collaborations with countries in the region.

Pointing to the robust growth of tourism in the Caribbean in the past year, despite the effects of major hurricanes, President Medina Sanchez stressed the need for sustainability to ensure the future of the Caribbean’s tourism industry.

He pointed to several opportunities emerging from activities to observe the International Year for Sustainable Tourism, including efforts by his own country to encourage and contribute to the sustainable development of tourism, that the region could capitalise on.

“A great opportunity has been opened for us to reflect together on the long term; and, to start planning the concrete measures now, which will lead us to build the tourism sector that we want to leave to the next generations,” he said.

President Medina Sanchez noted that tourism in the Caribbean region grew faster than the world average and as a result, for the first time, exceeded 25 million visitors in 2016.

He says trends indicate that 2017 will be the eighth consecutive year of continuous growth for tourism in the Caribbean.