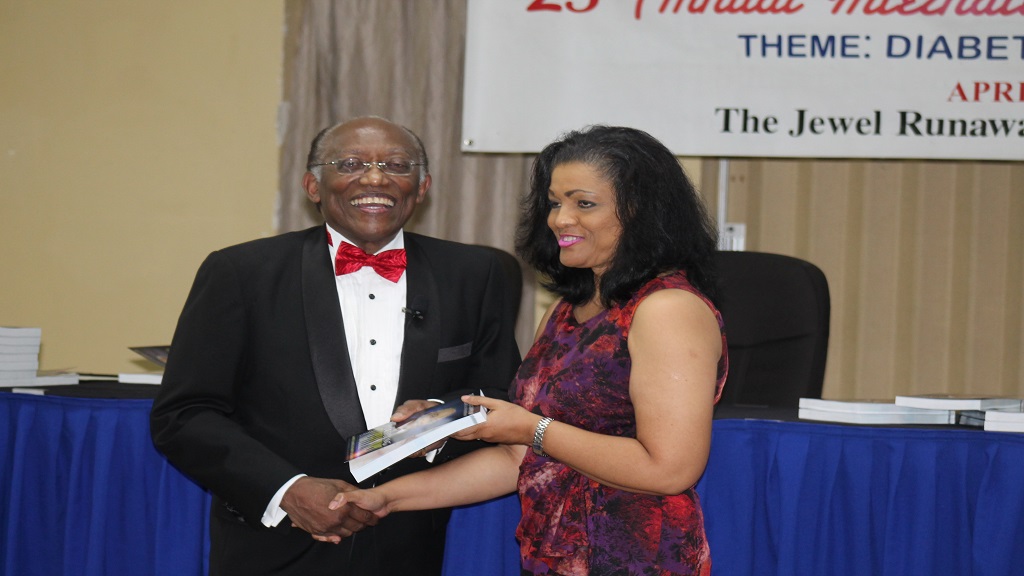 A beaming Professor Morrison presents a copy of his autobiography to Lurline Less, Chairperson of the Diabetes Association of Jamaica.

Morrison was joined by family, friends and colleagues in academia and medicine at Jewel Runaway Bay for the book's launch ceremony.

In a press release, the Pelican-published title is touted as an educational, emotional and entertaining read dedicated to a man who has relentlessly dedicated his life to reducing the burden of diabetes not only in Jamaica but globally.

"It is at once a memoir, a snapshot of Jamaican history, and a subtle treatise on overt racial prejudice endemic in the mid-20th century," stated the release, adding "It is also a story about Prof Morrison’s work spearheading progress in the study and treatment of diabetes. In addition, this autobiography is a loving tribute to family and to a charismatic and exceedingly gifted mother." 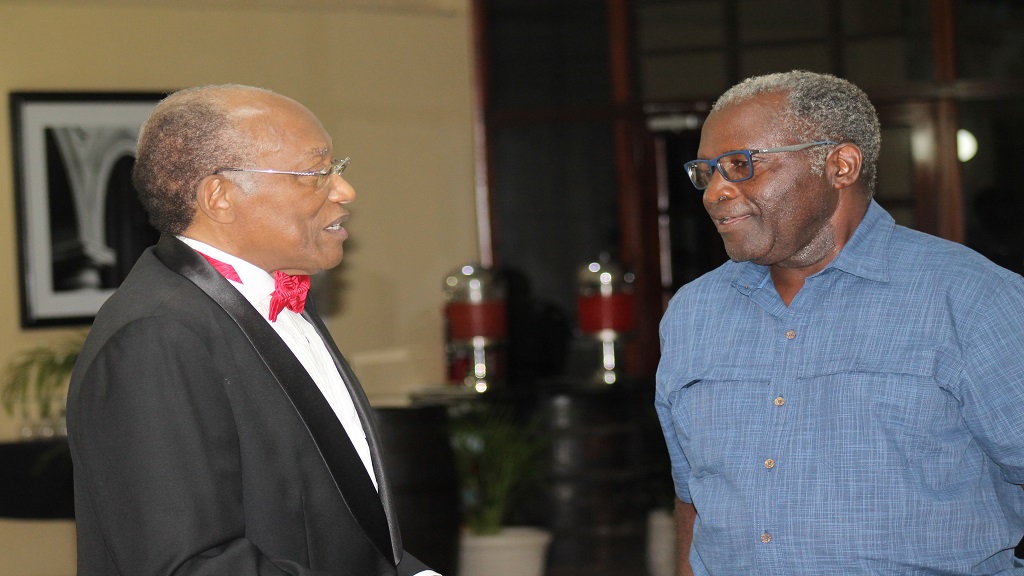 In his keynote address at the launch, Professor Albert Reece, Executive Vice President at the University of Maryland commended Morrison "for sharing this unvarnished memoir with the world so others can benefit from his story of resilience, and his focus on pursuing excellence."

The affable Fae Ellington masterfully guided the evening’s proceedings and throughout the programme shared her many experiences with her physician, Professor Morrison. Highlighting his supreme dedication to his patient’s care and their well-being, his sense of humour, infectious laughter and qualities that lightens the mood of the usually sombre doctor’s visit.

Throughout the autobiography, Morrison paints a balanced picture of his life including both triumphs and errors, never forgetting his roots and foundation.

As the Nobel Prize-winning writer, Herman Hesse once said, “Some of us think holding on makes us strong, but sometimes it is letting go That does!”

Morrison was touted in the release as one who knew when to hold on and when to let go - for example, it stated that although Morrison is a distinguished academician, tenacious biochemist, devoted physician, and shrewd leader, he was not fated to be a successful coffee farmer, noting that he let go of that dream after many setbacks and a hurricane of historical proportions. 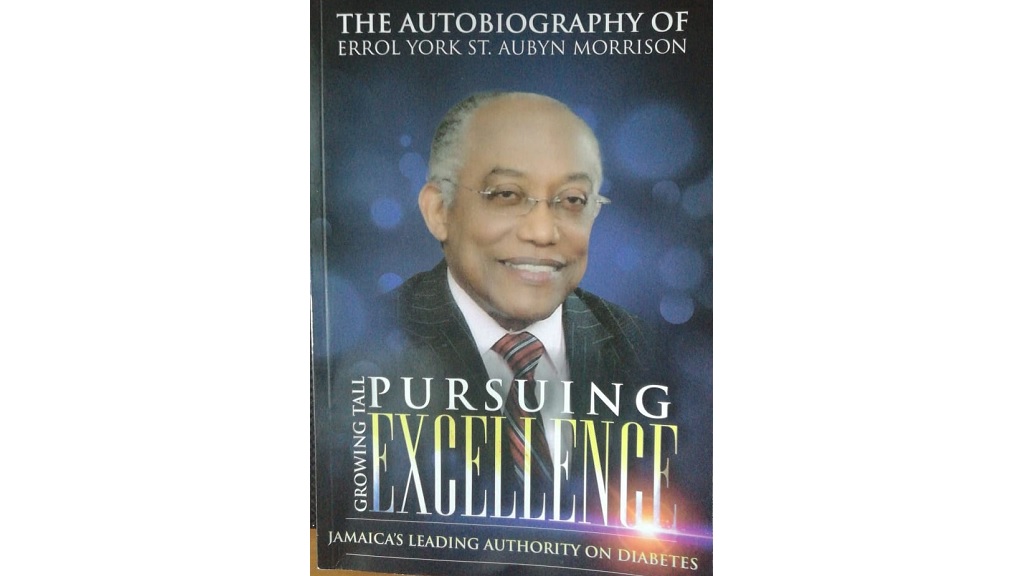 However, he held on to his dream to open a world-class diabetes treatment centre, one which addresses a patient’s every need. In addition, he launched the annual UDOP conference 25 years ago and held on to it through “thick and thin,”.

In the book, the release stated that one will learn more about Morrison's exceptional and highly successful career, for example, he is one of the first investigators to study and report on the incidence of malnutrition related diabetes mellitus, now recognized as a third type—termed “phasic insulin dependence”.

Morrison mentions with a special fondness how touched he was during his time working as a “country doctor” in rural areas of Jamaica including how he was paid in livestock like fowl and produce like yams and sweet potatoes by patients who couldn’t afford the currency of cash.

According to the release,one of the key themes throughout the book is the importance of mentors—both finding a committed mentor and being a good mentor.  Indeed, the title of the book comes from a quote by one of Morrison's early career mentors, Dr Keith Tang who advised him to, “Excel and grow tall, and when you do the leaders will beckon you forth.”

Morrison's first mentor, and one whose spirit he no doubt still carries with him every day, was his mother, Lucille. As one reads the memoir, the release said it will be clear that Morrison shares her tenacity, her resilience, her passion and her perception for identifying challenges and then meeting them head on with grit.

One will reportedly also have many questions answered like how and why Morrison was willing to step up to the plate and take to the helm of the once-fledgling University of Technology, Jamaica.

"It is a fascinating, entertaining, historical, personal and an extremely touching look at a life filled with purpose, triumphs, hardships, great joy and extraordinary achievements," the release concluded.

Elton John is chronicling his "crazy life" in an autobiography

Debut novel from Jamaican author about the power of positive thinking