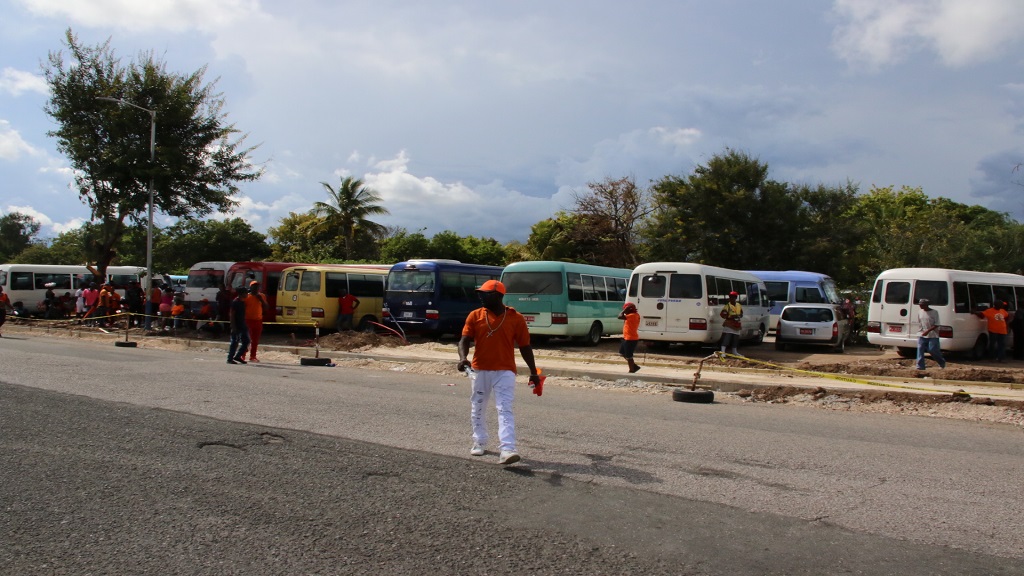 Some of the many privately-operated buses which were parked at or around the National Stadium/National Arena complex in St Andrew for the People's National Party (PNP) annual conference on Sunday.

Private bus operators seemed to have taken time out from their schedules on Sunday, to transport members of the Opposition People's National Party (PNP) to the public session of the party’s annual conference at the National Arena in St Andrew.

All the car parks at the Independence Park complex and those surrounding the arena were full to capacity, with coaster buses making up a large percentage of the rolling stock.

Some of the buses had routes written on them that had no reason to be in Kingston normally, save for their trip to the arena. These include Negril to Sav and Linstead to Spanish Town, but also many routes within or connected to the Corporate Area, like Portmore to Half-Way Tree, and Buff Bay to downtown and Mandeville to Kingston.

According to one operator, Norman Livingston, the price was right for him to make the sojourn from St James to the National Arena.

Livingston said, "It is normally a slow day on a Sunday, and what was offered is more than what we usually make on a Sunday, so I grabbed the chance.

"Apart from that, they feed us and take care of us all day. We caan lose in no way," he added.