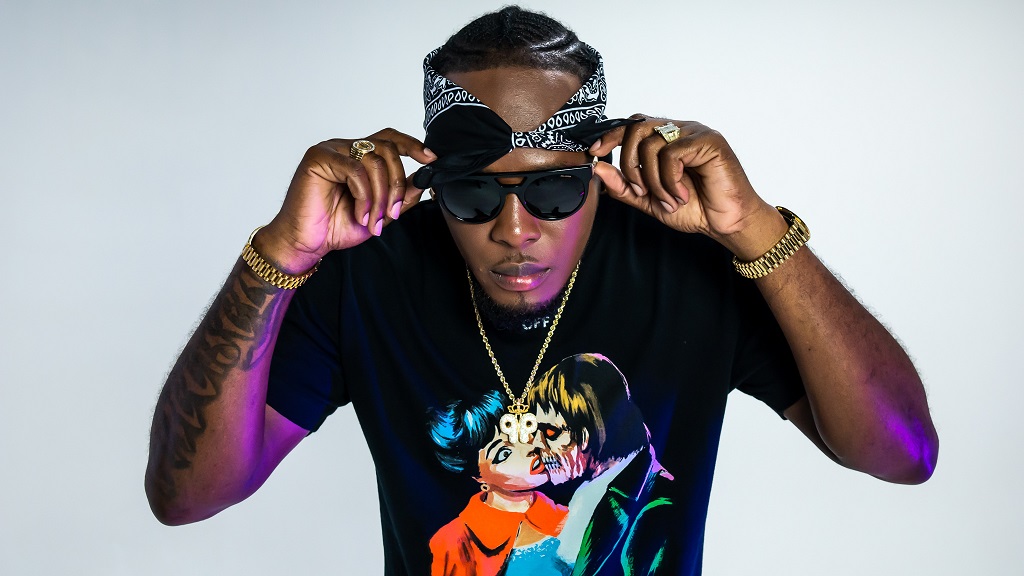 "I shot a video for 'Time Ah Di Masta' with KD Visuals over the weekend in Portland and also 'Circle' which is a lyric vide. The response to 'Whining Class' on radio namely ZIP FM and Suncity FM, in the street dances and from the mixtape selectors has been phenomenal so far, right now, it's a good look," Prince Pin said.

He is now in Jamaica where he is shooting videos, doing recordings and making appearances in a series of promotional gigs across the island.

"I have a dedicated management team that is making the necessary connections in the music industry, and we are developing our own movement, Grung Level, that ah Prince Pin priority right now," he said.

Born Dainton Lawn on August 11, 1984 and raised in the community of Savanna-la-Mar, Westmoreland, Jamaica, Prince Pin now resides in the United States and has been doing music professionally for almost 10 years.

His first introduction to music came through his main inspiration and mentor, his father, who goes by the name "King Pin" throughout Prince Pin's younger years.

He credits Bounty Killer, Sizzla, Capleton, and Buju Banton as artistes who he respects and from whom has gained a lot of knowledge. Prince Pin music can best be described as hardcore reggae/dancehall. His creativity, vocal ability and diversity allows him to tackle a wide variety of topics at a high creative level.

He has gained a lot of popularity and rave reviews amongst dancers from Europe, Asia and the united States for his single titled, "Whining Class". He is best known for his 2017 single entitled "Justice" that generated a lot of controversy and publicity.

Don Reid gets hilarious with 'Courts'