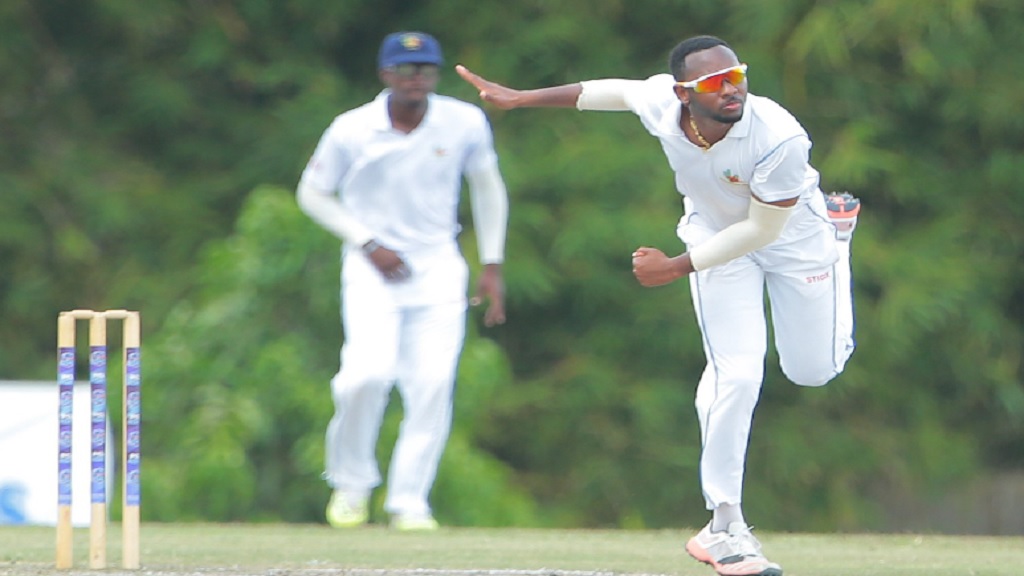 Jamaica Scorpions will enter the Christmas/New Year’s holiday break on a low following a shocking defeat against Barbados Pride in the second round of matches in the 2018-2019 West Indies four-day championship at the Three Ws Oval in Barbados at the weekend.

The Scorpions were out of action in the first round of matches, due to unavailability of a match venue.

Cummins and Warrican defied a lengthy stoppage for rain to share eight wickets and send the Scorpions crashing for their third lowest total ever in the Professional Cricket League era on the third day of the match on Saturday.

Chasing 107 for victory, Scorpions were dramatically bowled out in 18 overs, with no batsman reaching 20, and the match ended about 40 minutes before the scheduled close.

Cummins was the pick of the Pride bowlers, taking 4-19 from six overs, and Warrican grabbed 4-27 from nine overs to finish the match with figures of 12-116 to make him a shoo-in for the Player-of-the-Match award.

To add insult to injury, the match concluded in amusing fashion, when Jermaine Levy failed to beat a direct hit – from bowler Cummins – at the striker’s end and was run out for a duck, going for a single and got a token response from fellow tail-ender Reynard Leveridge.

It was a stunning reversal in the match which the Scorpions practically controlled from the start and seemed destined to win, after the home team, resuming from their overnight total of 93 for three in their second innings, were dismissed on the stroke of lunch.

Opener Shayne Moseley hit the top score of 48 for the Pride, Aaron Jones made 36 and Hayden Walsh, Jr added 31, but the home team’s batting was again undermined by Nikita Miller

The Jaguars victory came before lunch on the final day of their top-of-the-table contest at the Vivian Richards Cricket Ground, allowing them to enter the Christmas/New Year’s holiday break at the top of the standings with 37 points – 14.4 clear of Barbados Pride, their nearest rivals and next opponents when the Championship resumes.

In the other match that came to a conclusion on Sunday, veteran off-spinner Shane Shillingford ended with match figures of 12-147 to bowl Windward Islands Volcanoes to a 76-run victory over Trinidad & Tobago Red Force at the Brian Lara Cricket Academy in Trinidad.

Gudakesh Motie collected both wickets and finished with 3-11 from six overs to follow up the destructive work of fellow left-arm spinner Veerasammy Permaul on the previous day.

The Hurricanes were left short-handed, as Guyana-born opener Rajendra Chandrika was unable to bat, due to injury.

Set 32 for victory, the Jags lost Tagenarine Chanderpaul for one in the second over, but their captain Leon Johnson hastened the conclusion with three boundaries in 15 not out.

Hurricanes, table leaders before the match, dropped to third place on 22.2 points.

Shillingford, who took six in the first innings, grabbed three of the five wickets Red Force lost on the day to end with 6-73 from 35 overs.

Starting the day on 133 for five chasing 270 for victory, Red Force were bundled out in the final half-hour before lunch.

Rookie wicketkeeper/batsman Joshua Da Silva finished with the top score of 41, but no other batsman reached 20.

Once a budding, sixth-wicket between Da Silva and Tion Webster came to an end, the last five Red Force wickets fell for 47, leaving their captain Imran Khan not out on 15.

The result was a welcomed outcome for Volcanoes, after they lost their opening match against the Jaguars. They are fourth on 21.4 points, ahead of fifth-placed Scorpions on five points and bottom-placed Red Force on 4.4.