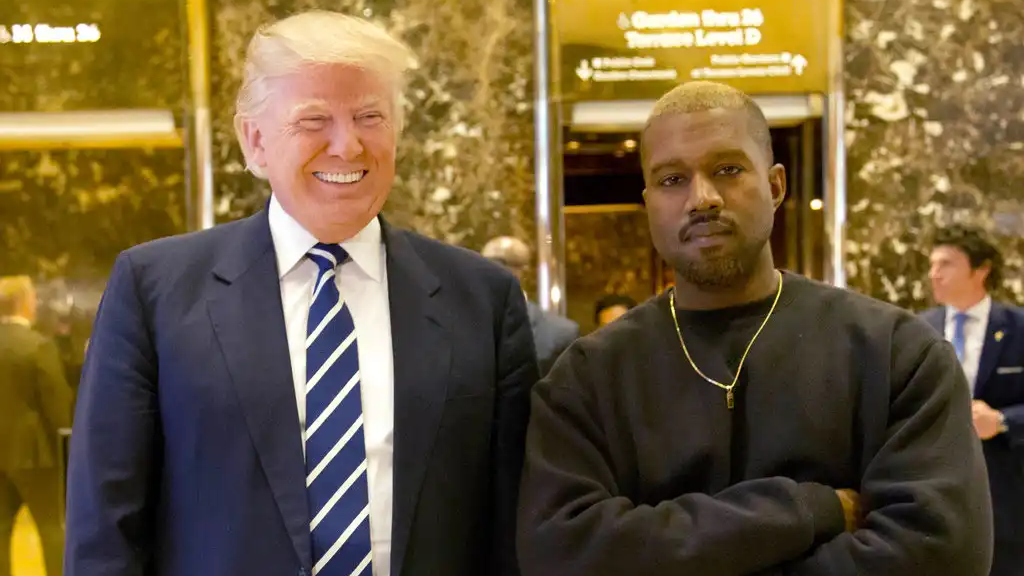 In this Dec. 13, 2016, file photo, President-elect Donald Trump and Kanye West pose for a picture in the lobby of Trump Tower in New York. (AP Photo/Seth Wenig, File)

President Donald Trump is having lunch Thursday with rapper Kanye West, who he calls a longtime friend.

Trump told "Fox and Friends" Thursday: "He's a different kind of guy and that's OK with me."

The White House has said they will talk about manufacturing, prison reform, preventing gang violence and reducing violence in Chicago, where West grew up. Also attending is former NFL great Jim Brown, a civil rights leader who has met with Trump previously.

West is married to reality television star Kim Kardashian West, who pushed Trump to grant a pardon for a drug offender this year.

Black Twitter roasts Kanye for 'slavery is a choice' comments

Watch: Alice Johnson to Kim K: 'You have literally saved my life'