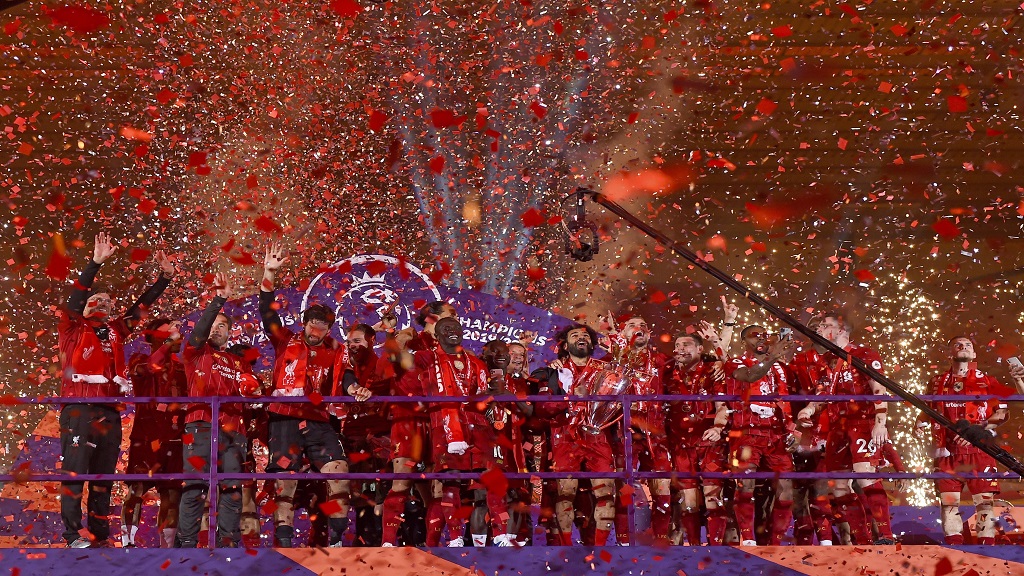 Liverpool players celebrate with the English Premier League trophy after it was presented following their Premier League match against Chelsea at Anfield stadium in Liverpool, England, Wednesday, July 22, 2020. (Paul Ellis, Pool via AP).

Premier League shareholders agreed that the next campaign will get under way seven weeks after the current season finishes on Sunday.

May 23 will be the date for the last game of the new season and the Premier League will remain in dialogue with the Football Association and the EFL over scheduling.

Next season will start a month later than usual due to the coronavirus pandemic, which prevented matches from being played for over three months before the action resumed in June.

August 22 and 29 had been mentioned as possible dates for the opening day, but most top-flight clubs will have a little longer to prepare.

Manchester City, Chelsea, Manchester United and Wolves could face short turnarounds if they go all the way to European finals, although Frank Lampard's side has a mountain to climb ahead of their last 16 second leg against Bayern Munich.

The Bundesliga champions won 3-0 at Stamford Bridge in February.

City - 2-1 up ahead of their home leg versus Real Madrid - are far more likely then Chelsea to be in the Champions League final on August 23, while United and Wolves are still in the hunt to lift the Europa League trophy two days earlier.

Wolves started a marathon 2019-20 season with a Europa League contest against Crusaders way back on July 25 last year.

The winner of the Championship play-offs will not have long to get ready for life in the top flight, as the final will be staged at Wembley on August 4.

Lampard warns Liverpool not to become 'too arrogant'