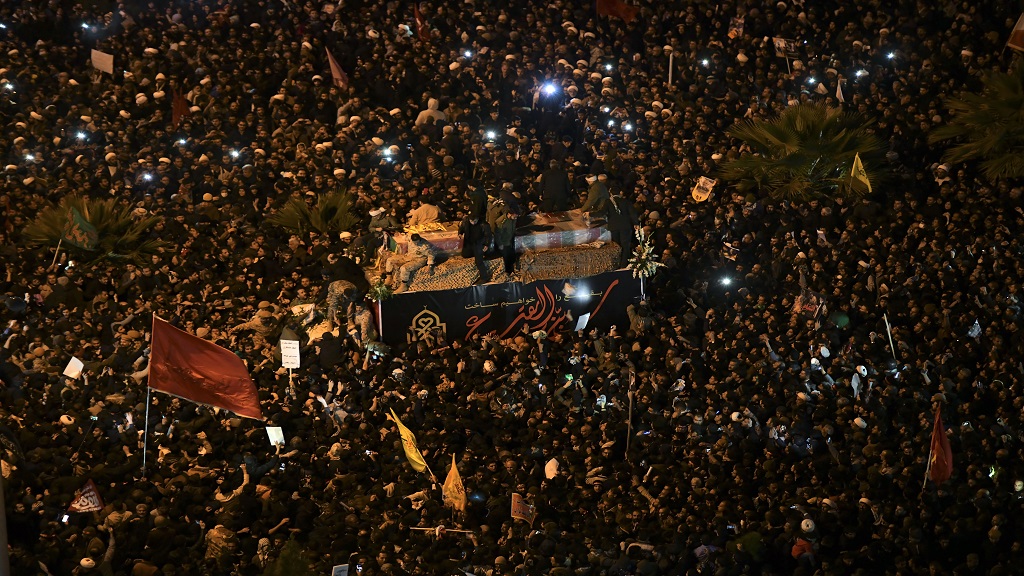 Mourners surround a truck carrying the flag draped coffins of Gen. Qassem Soleimani and his comrades in the holy city of Qom south of the capital Tehran, Iran, Monday, Jan. 6, 2020. (Amir Hesaminejad/Tasnim News Agency via AP)

The past few days have been filled with talk of a possible World War III as a result of the recent US killing of a top Iranian figure, Major General Qasem Soleimani.

Many are questioning whether the possible retaliation on the US will affect the Caribbean.

In a recent telephone interview, St Lucian political analyst Earl Bousquet, told Loop News: “From a regional perspective, Caribbean security will be at stake like never before, as modern-day war machines and weapons of mass destruction can now reach any corner of the globe within 30 minutes max.”

He further stated that given the fact that the two nations with the most nuclear weapons in the world, namely Russia and the US, no longer have constraints, a fallout in this part of the world could turn the Caribbean and Latin America into a nuclear graveyard.

“While CARICOM as a group has to make its voice heard on the international stage about this latest distraction that could lead to the worst destruction the world has ever known, leaders and governments must also adapt to the global political realities facing the Caribbean in the 2020s, that require that the people everywhere, including in our part of the world, be informed about threats to their existence from anywhere.

"Living in the shadow of America, St Lucia, the Caribbean and Latin America are just as threatened as Americans at home and abroad by the possibility that, to 'make America great again', the current occupant of the White House can decide to just press the nuclear button and inform the world via Twitter,” Bousquet said.

“So in a situation where President Trump finally has his back against the impeachment wall at home and with only 10 months till his re-election date, he has also demonstrated time and again that he is predictably unpredictable, and therefore the world, in my view, has never been closer to World War III. The Caribbean therefore has no choice but to more than just take note, and we in St Lucia as well. The region, we may be considered as a mice, but squeak we must,” he added

“This is a distraction that can delve the entire region into a war and the only thing which is certain at this point is that Iran will respond, but the when, where and how is unknown. If the Iranians decide that they have to do something to teach America a lesson and take actions that would end up with destruction against America, we in the shadow of America will receive more than nuclear dust, but we will be in the line of fire.” 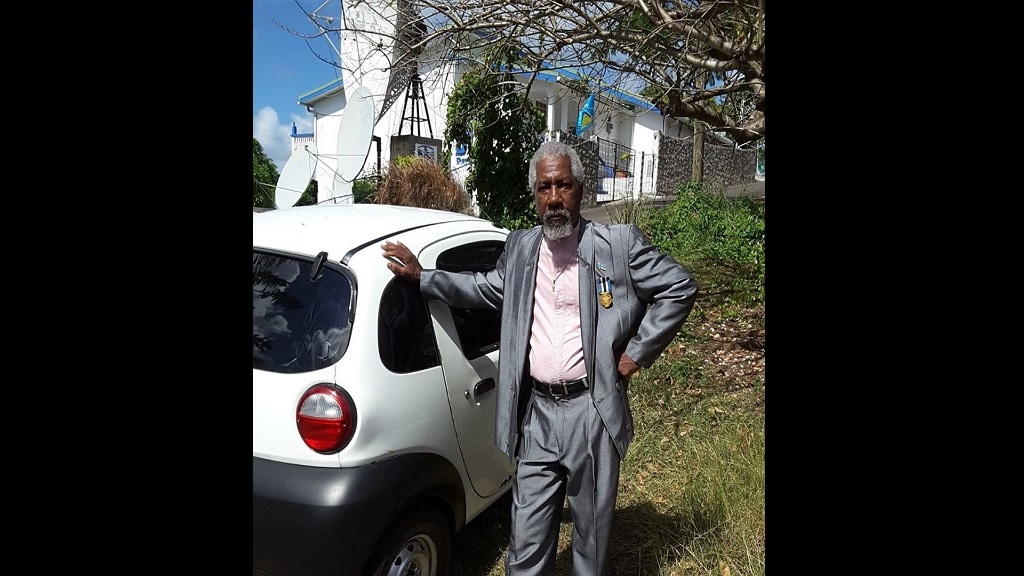 “And it’s about time that our leaders begin to explain to our people the nature of those threats to our very existence before it is too late. We take the lessons on climate change from what is happening in Dominica and other countries, but to what extent are we taking resilient action that we talk about. But war and military activities like what are going to be coming out of this Iranian issue are a whole different ball game, a different climate change in global military warfare, where drones are delivering bombs, a country can't attack another country without one man or woman being sacrificed,” he declared.

Bousquet also cited CARICOM’s opposition to the military intervention in Venezuela and the atrocities against Bolivia, and was of the opinion that CARICOM will receive more than just special attention from Washington from 2020 and beyond, given the fact that as of 2020, CARICOM became part of the UN Security Council, and the Caribbean is playing an effective role at the OAS and in international affairs.